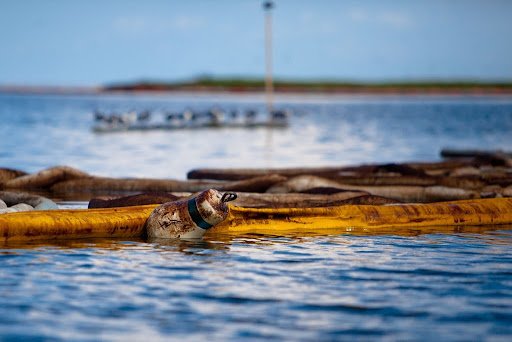 An inspection in October revealed severe corrosion along the exact 22-foot pipeline section where the spill occurred, yet repairs were delayed in compliance with criminally negligent federal regulations. The 42-year-old pipeline that ruptured is operated by Collins Pipeline Co., which is co-owned by the Valero and PBF Energy corporations, both of which receive hundreds of millions of dollars in government subsidies yearly.

The Pipeline and Hazardous Materials Safety Administration reports that the diesel spill occurred in St. Bernard Parish near a levee along the Mississippi River Gulf Outlet Canal between Chalmette and Bayou Sauvage National Wildlife Refuge.

Despite Biden’s promises of implementing the biggest climate investment in U.S. history, the state and federal government continue to serve oil companies. Bare-minimum federal regulations are responsible for this spill because they allowed the neglect of essential pipeline repairs. Nearly all oil pipelines leak; upwards of 350 oil spills occurred in Louisiana after Hurricane Ida alone.

“The recent spill in St. Bernard Parish is an abject example of Louisiana regulators’ cozy relationship with industry, defined by a desire to facilitate and promote industrial activity rather than protecting residents and the environment,” said Jack Reno Sweeney of the Louisiana Bucket Brigade — an organization which partners with and advocates for communities impacted by petrochemical pollution — to Liberation News. Sweeney emphasized the “lack of immediate communication with those most affected, local residents and workers in the seafood industry, after the spill was discovered.”

The Associated Press reports that “most” of the spill was cleaned up, yet only 50,000 gallons, one-sixth of the damage, have been recovered.

Oil spills damage the productivity and trophic structure of wetland ecosystems, which provide essential ecosystem services including water filtration, reduction of floods and shoreline erosion which are breeding grounds for commercially important species, barriers from hurricanes and nutrient cycling.

More than one-third of the United States’ threatened and endangered species are found in wetlands. The high viscosity of oil clogs the respiratory systems and organs of marine and terrestrial species; recall the heartbreaking images of dying seals, birds, whales, and turtles coated in oil following the 2010 BP oil spill.

When oil leaks into soil, nutrient cycling is disrupted, plants cease to thrive, and water cycles become irreparably disrupted. Dangerous chemicals find their way into the food and water we consume, even if spills don’t directly occur in agricultural areas. The 300,000-gallon spill leaked into the Bayou Sauvage Wildlife Refuge, which already suffers from soil damage due to contamination from illegal dumping, pesticide migration, vehicle emissions, prior oil leakages, and a nearby landfill.

Human activities have caused unusual mortality rates in amphibians of this refuge and the destruction of brown pelican nesting grounds, and with this new massive spill, further degradation is inevitable.

When Louisiana’s wetlands are damaged, the entire country suffers. Hurricanes become worse and worse when land barriers degrade; recall Hurricane Ida’s unprecedented excursion all the way to the Northeast United States, and the destruction left in its path. Furthermore, shrimp, oysters, crabs, and other species of shellfish that breed in wetlands are seriously endangered by wetland damage, disrupting our food supply.

This oil spill is another environmental catastrophe among many that have wreaked havoc upon the working class.

Other examples include the recent military-induced crisis at Red Hill in Honolulu, where oil-contaminated drinking water caused major short and long-term health consequences, the violent state-sponsored repression of indigenous DAPL protestors, and the petroleum refinery-induced cancer epidemic in Louisiana’s own Cancer Alley.

It is clear that the oil economy directly harms working and oppressed people as well as the planet.

The CEOs and bankers who continue to profit from the use of fossil fuels can afford to move to greenspace-filled neighborhoods far removed from industrial areas and environmental destruction, while ordinary people are forced to suffer the health and economic effects of their actions.

For the earth to live, capitalism must end

“The [spill] emphasizes the need to decommission all fossil fuel infrastructure —i ncluding the countless miles of active and inactive pipelines cutting across our wetlands and the Gulf — and initiate a full and just transition away from petrochemicals in the immediate future,” Sweeney concluded.

The United States is the wealthiest country in the world and has more than enough resources to transition entirely towards clean energy. Drastic change is necessary to end drilling and reverse the environmental degradation the fossil fuel industry has wrought throughout the Gulf and beyond.

It is past time to start prioritizing long-term sustainability over short-term profits. Under the capitalist system, despite occasional “green” rhetoric, capitalist politicians will remain the puppets of corporations.

A militant people’s movement can bring about the immediate policies and urgent system change necessary to stop environmental destruction. Ultimately, a socialist economic model based on centralized planning and sustainable development must replace the current system of overproduction and waste at the expense of all life.

The right is surging in the U.S., but there’s cause for hope

When Canada’s housing bubble pops, it will cause misery and ruin