NEU joins the fight: five ways to build the strike 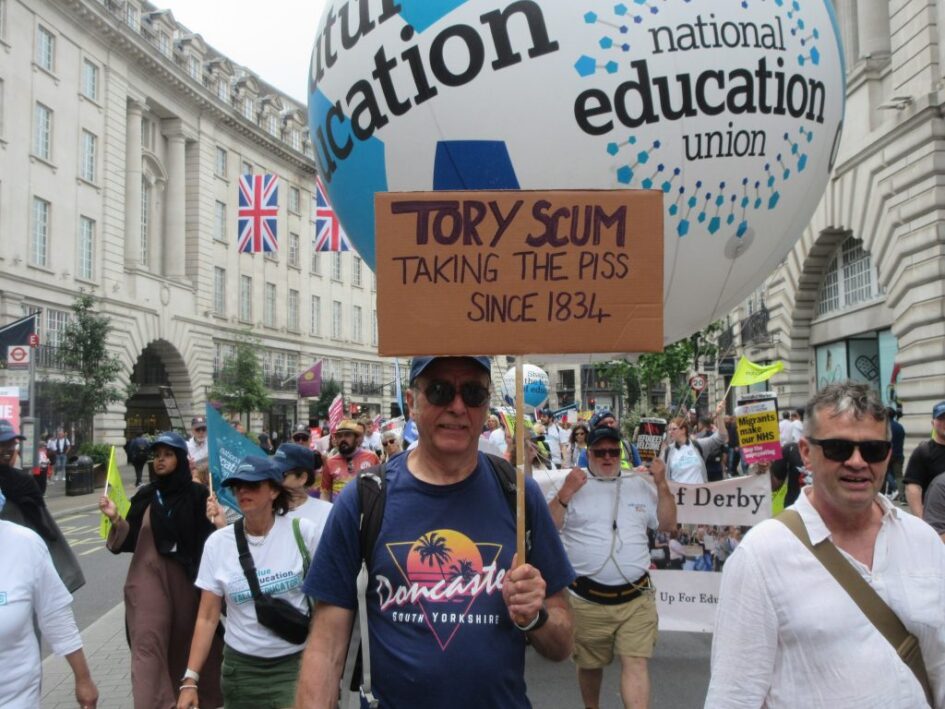 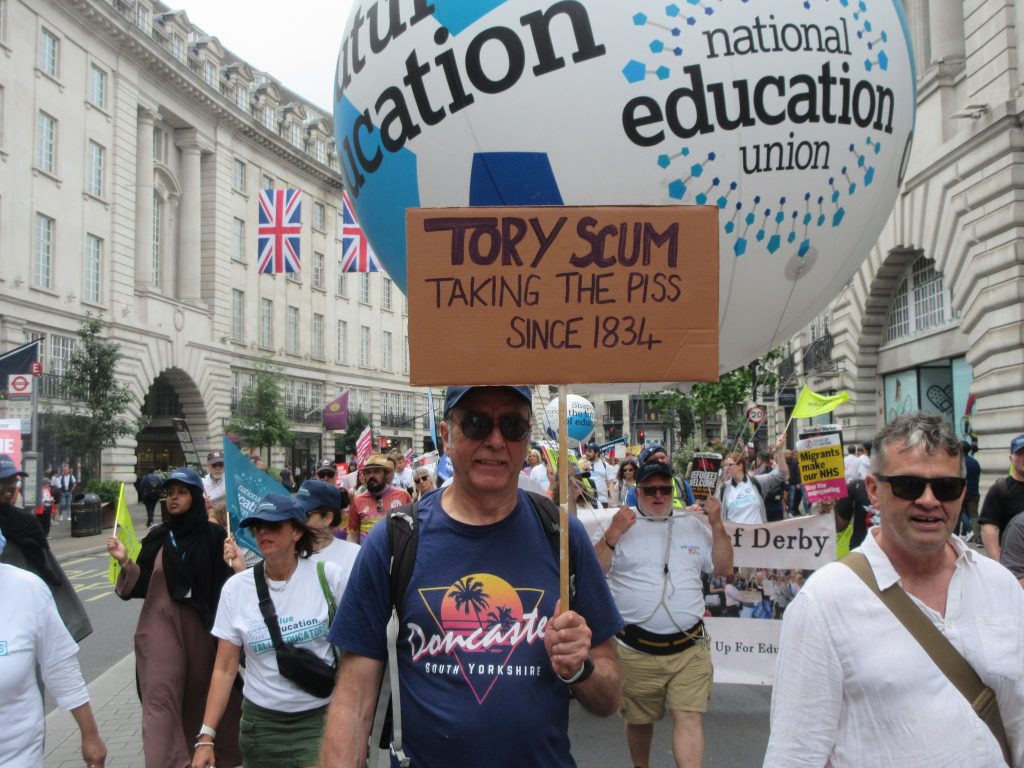 The results announced today by the NEU – the National Education Union – are a blow to the government. Breaking the anti-union thresholds in a ballot of over 350,000 teachers is a historic achievement, though narrowly missing the turn-out needed in the ballot of support staff in England is disappointing. The teachers’ result allow us – teachers in England, and in Wales both teachers and support staff – to join a growing strike wave over the cost of living crisis.

We join workers in the rail and Royal Mail who have held several cycles of strikes. These have been some of the of the most popular and effective strikes in years. Both have remained solid despite the government blocking a settlement. The NEU has an impressive record of political campaigning but limited experience of sustained strike action. While transport and postal workplaces can draw on their history and culture of industrial action we need to create one. Yet we are not starting from scratch – we can also build on our own experiences and strengths.

Five ideas for a school strike

Exceeding the anti-union laws on turn-out in a national ballot is a historic moment for the NEU. To do so in an aggregated ballot of this scale across so many smaller workplaces is a phenomenal achievement. As the biggest education union in the UK we have the ability to shut down the majority of schools when we strike. To build momentum we need to hold school meetings as quickly as possible – meetings focused on engaging members and building for our first day of action.

We need to start by asking people not ‘will you strike?’ but ‘what can you do on the day?’ The more members who are actively involved, the more activists we’ll have to drive future days of action. A clear plan will make it easier to recruit people to the union and to the strike day.

Every area has a school in it. Every school should have a visible picket, with union flags and banners raising our demands for fair pay and proper funding.

Guidelines around strikes state that there should be no more then six pickets standing by ‘an entrance’ but there is no limit on the number of members who can join a picket. With enough people we can picket the entrance and have a presence at the busiest points near the school focused on the wider public. Our pickets should have a whiff of a spirit of protest about them with music and leaflets to explain why we’re out. The more people on the picket the more energy it will have, but even with two it’s worth doing.

Pickets need to start early enough that anyone working on the strike day is aware they’ll have to cross it. Ideally you want at least one person ready to put the argument about why to support the strike to anyone planning to go in.

Things to organise in advance: Communicate the times the picket will start and finish and a way of people signing up for when they can join from and to. Someone should sort and bring music. Someone should ask the local NEU district for flags and materials. Get volunteers to make a banner to have at the most visible location on the picket. If there’s going to be enough people, then someone should contact the local press.

Most schools have a local cafe or coffee shop that staff use. A coffee and sit down provides a space for those that picketed to talk about how it went and those who weren’t confident this time to dip their toe in. Spaces to ‘assemble’ and talk outside the routines of work or socialising with friends are central to consolidating a union group. Just as importantly, it’s a chance to warm up and gives people another point in the day to find you and join in.

Things to organise in advance: Communicate times people will be there and when you’ll aim to leave. Provide a way for people to confirm that they plan to be there. Someone needs to let the cafe/coffee shop what to expect in advance.

One of the best aspects of previous teachers’ strikes has been the local protests. Many schools are small workplaces and some union groups are stronger then others, but coming together on a demonstration gives confidence and a sense of being part of a much bigger campaign. This year we should be joining with other groups of workers striking back against the cost of living crisis. Joining as a group will help people get the most out of it.

Things to organise in advance: Check with the local NEU District where the protest is assembling and where it is heading. Arrange a time and place to meet as a group – it should be near the protest, but in a place which won’t be swamped by people arriving. If travelling into a city, consider arranging an assembly point nearer the school for people who will travel together, and one nearer the protest for people who live further afield.

Arrange a place to get together and relax at the end of the demo. The most important part of taking part is forging new connections based on taking action. A space for conversations is key to forming a school group. Strike days should have a sense of fun and celebration.

Things to organise in advance: Someone needs to find a venue (a pub, bar or cafe) and book a table. Communicate the time you expect to get there and let people know if they do food.

The best time to sign people up for further action is when they’ve been lifted by the action they’ve taken. Before the first strike day we need a plan for the next ones – and a school meeting before then if we need to reach out to more staff.

Building momentum is key. That means trying to get members to increase their involvement in future strike days and reaching out to those that didn’t strike this time. Taking part in the day should give more members the confidence to convince others they should join the union and join the action. Ultimately we want everyone who’s working in a school to strike. That means building a network which can carry discussions beyond the existing union group and throughout the school.

Things to organise in advance: Draw up a rough plan for the next days of action and a way of signing people up. Create a target list of people for other members to follow up. Who do we want to be more involved next time? Who might be convinced to take responsibility for doing something next time? Who didn’t support us this time but might be convinced to support the next one?

The Anti-War Committee Joins Groups Around the Globe to #StandWithThe6