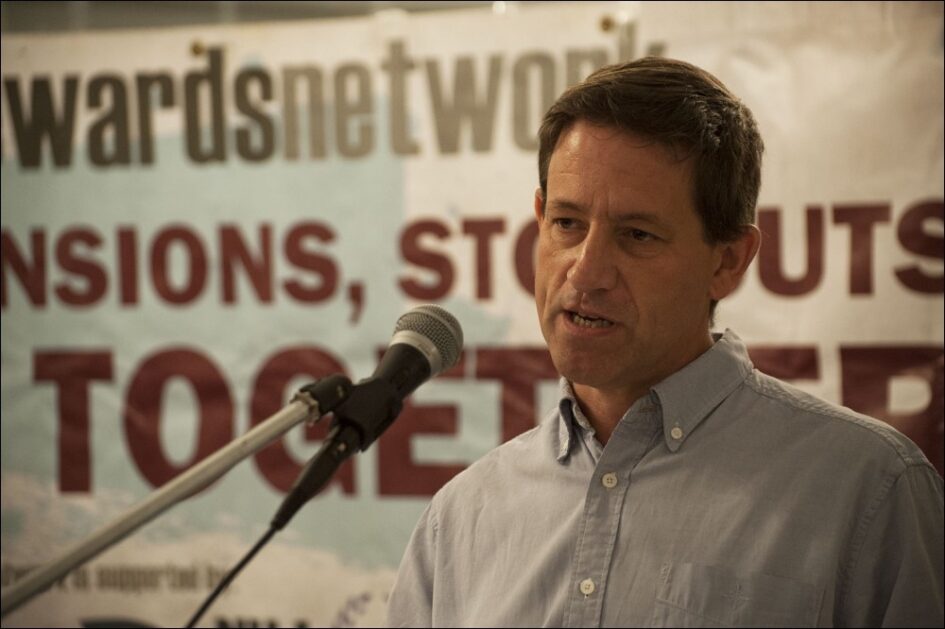 From The Socialist newspaper, 25 August 2021 After all that educators have done throughout the pandemic, the ‘reward’ that we have received from this government has been a pay freeze for teachers and a miserly 1.5% for support staff.

When inflation is heading towards 4%, these are real-terms pay cuts.

If we fail to respond to this insult with action, we will only be inviting more attacks – like a lengthening of the school day and yet further cuts being made to school and college funding.

Letters and petitions are not enough. We need to learn the lessons of how we forced a U-turn over Covid safety – by using the collective strength of the whole union acting together.

The government left it to the very end of last term to confirm that their ‘thank you’ for all of the exhausting work we carried out throughout the pandemic would be to impose a 0% pay freeze on teacher salaries. Support staff had already been offered just 1.5% and teachers in Wales 1.75%. Even NHS staff have only been awarded 3%.

With the Bank of England predicting inflation at 4% by the end of the year, these are all actually pay cuts.

But this pay injustice should come as no surprise. The pay freeze was first announced last November.

Ministers waited to see what response they would get from the National Education Union (NEU) and other unions. They obviously concluded that they could get away with it. We need to prove them wrong!

We are facing a callous, conniving government that, having looked after its friends during the pandemic, now wants school and college staff, and the communities we support, to foot the bill through cuts to our pay and conditions – and to the learning conditions for our students.

If they succeed with imposing pay cuts, ministers will only gain in confidence to deal us another blow.

They are already threatening to extend the school day, worsening our contracts and workload yet further.

Letters and petitions alone will have no real effect. Instead, we need to learn the lessons from last January when, faced with NEU members invoking their Section 44 health and safety rights union-wide, Boris Johnson was forced into a U-turn over his unsafe school opening plans.

That’s why I believe we now need to act with confidence and determination and prepare for national action.

The NEU rightly stresses the importance of building workplace strength. Important victories have been won by individual school and college groups taking strike action over the last year. But when we face a national attack, as we do over pay, then winning at a workplace level is not enough. We need to organise together nationally.

Of course, the government has deliberately put a significant hurdle in the way of unions by imposing a 50% postal ballot turnout threshold for industrial action to proceed. But, if the NEU is going to be able to defend educators and education, it has to overcome that barrier. The job of a union leadership is to work out a plan to make sure we can do so. I am standing as NEU deputy general secretary to provide such a lead.

Immediately, we need to make clear to both ministers and educators that we aren’t accepting this attack lying down. Meetings and rallies need to be organised to explain and to convince NEU members of the need to act. They should be backed up with campaign materials for colleagues – and for parents and the public too.

Locally and nationally, we need to bring colleagues together from other unions, including in the NHS, to build a coordinated campaign of action, starting with setting a date for a national demo.

We need to organise meticulously at every level of the union to put in place the steps needed to ensure we are ready to proceed with a successful ballot, learning from NEU groups and other unions who have successfully met the thresholds.

If we are going to build for national action, we should also widen our demands beyond just the pay award.

We should submit a claim for a new national contract for all staff that includes binding pay scales on all employers and an end to performance pay. But our working conditions are just as important – perhaps more so for many staff given levels of workload. Our claim should also include a call for legal limits on both class sizes and on overall working hours.

Finally, for schools to be able to both pay us properly and employ sufficient staff to meet pupil needs, our action needs to be part of a campaign to reverse cuts and win the funding that our schools and colleges need.

In October, vote for Martin as your NEU deputy general secretary

Martin has worked over decades to build a strong, campaigning union.

As Lewisham National Union of Teachers (NUT) secretary for over 20 years, he supported hundreds of colleagues and organised many successful campaigns, opposing cuts and academisation, defending pay, jobs and workload, challenging racism and management bullying.

As a member of the NUT national executive from 2010-15, and then as London regional secretary from 2016-19, Martin showed he could provide national leadership too.

He is now a science teacher and local NEU officer in the North West.

Martin has been nominated to stand as DGS because he has the proven record, ideas, experience, and commitment to provide the leadership needed if we are to stand up to the attacks we face.

Afghanistan: The Taliban takeover – what are the lessons for the workers’ movement internationally

UK hospitals in danger of collapse

Homelessness workers fight for better pay and conditions across sector

SNP-Green deal will not deliver for workers and youth

Reflections on the Lebanese tragedy one year on

Why I rejoined the Socialist Party