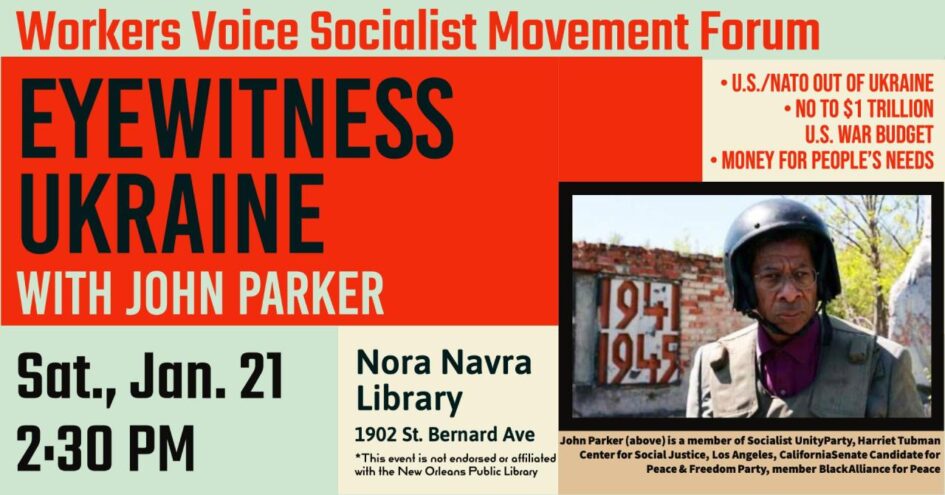 Louisianans are suffering as the owners of oil and gas companies, war profiteering corporations, and banks rake in billions from another bloody war for profit.

Join Workers Voice Socialist Movement for a forum at the Nora Navra Library on Saturday, January 21, to learn the truth about the war in Ukraine. Hear from John Parker, who has visited Ukraine and seen what is truly going on. A member of Socialist Unity Party, founder of the Harriet Tubman Center for Social Justice, California Senate Candidate for the Peace & Freedom Party, and a member of Black Alliance for Peace, John has been organizing against imperialist war for decades.

Fight for healthcare, housing, and higher wages, fight to end all US economic and military wars for profit. Join us!

RUSSIAN REVOLUTION AS NEVER SEEN BEFORE: the real story, told by an eyewitness – EXCLUSIVE

The Russian Revolution as never seen before: An eyewitness account