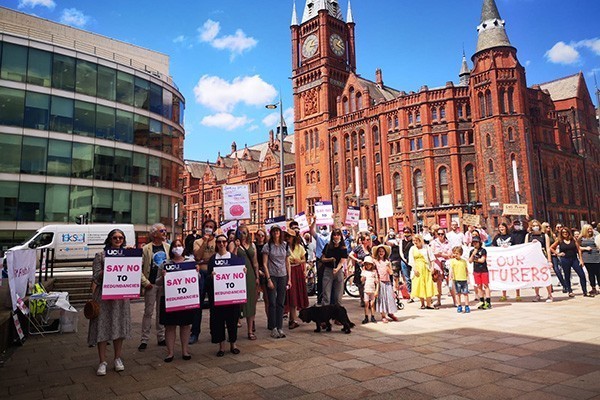 Workers are launching a fightback in universities and colleges as the new term begins with a number of strikes and disputes set to kick off in the next few weeks.

Workers in further education have seen as much as a 30 percent pay deduction in the last 10 years. They will also strike over workload and conditions.

Activists in the UCU union are getting ready for significant strikes in higher education in defence of the USS pension scheme.

If the scheme is slashed, some workers could see a 35 ­percent cut to their pensions.

Along with the attacks on pensions, university ­workers also plan to strike over equal pay, casual contracts, ­workload and a real-term pay rise.

Last week, delegates to UCU’s special HE Sector Conference voted in large numbers to pursue both disputes together.

The new term and an influx of students will bring a fresh threat of covid outbreaks in universities.

Many UCU activists are making it clear that staff should feel confident enough to walk out if they think their working environment is unsafe.

UCU members at Liverpool university will head back to the picket lines once again.

Strikes throughout this year have already pushed the university to reduce the number of planned redundancies from 47 to just two.

Workers at the university will not stop until the number is zero and have planned to strike from 4-8 of October.

Already there is potential for action at Dundee university which has ignored the Scottish government’s Covid safety guidelines.

And Dundee is also the subject of another dispute this time around “pension poverty”.

University bosses want to scrap the workers’ pension scheme and replace it with one that leaves their wages after retirement at the mercy of the market. The attack affects as many as 900 workers at the university.

Members of the Unison union are set to strike for five days from Wednesday of next week, with a rally in the city centre on the first day.

It is clear that workers in higher and further education are pushing hard against the further marketisation of an education system run for profit.

Linking up these disputes for a unified fight will be essential.