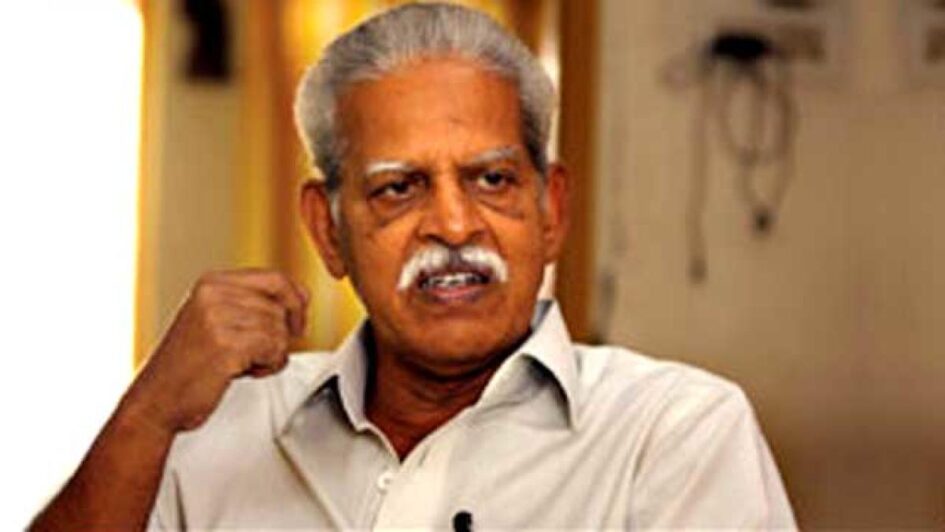 Bangalore Urban District, October 22, 2021: Additional sessions court in Madhugiri issued a non-bailable warrant (NBW) on Thursday to Telugu poet and political prisoner Varavara Rao in connection with the Naxal attack case dating back to 2005. It issued the warrant for non-appearance before the court.

The Madhugiri court did not consider the condition imposed by Mumbai High Court that Mr. Rao, who is on bail in connection with the Bhima-Koregaon case, cannot leave the city. “Hence, we will move High Court to appeal for cancellations of NBW,” said Nagi Reddy, Mr. Rao’s lawyer.

Mr. Rao is currently on bail for a period of six months in the Bhima-Koregaon case and one of the bail conditions is that he cannot travel out of Mumbai. He was granted bail on medical grounds.

In February 2005, Mr. Rao was charge-sheeted as accused number 12 in the Naxal attack case in which seven persons, including six Karnataka Special Reserve Police personnel, were killed in Venkatammanahalli, Pavagada taluk.