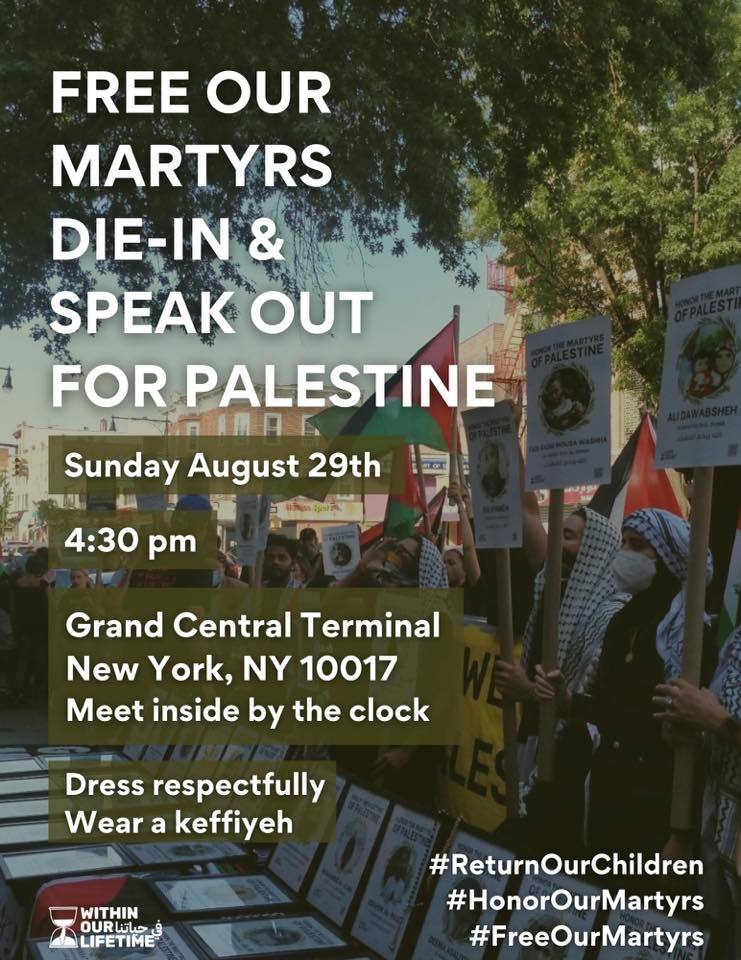 New York City: DIE-IN and rally for Palestine this SUNDAY August 29th at 4:30 PM inside Grand Central Terminal (in the center by the clock)

As Gaza is getting bombed and the number of martyrs continues to grow due to israels ongoing genocide of the Palestinian people, we must stand against this genocide and honor the martyrs who’s lives are taken on a daily basis, and demand the return of Palestinian martyrs bodies who are being held hostage by the Zionist entity.

Between August 27-29 Palestinians will be mobilizing to demand the right to bury our children and to practice one of the most fundamental aspects of the human condition: the right to mourn. 254 Palestinian martyrs are buried in israeli military patrolled grave sites, 81 are in police morgues and 68 are disappeared. Denying dignity to the dead is one of the gravest violations of human rights, and yet israel continues to act with impunity.

These are just a few of the hundreds of Palestinians who have been murdered by occupation forces recently. We will not forget, we will not forgive, and we will never stop fighting for Palestine until all of the land is liberated from the river to the sea.