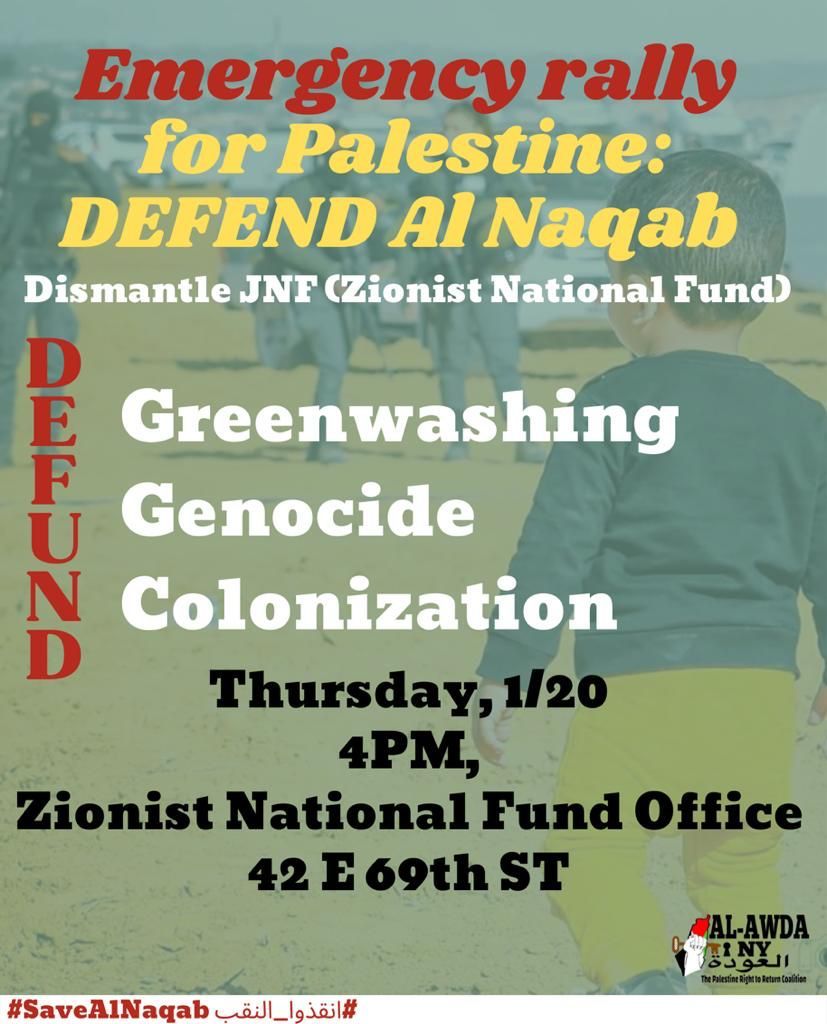 Emergency Rally for Al-NaqabJoin Al-Awda NY on Thursday, January 20th to answer the call from Palestine to defend Al-Naqab. Al-Naqab accounts for 55% of Palestinian land and is facing the escalated threat of zionist colonization & ethnic cleansing- by zionist colonizing forces and aided by the JNF (zionist national fund). Mobilized by the JNF zionist settlers (agents of colonization) plan to steal Palestinian land in Al Naqab & build illegal settlements over the lands and homes of indigenous Bedouin Palestinians. The zionist entity and the JNF are greenwashing incremental genocide of Palestinians while at the same time destroying the environment, by uprooting trees, producing obscene amounts of waste, and engaging in gross consumption and waste of water.Just recently, zionist colonizing forces abducted over 40 Palestinians who tried to protect their homes and lands from zionist invaders. Talib Sa’aydeh, a Palestinian father of four, was one of many protesters targeted by colonizing forces who shot him in the skull, leaving him in a coma.We join the call to1. Mobilize in support of Al-Naqab & all of Palestine;2. Demand State and Federal Authorities shut down genocide and racism by shutting down the JNF and all zionist settler organizations;3. Sanction “israel” and zionist war crimes and settler organizations in the US and globally until the dismantlement of the zionist colonization project;4. Provide Palestinians with all supplies needed to defend and preempt zionist violence!