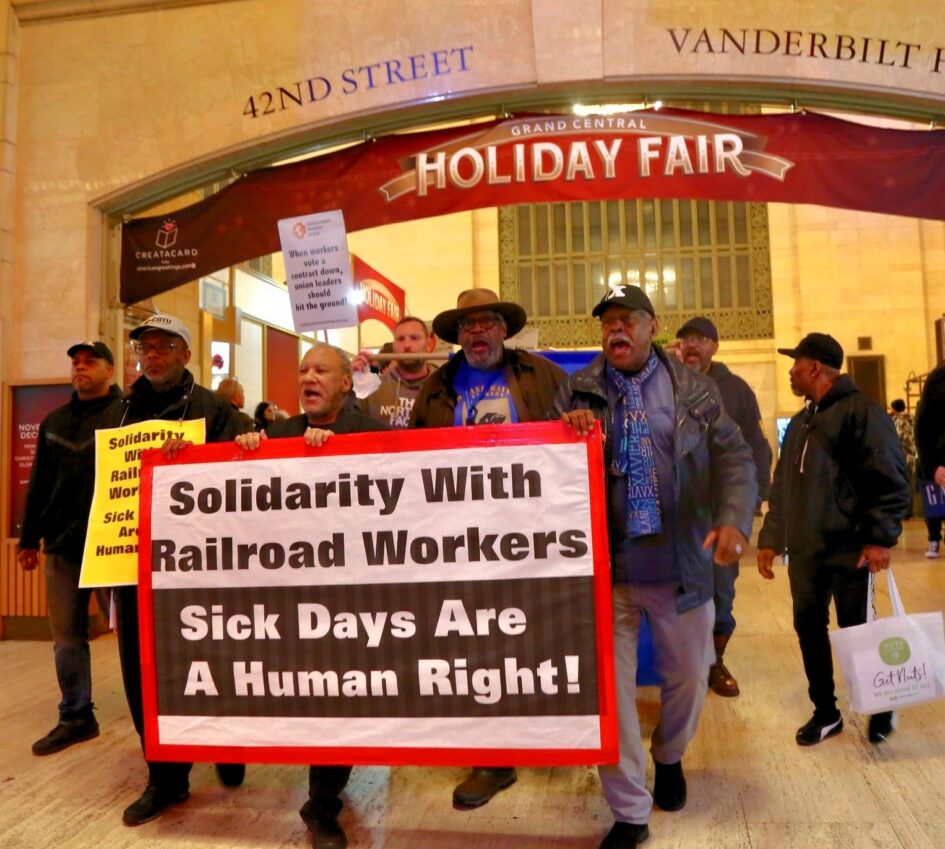 A coalition of unions, activists and workers’ rights groups protested Dec. 7, outside and inside Grand Central Station in New York City, to demand full sick pay and labor rights for the 115,000 rail workers who transport essential goods. Their 11 unions were denied the constitutional right to strike by a bill passed by Congress and signed by President Joe Biden Dec. 2. 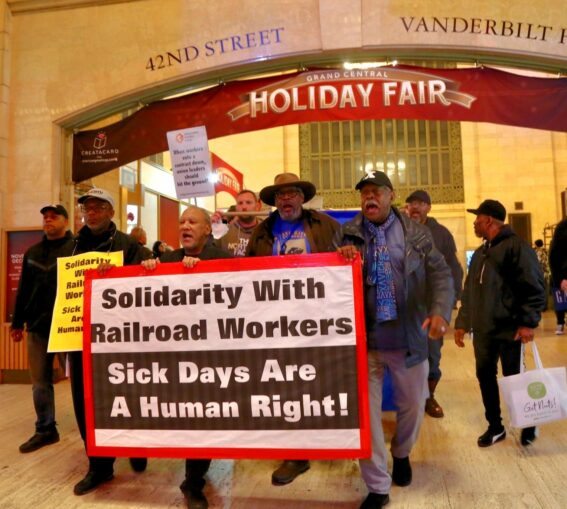 Coalition organizers called out Biden for his assistance to Wall Street and the rail corporations, which loot billions in profits from rail workers’ labor, while endangering their health and safety.

“If Biden wants to avoid disrupting the economy during the holidays,” said Larry Holmes, a leader with Workers Assembly Against Racism, one of the coalitions calling the action, “with the stroke of his pen, he can extend Obama’s legislation requiring paid sick leave for employees of companies with federal government contracts to rail workers.

“Congress’ anti-worker legislation should shatter any illusions that the Democratic Party is the party of the working class. Biden’s signing the deal gives the lie to his phony statement, made for the umpteenth time on Labor Day 2021, that he is ‘the most pro-union president leading the most pro-union administration in American history.’”

Sick days and the right to strike are human rights!

On “Gassing the Arabs” and Other Diseases: Is Israel a “Sick Society”?

The pandemic economy – sick workers can’t do their jobs

I’m Sick of the Oscars, Will Smith, and Chris Rock