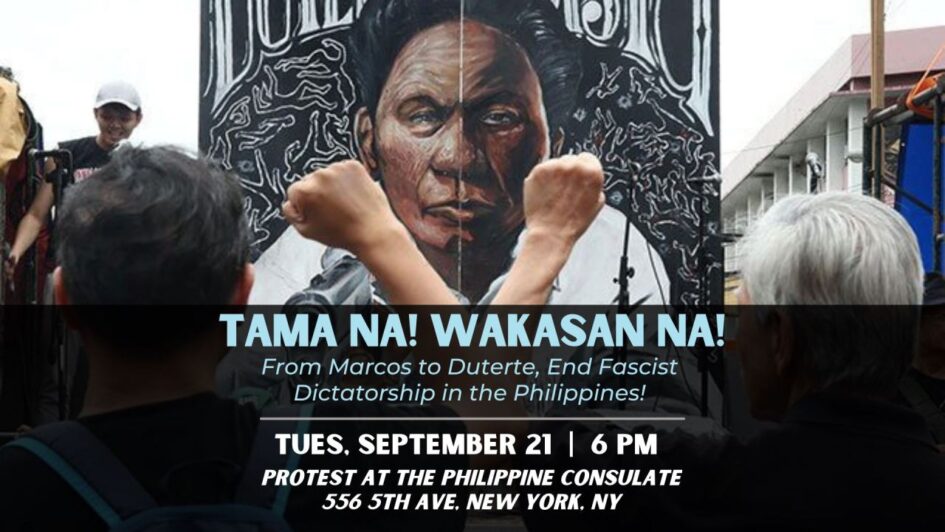 Join Filipinos and concerned community members for a protest rally on the anniversary of martial law under Marcos to condemn the current fascist dictatorship in the Philippines!

September 21 marks the 49th anniversary of the declaration of martial law under the dictator Ferdinand Marcos in the Philippines. Today, the Duterte regime seeks to continue its legacy of terror and fascism.

Rodrigo Duterte’s party has confirmed him to be their Vice Presidential candidate for the May 2022 presidential elections as a way to circumvent the constitutional limitation on presidential terms.

Duterte’s legacy is that of state sanctioned murder, a failed pandemic response, and the selling out of the Filipino nation to China and the United States.

His quest to quell dissent has extended to the United States, with the formation of NTF-ELCAC – backed groups like FACT that terror tags activists and community organizations.

We cannot allow for another 6 years of Duterte or any other tyrant who will oppress and exploit the Filipino nation for personal gain and profit!