New Yorkers say no to NATO 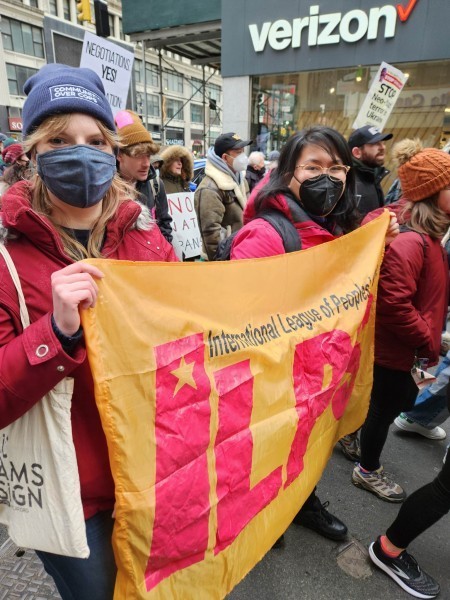 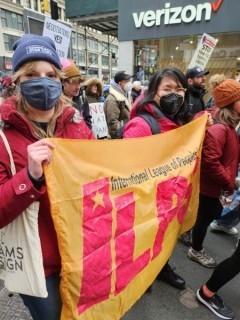 New York, NY – Around 300 people braved the first snow of the season on Saturday, January 14 to gather in Times Square outside of the U.S. Army recruiting office and say no to NATO and U.S. militarism. The rally was called by the Act Now to Stop War and End Racism (ANSWER) Coalition and United National Antiwar Coalition (UNAC) as part of a weekend of action in honor of the legacy of Doctor Martin Luther King Jr.

The event featured a series of powerful speakers who demanded money for healthcare, education, housing and the environment instead of U.S. imperialism.

John Parker of the Socialist Unity Party spoke to an approving crowd about the purpose of the event, “NATO is the most violent, belligerent, aggressive military alliance history has ever seen. Russia is not our enemy. China is not our enemy. Our enemy is U.S. imperialism and its attack dog NATO.”

Later, the crowd marched through the streets of Midtown Manhattan, blocking traffic and chanting “They say more war! We say no war!” and “No to NATO! Yes to peace!” As the march continued, onlookers showed their support – from construction workers waving to the crowd, to retail staff gathering in a window with raised fists.

The march concluded at the People’s Forum, where the program continued with a teach-in.

The western version of Ukrainian history is dishonest, to say the least…

‘Don’t say gay’: anti-equality legislation spreading state by state in the US