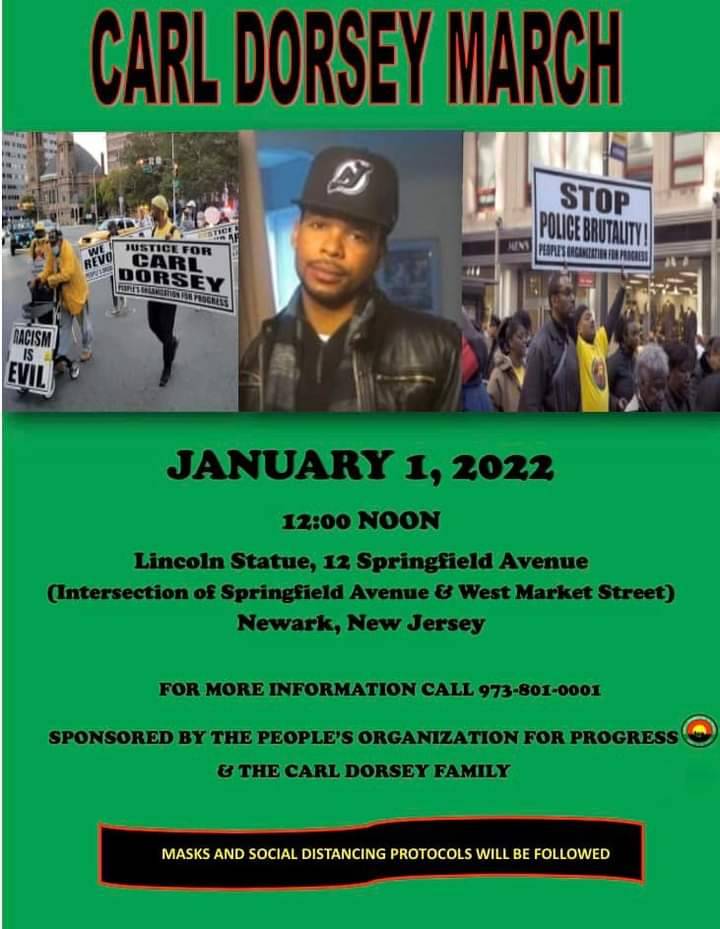 On Saturday, January 1st, the People’s Organization for Progress will host a rally to demand answers in the investigation of the police killing of Carl Dorsey. Dorsey was shot and killed by an undercover Newark police officer on the evening of January 1st 2021 just after the City of Newark had gone through all of the year 2020 without having fired a shot!

Dorsey’s shooting was captured on videotape. He was unarmed when he was subject to that fateful encounter. The investigation is considered by serious social justice activists as a test of the relatively new Independent Prosecutor’s Bill. Passed into law in 2018, the bill puts any police killing or death of a civilian in police custody in the hands of the Attorney General to reassure community trust and accountability when the previous practice of such investigations being done at the county level elicited long standing distrust.

Father fatally shot by Newark cop was ‘loved by a lot of people,’ family says