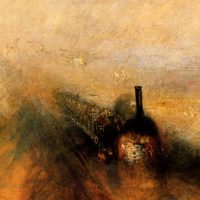 The Center for Advanced International Theory (CAIT) and the Political Marxism Research Group will be hosting a presentation by Dr. Pedro Salgado Dutra (Postdoctoral Fellow at the Institute of Economics and International Relations at the Federal University in Uberlândia, Minas Gerais, Brazil), on ”Agency and Geopolitics – Brazilian State-Formation and the Problem of Eurocentrism in International Historical Sociology’.

Abstract: Narratives that explain the rise of modern international order through structural processes, such as the ‘globalisation of international society’ or ‘intersocietal combination’, face difficulties to capture the peculiarities of state formation beyond Europe. To overcome this limitation, this paper develops a historicist reading of Political Marxism to argue that class agency remains analytically productive to understand the social and geopolitical struggles that shape diverse extra-European cases of transition towards modern sovereignty in their historical specificities. This argument is developed through a reconstruction of the Brazilian historical experience within a transatlantic perspective. Here, transformations in statehood need to be understood as an outcome of disputes between its landowning oligarchy against Portuguese colonialism, geopolitically mediated by British informal empire throughout the early 19th Century. This moves narratives of state-formation beyond the transposition of European experiences to other contexts by stressing the agency of non-European subjects in the making of their own history.

‘We are in Nobody’s Backyard’: Rejecting Geopolitical and Historical Fatalism

Political Marxism And The Social Sciences