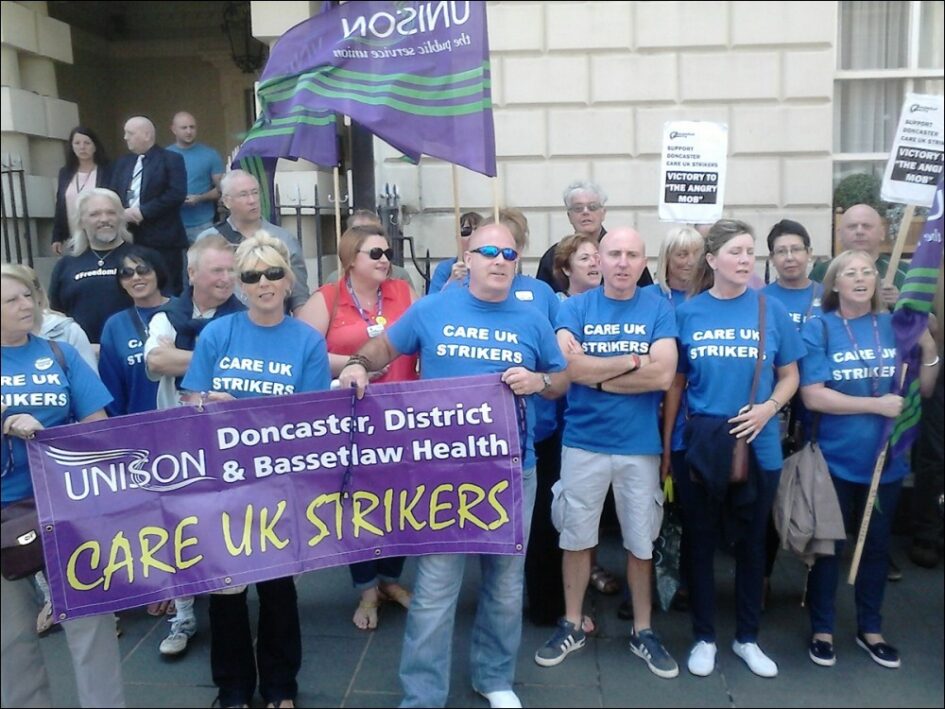 Social care is in crisis and needs fixing. There’s no doubt about that. Over 40,000 died from Covid in care homes during the pandemic in an overwhelmingly privatised system that puts profit before safety.

Average pay for care workers is a paltry £8.50 an hour. One in four are on zero-hour contracts. With that level of pay and condition it’s not surprising that there’s a shortage of 170,000 care workers.

And the NHS needs much more funding. The Tory health minister himself has said that NHS waiting lists could rise to 13 million! The Health Foundation charity says it would take nearly £17 billion just to deal with the current backlog. Three times the initial £5.4 billion that the Tories are promising!

After everything they’ve been through in the past 18 months, health workers have been given a miserly 3% pay offer. Taking into account inflation that’s actually a pay cut! NHS workers would need a 15% pay rise just to take them back to the level of 2010 when the Tories started their austerity offensive.

Once again the Tory response is to make working-class people pay the cost of a crisis not of their making. Increasing national insurance contributions will hit working people in their pockets just as food and energy prices are going up, the Universal Credit uplift is being scrapped, and workers are facing attacks on their wages and conditions through ‘fire and rehire’ and other onslaughts from the bosses.

This isn’t about young versus old. It’s about a system where the rich have got richer even during the pandemic and the rest of us are struggling. There should be no place for private profiteers in our health and social care system. Everyone should have access to free universal health and social care in an integrated system based on need not profit. It should not be based on ability to pay.

The Tories have shown during the pandemic that the money can be found. Especially when it comes to giving contracts worth billions to their big business friends in the private sector. They are the ones who should be coughing up to fund the NHS and social care, not low-paid workers.

The Trades Union Congress has calculated that if capital gains tax – the tax on profits from assets like stocks and property – was paid at the same level as income tax, that would alone generate £17 billion a year for funding health and social care.

But taxing the rich and big business should be just the start. They will do everything they can to avoid paying higher taxes that eat into their profits. We need to be able to plan the funding of health, social care, education and other services based on need not profit. That would be possible if the major companies and banks and financial institutions were publicly owned and democratically controlled by workers and service users.

That’s what the Socialist Party is fighting for. Join us.