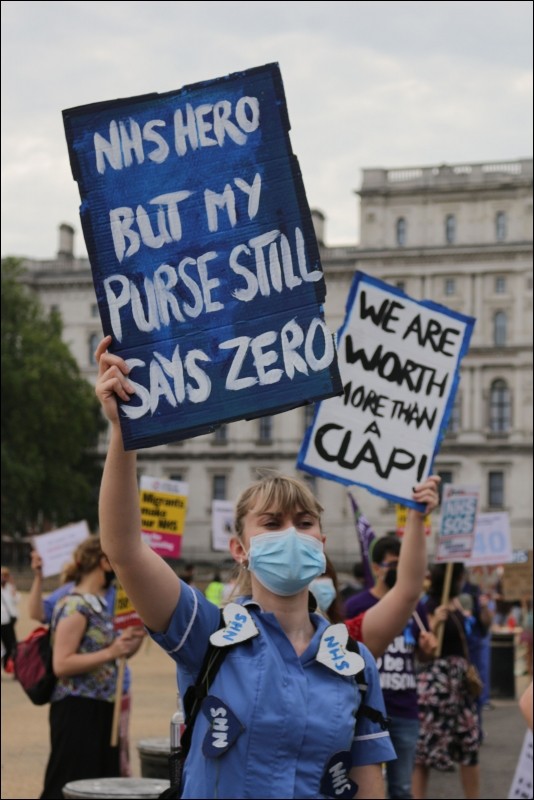 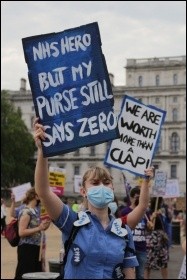 The number of NHS trusts which have declared critical incidents because of Covid staff shortages is into double figures and rising. Many more hospitals are cancelling operations or closing maternity units, unable to staff wards and operating theatres. This could develop into nationwide urgent care-only provision. It is reported almost one in ten NHS employees are now off sick.

A student nurse and Socialist Party member spoke to us before his shift on a busy ward at Great Ormond Street hospital:

“The main issue facing us in children’s nursing is staffing levels, a lot of staff are testing positive and having to isolate. People are calling in last minute and wards are understaffed. Patients are not getting the level and quality of care that we would like to give them; we are unable to spend as much time with each patient. It’s unsafe. We are responsible for administering drugs and monitoring patients. If overworked and tired staff miss something, it’s potentially very dangerous.

“Mental health problems are common among staff. Having been working through the pandemic for ages already, and now with lower than ever staffing levels, staff are feeling overwhelmed and overworked. We are not getting the leave we need because of the requirement to cover absence. It is difficult to cope with constant high workload. It’s taking its toll.

“The whole government response to the pandemic and years of cuts and privatisation have led to the current situation developing. A lot of the existing issues with understaffing revolve around pay. Nurses and other NHS workers just don’t get paid enough. Increasing numbers are leaving the profession without the pay, support, work-life balance and adequate leave we need. There is a lot of frustration on the wards with people talking about strikes. Nurses feel undervalued and are passionate about changing things.”

NHS staff in unions Unison, GMB and RCN, have all decisively voted to reject the government’s 3% pay offer for 2021-22. In consultative ballots 89% of RCN members voted for action short of strike action and Unison members voted 77% in favour of sustained industrial action. The fight continues to force the leadership of these unions to move to a formal ballot.

A cross-union battle for a decent pay rise and working conditions is what is needed to start to address the long-term NHS staff shortages, alongside a campaign for a fully funded, publicly run health service.

Covid and the failure of the NHS

The NHS, the Covid pandemic and the private insurance takeover

Where is the hue and cry about the COVID mental health crisis now?