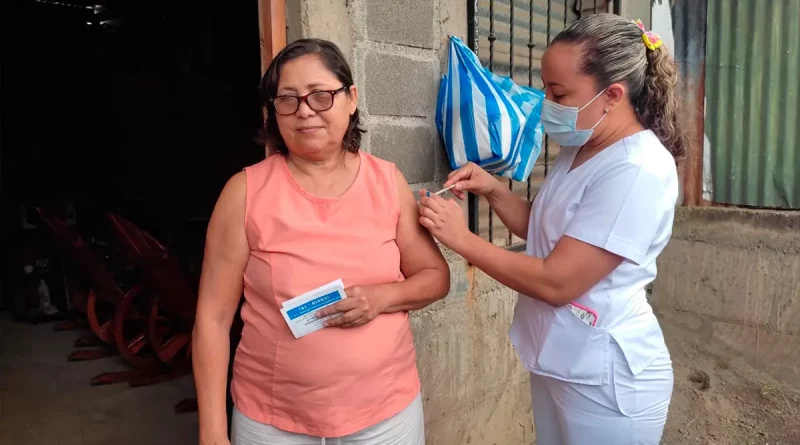 When Nicaragua identified its first COVID-19 case on March 18, 2020, President Daniel Ortega understood that shutting down the economy would be catastrophic for the country’s informal farmworkers. In Nicaragua, three-quarters of all jobs are in farming. If workers don’t work, they don’t get paid. 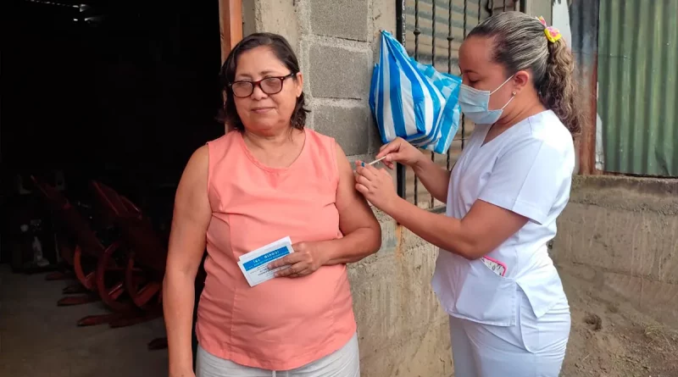 Nicaragua’s Sandinista government has been working for the last decade to strengthen local food production and self-sufficiency in the face of Western sanctions. Small, informal farmers play a decisive role in the Nicaraguan agricultural sector, producing 80% of basic grains and 65% of livestock products. Smallholder farmers generate most of the sector’s exports, including coffee, meat, peanuts, sugar, sesame, beans and dairy products. Since the Sandinistas’ food sovereignty campaign began in 2007, Nicaragua can produce around 80% of all the food it consumes.

President Ortega was under pressure from all sides to introduce strict COVID-19 restrictions and lockdowns. Nicaragua’s neighbors, El Salvador and Honduras, imposed lockdowns two days after registering their first cases. Costa Rica enacted lockdown March 16, 2020, and closed its borders three days later. These three governments demanded Nicaragua join in closing the regional economy. Right-wing domestic opposition groups and media were also calling for a complete shutdown of the economy. But Nicaragua had barely recovered from a violent U.S.-backed coup attempt in 2018, and a lockdown would further strain the government’s attempt to rebound economically.

Because the Sandinista government chose to thread a narrow needle and protect the livelihoods of small and informal farm workers, Western liberal corporate media seized the opportunity to attack and began to spread misinformation.

On April 4, 2020, BBC News claimed that the Ortega government had taken “no measures at all” against the virus. The Guardian wrote that the “authoritarian” Ortega was one of four world leaders in denial about the virus. The Washington Post invented a narrative about Ortega “vanishing,” and the Lancet published a letter calling Nicaragua’s COVID-19 response “perhaps the most erratic of any country in the world to date.” The New York Times falsely reported that Nicaragua had become a country of “midnight burials.” (uherd.com)

A health care system that places people before profits

The corporate media’s lies could not have been further from the truth. In January 2007, on President Ortega’s first day back in office since former U.S. President Ronald Reagan used sanctions and illegally funded death squads in the 1980s to overthrow the Sandinista government, he signed an executive order restoring the people’s constitutional rights to free and universal health care and education.

These rights had been systematically denied during the previous 17 years of neoliberal rule. President Ortega’s government prioritized health care spending, raising it to 19% of the national budget by 2020, one of the highest levels in the world.

By prioritizing its national health care system, Nicaragua became one of the first nations in the region to devise a robust COVID-19 response strategy, issuing a joint protocol with the Pan-American Health Organization (the Americas branch of the World Health Organization) on Feb. 9, 2020. Thus, its 36,000 health care workers received training on dealing with the virus before the first case appeared.

A “track and trace” system was implemented, and health screenings were conducted at border crossing points, months before similar measures were enacted in the U.S. While tourism was paused and hotels and restaurants closed, most businesses remained open with safety precautions in place. Mask wearing, never required by law, became almost universal. Private schools closed, but public ones stayed open with voluntary attendance, because many children rely on the free school meals served to every pupil.

By depending on the Nicaraguan people’s trust in the universal health care system created by the Sandinista government and refusing to lock down, President Ortega saved his country from economic disaster. Nicaragua’s economy recovered swiftly from the pandemic, with its GDP growing by more than 10% in 2021 and is forecast to be 4% this year — the highest growth in Central America and one of the highest in all of Latin America and internationally.

Nicaragua has the most extensive and well-equipped universal public health system in Central America — and it’s free for everyone. During the height of the pandemic, health “brigades” made 5 million house-to-house visits to provide education and to counteract misinformation, while also identifying and treating potential cases. Every Nicaraguan household received about four visits.

As for vaccines, Nicaragua was at a disadvantage, compared to its neighbors El Salvador and Honduras, as Nicaragua received no early vaccine donations from the U.S. However, once supplies arrived via the WHO’s COVAX initiative, the government quickly met and surpassed vaccination rates in the region.

Societal trust in the socialist health care system allowed community-based health teams to fully vaccinate 86% of the population, the highest rate in Central America (while 91% have had at least one dose). This was all achieved without coercive vaccine mandates. Since the pandemic’s start, the government has built 24 new hospitals, 181 maternity homes and well over 3,000 health centers.

Nicaragua’s COVID-19 response was objectively better than its neighbors and even many Western nations. According to Johns Hopkins University, Nicaragua had one of the lowest death rates per 100,000 population in the world — 189, compared with 276 for Britain and 374 for the U.S.

The international corporate media didn’t question whether lockdowns were in Nicaragua’s best interests or whether they were even feasible. Their only concern was how to make the victories of the Sandinista Popular Revolution invisible.

Successes of the Sandinista Revolution

One might think that would be of great interest to neighboring countries and the international health community more broadly. But instead, the revolutionary Sandinista government is maligned and demonized by the U.S. government and the empire’s stenographers in the corporate media. An institutionalized propaganda campaign attempts to denigrate, belittle, undermine and ignore the unquestionable successes of the Sandinista government.

The Sandinista Revolution in Nicaragua threatens the U.S. empire, because the country is showing the world what can be achieved when the people’s welfare — and not monopoly profits — is the driver of economic and political activity. Nicaragua has universal and free education from preschool through trade, university and professional school.

More than 1 million packages of scholastic supplies are delivered to students all over the country every year. In addition, food is distributed to schools to guarantee a daily meal to more than 1.2 million students, in a country with a population of 6.5 million.

Nicaragua ranked seventh worldwide for gender equality in 2022, with women in half of all government positions. It is among the safest countries in Latin America and the Caribbean and has the best road network in Central America. The government builds and provides thousands of good quality, low-cost homes annually. About 2 million families have been given title to their properties by the government.

The country generates 70% of its electricity from renewable sources, with electricity distribution covering more than 99% of the population. The government maintains subsidies for the price of petrol and its derivatives, for public transport on both land and water transport, and electricity for low-income families.

Nicaragua has the most advanced and democratic system of autonomy for Indigenous peoples in Latin America, with over 30% of the national territory titled in the name of 23 Indigenous and Afro-descendant territories. The country sponsors and helps develop thousands of cooperative businesses and agricultural enterprises and has an ambitious national plan to fight poverty that exceeds the 2030 United Nations sustainable development goals.

Nicaragua has overcome centuries of colonial oppression and neocolonial exploitation in order to achieve these victories. So, to the same extent that the radical democracy of the Cuban Revolution and the Bolivarian Revolution in Venezuela are steadily defeating the economic, psychological and political and economic blockades of the West and its local proxies, so too will the popular Sandinista Revolution in Nicaragua.