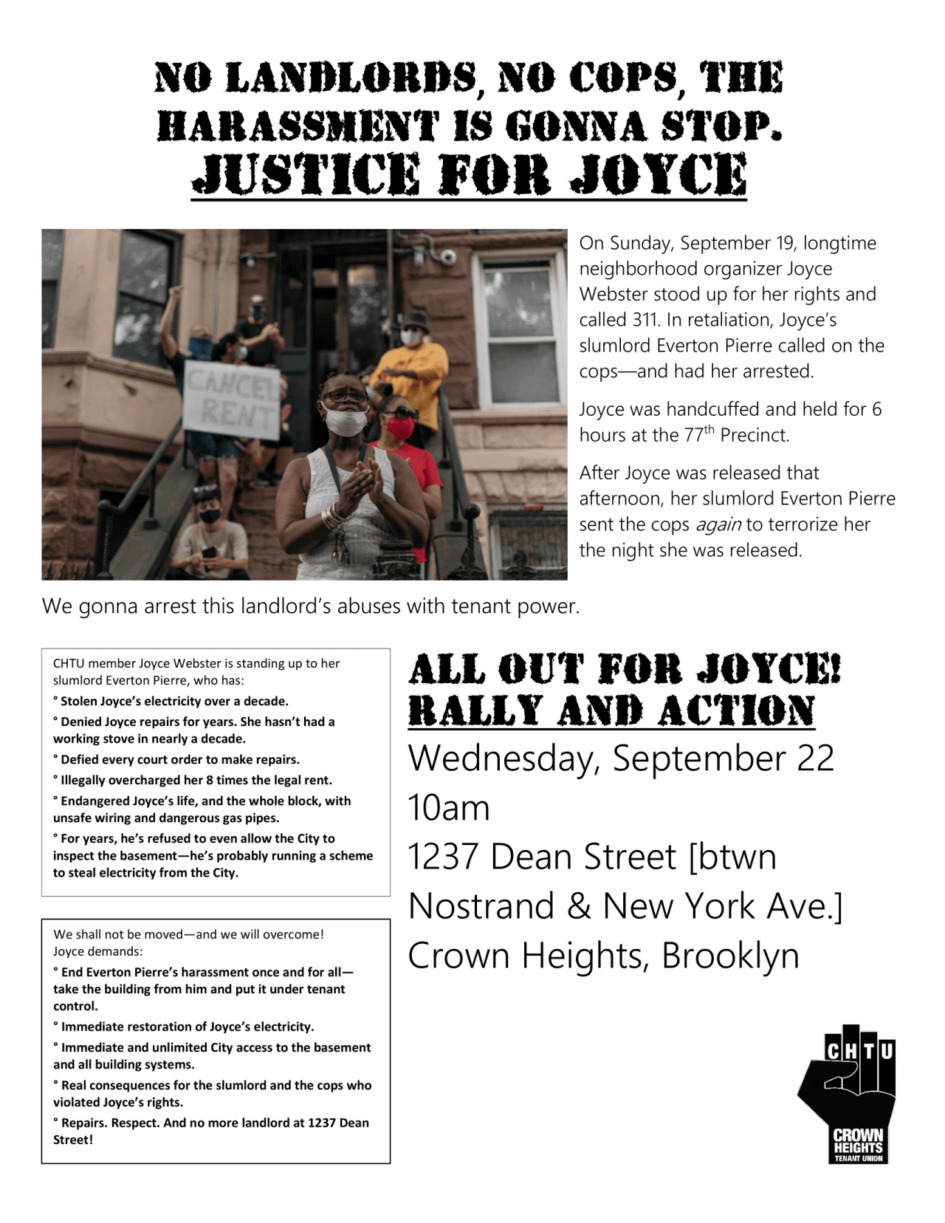 NO LANDLORDS, NO COPS, THE HARASSMENT IS GONNA STOP. JUSTICE FOR JOYCE RALLY AND ACTION

On Sunday, September 19, longtime neighborhood organizer Joyce Webster stood up for her rights and called 311. In retaliation, Joyce’s slumlord Everton Pierre called on the cops—and had her arrested.

Joyce was handcuffed and held for 6 hours at the 77th Precinct.

After Joyce was released that afternoon, her slumlord Everton Pierre sent the cops again to terrorize her the night she was released. We gonna arrest this landlord’s abuses with tenant power.