No more divide and rule – fight for trans rights! 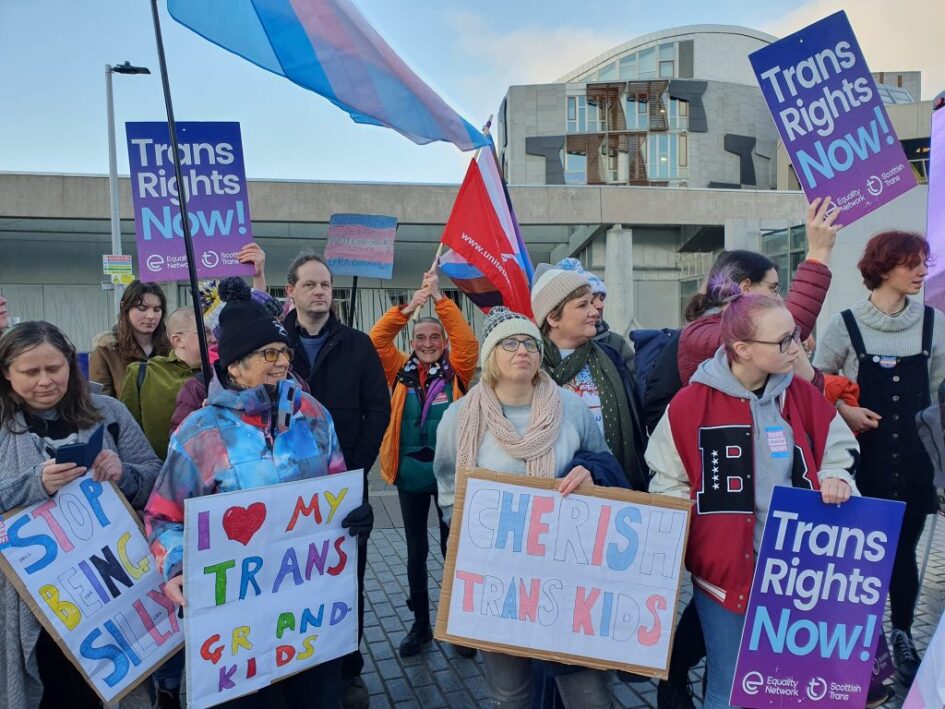 Trans activist and rs21 member Leslie Cunningham exposes the lies and hypocrisy behind the Tory attack on trans rights and democracy in Scotland.

The Tory Government confirmed this week that they intend to use Clause 35 of the Scotland Act 1988 to block the Gender Recognition Reform Bill (GRR) passed by the Scottish Parliament in December 2022, which makes the process of obtaining a Gender Recognition Certificate easier. This is a cynical attempt to attack not only the rights of trans and non-binary people, but also the limited autonomy of the devolved Scottish Parliament.

Far from being ‘rushed through’, as the media have frequently alleged, this Bill went through not one but two public consultations, and took almost seven years to be passed. Ironically, this is even longer than the waiting time for a first appointment at a Gender Identity Clinic in Scotland.

Disgraceful as the Tory attack is, it is hardly unexpected. However, Sir Keir Starmer’s shocking betrayal of the democratic process and human rights, while pretending concern over women’s safety and the ‘protection of children’ (ie 16 to 18 year olds, who can legally marry and vote in Scotland), is almost more scandalous. Yet again, he has grabbed a chunk of Tory disinformation and used it for his own self-aggrandising purposes. His high-handed disregard for democracy, in his own party has now extended to telling a democratically elected devolved Parliament that it doesn’t know what it is doing.

The Tories have attacked the Bill for being ‘contentious’, but of course that’s equally true of all the legislation they are currently pursuing. The final vote on the GRR was conclusive: 86 in favour, including MSPs from every party, 31 against, and no abstentions. All the major women’s organisations in Scotland, including Scottish Women’s Aid, support the legislation as it stands, and many have signed a very powerful statement of support arguing that:

There are currently a number of very real threats to women’s rights in Scotland and the UK including but not limited to poverty, the cost of living crisis, cuts to services, rape conviction rates and the experiences of immigrant and refugee women. We find it particularly concerning that so much political and media attention has been devoted to the debate around this Bill in place of tackling these genuine barriers to women’s equality.

If the Tories get away with blocking such an important piece of legislation, which in no way exceeds the Scottish Parliament’s devolved powers, it seems likely that the same Clause 35 will be invoked every time the Scottish Parliament passes a piece of legislation that the Tories don’t like very much. It will probably also be used to veto the work of the Welsh Assembly. Even people who do not support the GRR must see that this threat to our democratic rights must be fought tooth and nail.

However, it is not enough to focus on the double attack on Scottish democracy and human rights. The Tories seek to demonise a tiny minority of trans and non binary people (less than 1% of the British population)  to distract people from the cost of living crisis and growing inequality in Britain (the richest 1% of people in Britain are now wealthier than 70% of the rest of us) At the same time, they are also using identical ‘divide and rule’ tactics against refugees, strikers and protestors. It is worth noting that the Policing Bill, often said not to apply in Scotland, can in fact be invoked here against the rights of Gypsy, Roma and Travelling people to move freely and set up camp in this country.

This is not a ‘single issue’ fight, nor is it an unconditional or uncritical defence of the Scottish Government, which is currently refusing to use its considerable powers to raise money through taxation (or indeed use some of its £2 billion underspend) to fund decent pay rises for teachers, firefighters and health workers, to name but a few. 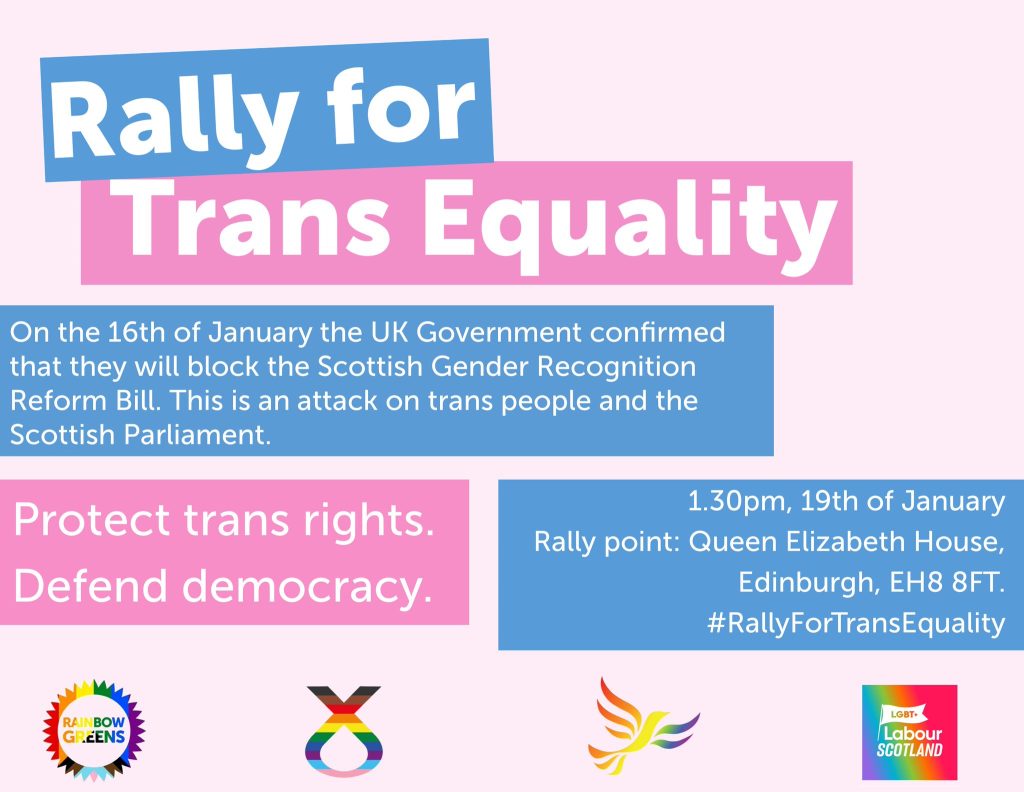 My ‘dream team’ at the rally in defence of trans and non binary rights at Queen Elizabeth House, the HQ of British imperialism in Edinburgh, would be Fridays for Future, Turn Up for Trans Health (who have collaborated magnificently on organising marches and rallies on a number of previous occasions), Youth in Resistance, rank and file trade union activists, and everyone who wants to fight racism and attacks on refugees. People who don’t like the Tories very much will be most welcome, too!

Lots of unions are already fighting the Tories, and almost all unions have positive policies on trans issues. Union members can be key allies for trans people in this fight – the kind of alliance behind Lesbians and Gays Support the Miners, and now also Lesbians and Gays Support the Migrants. Let’s turn up with union banners, Trans Pride flags, and have a party – fight hate with joy!

It’s all in the flag: Bussa’s Rebellion and the 200-year fight to end British rule in Barbados

Stop the hate! The far-right and Trans Rights

Greg Abbott’s War on Trans Youth: Resist and Fight Back!

The Right’s War on Trans Youth: What’s Behind It, And The Strategy To Fight Back