No thanks, Thanksgiving . . . National Day of Sorrow . . . Mourning 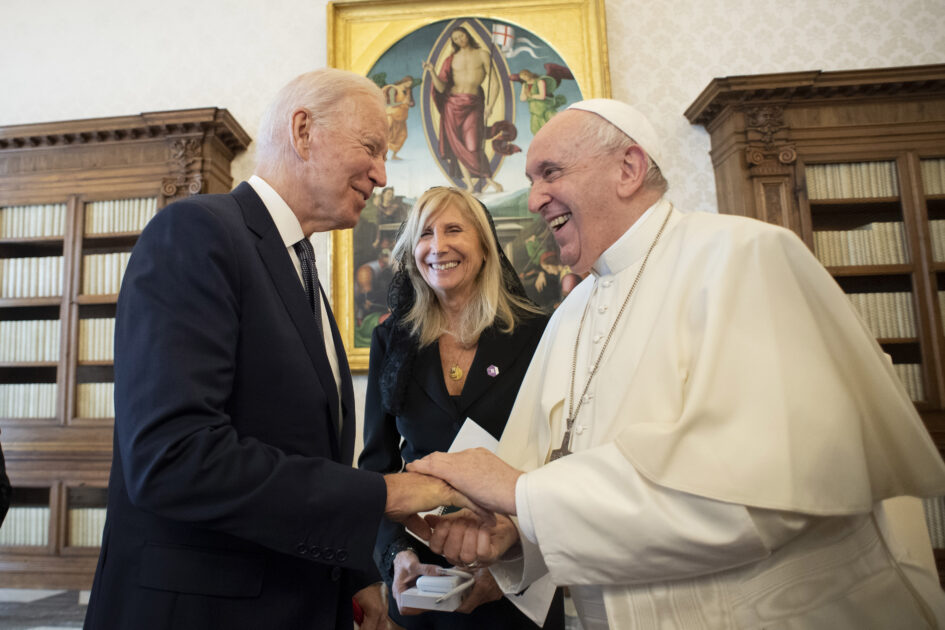 Yet, they still say, Happy Thanksgiving, and they still believe it’s about the turkey, pies and Black Friday plans!

Yep, a broken record, or to update that, another one of a million cries in the dark digital dungeon to relearn history, and unlearn the rotten past. I have been looking at the Reclaiming the Sacred since I met Winona LaDuke decades ago. That’s a whole other story.

But it doesn’t matter, especially in a time of Branch Covidians and the Trump-Biden-Obama-Clinton-Bush-Carter-Nixon-Ford-LBJ Days of Wine and Roses. Full of military industrial complex disease, and forget about American Indian Movement or Joan Baez or Leonard Peltier or even that guy, Marlon Brando.

Forget about the PhDs and MDs and leaders and elders alive today from the many diverse tribes of Turtle Island.

Retail, and weepy, “Oh, cherish the time, the Thanksgiving, with family, oh cherish these holiday days with family gathered around the consumer kitchen and the fine eye for a deal tables. A day of pulling out all the paper and digital flyers to see where old Saint Nick will be going FRIDAY.”

Even lowly Time Magazine, tries to grapple with something tied to the 1863 start of Thanksgiving: “What Thanksgiving Means Today to the Native American Tribe That Fed the Pilgrims.”

That is 2021, November, in Time Magazine, the lede, as they say. We’ll see what the Matt Taibbi sorts, or Carlson types, or Trump lovers, or even all those on the Blue side of racism have to say, do, and how to act on Thanksgiving. Because, alas, as the Catholic Church is begrudgingly paying out for abuse in places like France, the rest of the white organized criminal-religious enterprises will be wringing their hands, but not righting the wrongs. Disappeared Indigenous here, everywhere. That Church, in Canada, and those graves. What a tip to the genocide iceberg.

Note what Brian Weeden says in the next citation:

For this nation to right a lot of their wrongs, they’re gonna have to own up to their racism, which they don’t want to do.

Oh, the theater is set — presidential pardon for a Tom Turkey, and the homilies by Biden and Jill, the perennial kindergarten teacher who is a college faculty member (so many of them, democrats, and white women like Jill Biden are in the end, wannabe Special Ed teachers, but in the classrooms of college students!). Yeah, Kyle Rittenhouse is with Donald LLC Trump, not putting on the Black Face this time, but in the skin of their old favorite team, The Washington Redskins. White psychopath kid is being wined and dined by white psychopath geriatric. The irony, well, there is none. Kyle will get a cherished Washington pro team war bonnet. Manufactured and assembled in, well, of course, China.

The optics are amazing, and right on line for 2024, for sure. This kid (above) has a job in the Trump LLC Republican Party juggernaut. To-Be-Sure!! And, they are having a great good white ugly boy-man time. Imagine the potential for an SUV, with Trump 2024 stickers on the bumpers and Stars and Bars noose flags on the double antennae, going for a group of protestors like these:

Yet, we still have those Nazi types, pulling from their book of sayings — this in response to my op-ed in the local conservative rag acknowledging National Native American Heritage Month — at DV, “Another Genocide Month: Plying the Ignorance of K12, USA Lower/Higher Ed.” I’ll quote this Lincoln County fellow, here:

“By all means, let’s teach history in its fullness of truth, as we ourselves learn and free ourselves from bias. The basic fact is, Stone Age tribes were crushed by more advanced and more powerful tribes, and we’re all still dealing with the outcome of the shattering of those societies.

The fact is, genocide was sporadic and not generally practiced or effective. Displacement and an often cruel paternalism was the rule. The pre-Columbus Americas were not a rustic paradise.

These were societies with their own particular pluses and minuses. When we teach the revised histories now, may it be said that among Northwest tribes, at potlatch gatherings, a rich chief might kill one or two slaves, just to demonstrate his immense wealth? (Something like the modern cliché of a rich businessman lighting his cigar with a $50 bill.) May we say that in the Four Corners area of the Southwest, villages raided other villages, killing and sometimes cannibalizing their victims? That the Aztec gods demanded bloody sacrifice of thousands of captives each year, and that the victims were cannibalized? That scalping existed in southwest and eastern North America before the entry of white settlers?”

That is the old canard, the old Mel Gibson fun in his Maya-land Holly-Dirt lies. Oh, just teach the youth ALL of each and every detail, no? Thank goodness we have this response to my article in the Newport News Times:

The Oregon public school system would benefit from exposing its teachers to the history of the Siletz Tribe of Western Oregon. It is available in the book The People Are Dancing Again, by Charles Wilkinson. I suggest that reading parts of this history should be required reading for Oregon high school students. As Oregonians, we should have at least a basic understanding of the history of what the Native Americans experienced when westward expansion crossed the Cascade Mountains.

As a resident of Lincoln County, I often read of how the Siletz Tribe gives back to this community, donating hundreds of thousand of dollars to coastal social programs. The Siletz and other tribes are writing their own history. They are alive and well, going forward, and we should celebrate that.

The writer is referencing the staid short piece I did for the News Times — “Native American Heritage Month.” This is the caliber of the responses on both sides of the historical line. Talking about the sacred sites is important, and recovering the sacred, is the only way to bring these sites into the mindset of youth after youth. Vine:

A Lakota Sioux, Vine Deloria, Jr. is one of the most outspoken figures in Native American affairs. His works promote Native American cultural nationalism and a greater understanding of Native American history and philosophy. In his work, Deloria fights prejudice against American Indians while addressing current issues, such as political and treaty rights. He is also concerned with the struggle between a religious view of life and the secularization that science and industry promote. He warns that people need to re-evaluate their stance to planet earth or humans may be one of the few species that has permanently ruined their habitat.

“In a time of global turmoil, our planet needs the wisdom of people who remain one with their land. The Sacred Land Film Project gives voice to guardians of sacred sites around the world, offering hope for a new path forward.”

He talks about how the Indian names are tied to bears — bears all over the plains, mountains, valleys. Bears are part of healing and prophecy. So are buffalo. Listen to him in the latter part of the talk above.

So, this Biden, yaks about “I stand with Mashpee” during his failed campaign for his failed presidency in 2020. It’s all political theater, which is a nice term for bold faced lies, and there are plenty of lies tied to Native Americans, at contact, and during those crazy fictional writings called Thanksgiving.

This May 16, Weeden became the youngest person elected chairman of the Mashpee Wampanoag, a tribe of 2,600 enrolled citizens. This tribal center is in Mashpee, Massachusetts. He and his tribe believe the biggest issue any tribe faces today— is land, holding onto it, getting it back.

I think that a lot of politicians say whatever they want to say to get elected. When they get there, it’s a whole different story. I was [part of the] White House Tribal Nations summit, and there really weren’t a lot of opportunities for leadership to address the administration. To add insult to injury, he’s going to be in Wampanoag territory on [Thanksgiving]—the supposed holiday that we don’t celebrate.

Oh Biden, part of that Inquisition:

Or, some days, he’s Jewish:

Or, is he that Redskin guy?

On Monday night, CNN aired Fight for the White House: Joe Biden’s Long Journey, a special program on the Democratic nominee’s career that included a popular photograph of Biden and one of his sons at what looks like a sports stadium (it’s not clear whether the son pictured is Hunter or Beau, who died in 2015). In the original photograph, which Biden himself posted on social media earlier this year, the kid pictured is wearing a maroon hat with the logo of the Washington football team which, until recently, used the Native American slur “Redskins” for its name. In the image that CNN includes in its documentary, the team logo has been entirely removed.

That is it in a nutshell, no? America whitewashing everything, even their own white washing.

29 year-old Brian Weeden: The biggest issues facing the Mashpee tribe right now are with our land, the health and general welfare of our tribal citizens, and climate change and environmental impacts. We were fine living off the land; we were smart people to the point where we knew how to navigate this world. Had people listened to us, I don’t think we’d be in the situation that we are in with global warming and everything else. But I think the biggest [singular] struggle right now for our tribe is our struggle with the federal government, which has been a battle for over 400 years. 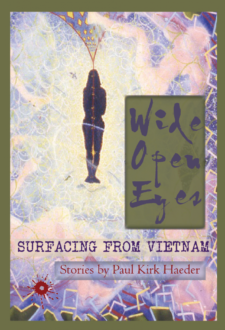 Indigenous pride, power and protest: Strong as ever at National Day of Mourning

Cuban president tweets thanks for ‘end the blockade’ caravans

The Truth About the First Thanksgiving

Salvadorans reject the adoption of Bitcoin as national currency