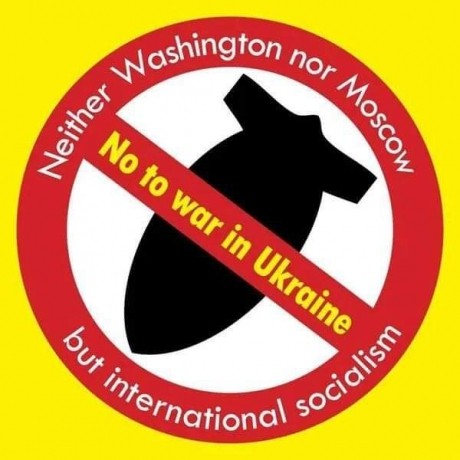 The Russian invasion of Ukraine is a dangerous escalation that could devolve into a much larger war and must be opposed. Russia needs to pull its troops back and cease any further attacks.

Ukraine is once again paying the price as a state stuck in between two major imperialist rivals – Russia and the US-led NATO alliance. Neither of these sides is motivated by the interests of the Ukrainian people. The lives of innocent Ukrainians will be lost because of the intractability of capitalist competition.

This could have been stopped through negotiation but the drive by NATO powers to surround Russia continued unabated. This expansion process – started after the fall of the Eastern Bloc at the end of the cold war – is the original source of this round of conflict in the region. The US reneged on promises to end NATO expansion eastward. They are determined to not allow Russia to gain an advantage and potentially become a rival to the US led world order.

Likewise, Russian expansionism is a hostile force and Russian attacks from Georgia to Crimea show that brutality. Their recent attempts to curtail the uprising in Kazakhstan highlight that Putin is no friend of working people.

But our politicians and media will make the case that this conflict is a result of Russian aggression alone while minimizing or neglecting to mention the decades of ruthless NATO wars and expansionism.

The massing of troops by both sides is the result of that NATO design. It was only a matter of time before that standoff became a full fledged conflict.

How do we oppose the war from Canada?

Canada has played a terrible rolein all of this. Successive Canadian governments have sent military equipment, planes, troops and lethal weaponry to the region making it a much more dangerous place. And we have been training fascists within the Ukrainian military.
Large sections of Canadian capital – crucially the fossil fuel sector – have wanted this war to happen for years. They believe that Canadian LNG can replace Russian energy exports to Western Europe. The National Post gleefully greeted the news of this war with the headline, “Ukraine Crisis puts East Coast LNG back on the map.”

We need to call for Canada to bring it’s troops, warplanes and weaponry home and away from the conflict zones in Eastern Europe. Unfortunately, the Trudeau government sent an additional 450 troops to Latvia when Russia recognized the breakaway republics in eastern Ukraine. That is exactly the kind of response that will further inflame tensions in the region. They are throwing gasoline onto a fire.

The intractability of both sides in the failed negotiations is not an aberration but is a reflection of a central dynamic of capitalism that forces competition between states. Until we get rid of the system that creates these impasses we will never be rid of the scourge of war.

Oppose Canada’s involvement in the war. Bring the troops home!

KKE: No to Greece’s involvement in US-NATO plans in Eastern Europe

The Petro-War of Chrystia Freeland: Canada’s Military Support for Ukraine

NATO Out of Ukraine, Europe, Asia!

War in Europe and the rise of raw propaganda