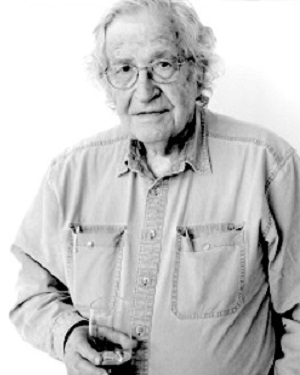 Events continue to unfold at a quickening pace. Facing an alarming escalation in tensions around the world, we asked Noam Chomsky for his current thoughts. 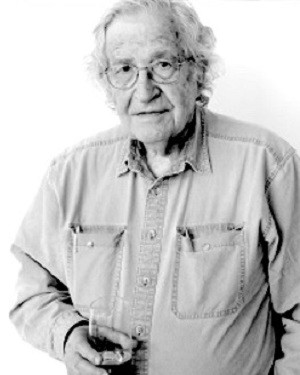 Noam Chomsky needs no introduction. He has devoted his whole life to calling out the abuses of power and the excesses of U.S. empire. At 94, he still is actively engaged in the national conversation. We are, of course, honored that he took the time to talk to us and share his views.

We focus on the realities of the international power struggle unfolding in real time, specifically addressing the role of the U.S. in the tensions and its capacity to reduce them. We are looking for paradigm-shift ideas for improving the prospects for peace. His responses below of are exactly as he provided.

Here is what Noam Chomsky had to say.

Noam Chomsky: 250 years ago, in the early days of modern state capitalism, an astute British analyst gave a simple answer to this question.  He said that the merchants and manufacturers of England are the “masters of mankind.” They are the “principal architects” of government policy, and make sure that their own interests “are most peculiarly attended to” no matter how “grievous” the impact on others, including the people of England, but more severely the victims of “the savage injustice of the Europeans” abroad.  His particular concern was the victims of England’s savage crimes in India, then in their early stages.

Adam Smith’s description has considerable merit.  We see examples constantly.  One morbid example is the just-completed COP 27, which just “voted for global Hell,” as one Australian science writer summarized its proceedings.  The leading contingent at the meeting was from the UAE, a natural leader in the campaign to end the use of fossil fuels, as we must if we are to survive.  The second was lobbyists of the fossil fuel industries, ensuring that their interests are “most peculiarly attended to” no matter how “grievous” the effects on the world.

Nothing is that simple, of course, but Smith’s picture, modified for the modern age, is a good first approximation.

JR: We’ve had decades of international tensions. Recent developments have seen a sharp escalation in the potential for a major war. The U.S. apparently cannot be at peace. “Threats” against the homeland are allegedly increasing in number and severity. The trajectory of our relations with the rest of the world appears to be more confrontations, more enemies, more crises, more wars.

NC: As a number of people have pointed out, including former President Carter, the US is a rare if not unique country that has been at war almost without a break since its founding, always facing colossal threats, ever since “the merciless Indian savages” of the Declaration of Independence attacking innocent English colonists.

The antiwar intellectual Randolph Bourne, vilified and marginalized during World War I hysteria, described war as “the health of the state.” More accurately perhaps, preparation for war, which provides an enormous stimulus for the advanced economy as was dramatically shown during World War II, when manufacturing almost quadrupled in the state-directed economy.  The business press in the following years recognized that social spending could replace the stimulus of war preparation, but with disadvantages.  It benefits the wrong people, the general population rather than the corporate sector.  It encourages democracy and public participation in decision-making; people have opinions about hospitals and schools, but not about the next generation of jet bombers.  It was therefore recognized, quite frankly, that a huge military budget would be the best way to sustain a profit-oriented economy in a society with only limited formal democracy, the ideal.  There have been many other such occasions.

JR: Is the world really that full of aggressors, bad actors, ruthless opponents? Or is there something in our own policies and attitudes toward other countries which put us at odds with them, thus making war inevitable and peace impossible?

NC: There are plenty of aggressors and bad actors.  Gallup international a decade ago included in polls the question “which country is the greatest threat to world peace.” The result was apparently not reported in the US; I found it on BBC.  And Gallup doesn’t seem to have made that mistake again.  Far behind in second place was Pakistan, a result probably inflated by the Indian vote.

JR: Our leaders relentlessly talk about our “national interests” and our “national security”, warning that both are under constant assault. Yet, we spend more than the next nine countries combined on our military. Why does such colossal spending never seem to be enough?

NC: For the reasons mentioned.  The terms “national interest” and “security” have technical meanings.  Not the interest and security of the population, but that of the current “masters of mankind”, the principal architects of policy.  And the security of prevailing doctrines from questioning and challenge.

Again, nothing is that simple, but it is a surprisingly close first approximation.

JR: It’s evident that you, and the many individuals who follow you and support your work, believe that America’s direction in both the diplomatic sphere and in the current conflict zones represents exercise of government power gone awry. Can you paint for us in broad strokes the specific changes in our national priorities and policies you view as necessary for the U.S. to peacefully coexist with other nations, at the same time keeping us safe from malicious attacks on our security and rightful place in the world community?

NC: We might begin by adhering the US Constitution, worshipped but rarely read.  It determines that treaties entered into by the US are “the supreme law of the land,” to be observed by elected officials.  In the post-war years, the major treaty, the foundation of modern international law, is the UN Charter, which bans “the threat or use of force” except under conditions irrelevant to the US.  That simple beginning would sharply increase our security – and that of others around the world.  The vast sums spent on preparation for war could then be devoted to constructing a livable society at home and to real security, like security from the catastrophe of global heating to which we are rapidly advancing in our folly.

JR: The general public, especially when it’s aware of the self-sabotaging results of our current foreign policies and military posturing, clearly wants less war and militarism, preferring more peaceful alternatives on the world stage and greater concentration on solving the problems at home. As peace activists, we are thus more in line with the majority of citizens on issues of war and peace, than those currently in power.

What happens if we determine that those shaping current U.S. policy don’t care what the citizenry thinks, are simply not listening to us? What if we conclude that our Congress, for example, is completely deaf to the voice of the people? What do we do? What are our options then? What are the next concrete steps for political activists working toward a peaceful future?

NC: We live in relatively free societies.  In expressing views like these, we are not sent to the Gulag or torture chambers.  We are free to act to ensure that those shaping policy will listen to the voices of their constituents, not to those of the masters of mankind, as they do.  It has been well-established by academic political science that the large majority of voters are unrepresented, in that their own representatives pay no heed to their concerns but respond to the demands of the masters.  Beyond that, we can act to create an arena of open, informed and reasoned discussion in which people will be free from the controls of the doctrinal institutions, which reflect the structure of private power – matters discussed by Orwell among others and documented to the sky.

We can, in short, work to create authentic democratic societies, democratic in social and political life and in the economy, eliminating masters in favour of participants.

John Rachel: We are grateful to Professor Chomsky for sharing his valuable and thought-provoking views. The interview was arranged by John Rachel, Director of the Peace Dividend Project. The Peace Dividend strategy is not a meme or a bumper sticker. It is an end-to-end methodology for challenging the political establishment and removing from power those compromised individuals who work against the interests of the great majority of U.S. citizens. The only hope for our hyper-militarized nation is each and every one of us having a decisive voice in determining the future we want for ourselves and our children.

John Rachel has a B. A. in Philosophy, has traveled extensively, is a songwriter, music producer, neo-Marxist, and a bipolar humanist. He has written eight novels and three political non-fiction books. His most recent polemic is The Peace Dividend: The Most Controversial Proposal in the History of the World. His political articles have appeared at many alternative media outlets. He is now somewhat rooted in a small traditional farming village in Japan near Osaka, where he proudly tends his small but promising vegetable garden. Scribo ergo sum. Read other articles by John, or visit John’s website.

From Chomsky to Marx: Why I Joined the IMT

Dossier no. 49: A map of Latin America’s present: An interview with Héctor Béjar

Interview: the importance of supporting political prisoners in Cuba

The tech fightback: An Interview with United Tech and Allied Workers (UTAW)

Interview (Part III) with George Mavrikos: “The ‘Specter’ of the Working Class is Haunting the Bourgeoisie Once Again”