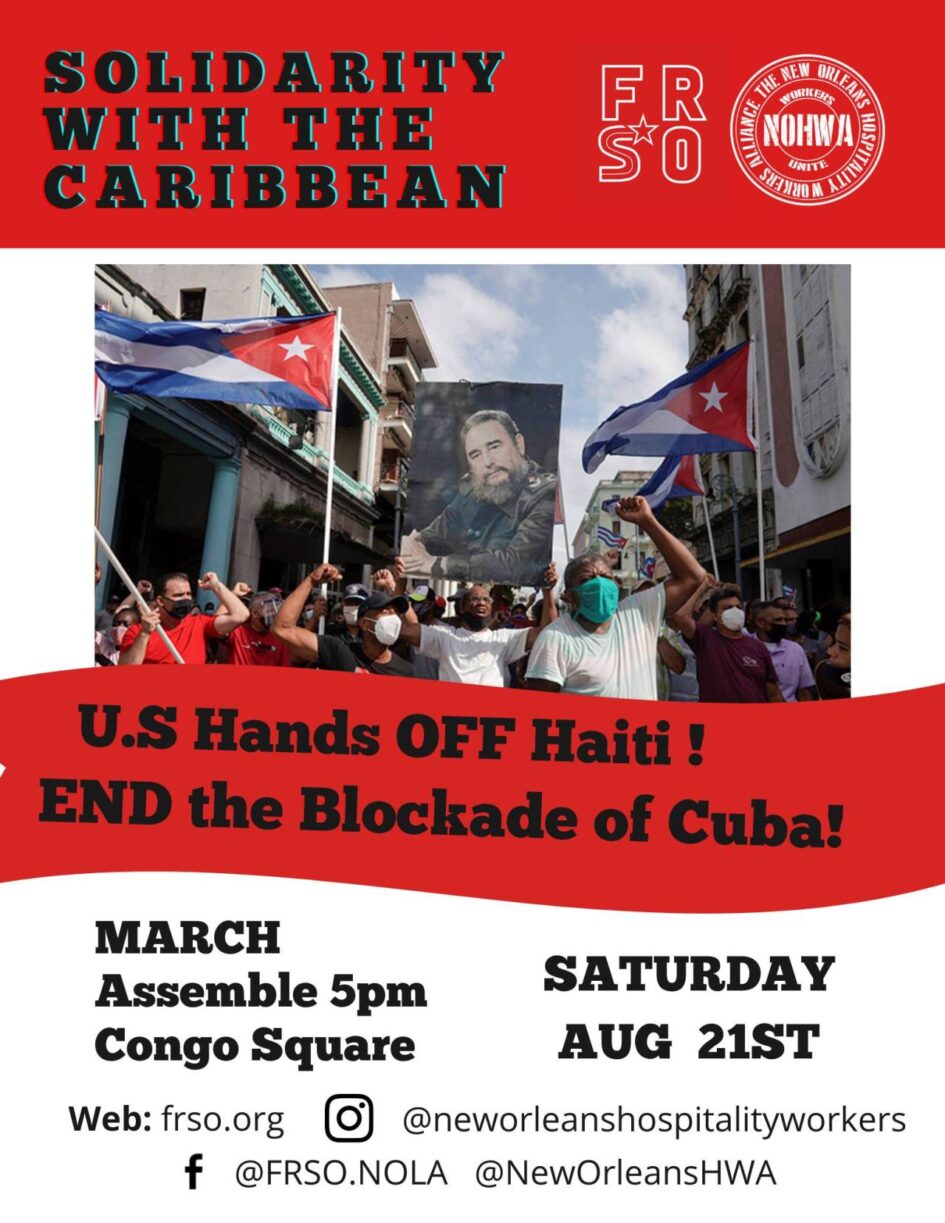 Join our march to demand a full stop to all US intervention in the Caribbean!

After promising to undo Trump’s criminal sanctions on Cuba, Biden is only suffocating the country even more. The United States’ devastating blockade is stopping Cubans from getting everything from remittances to basic medical supplies.

As we find out more about the assassination of Haitian President Moïse, we learn more and more about the United States’ involvement. The last time a Haitian president got assassinated was in 1915– and the US used this as a pretext for two decades of invasion and occupation.

New Orleans is a Caribbean city, and our history is tied to both nations. Socialist Cuban doctors stood at ready to deliver medical aid to this city after Katrina (even though Bush refused). The Haitian Revolution inspired the 1811 slave revolt right here. Let’s keep that fighting legacy alive!