Not by Bread Alone, but Mainly by Platitudes 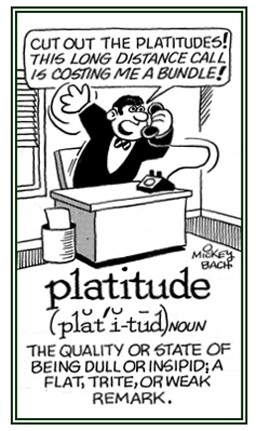 Unlike many who seem to believe that freedom of movement (since 2020 extinguished in the EU) must mean an end to national borders, I have only felt that borders should be recognised as the product of political will and history.

In the entrance to the museum at the Invalides in Paris there is a quote attributed to Charles de Gaulle, “France was made with the sword.” The idea that anywhere in Europe especially borders are natural or that they are defined by some innate qualities is absurd.

However, following the principles first proposed in international law (by the British, speaking through their ventriloquist Woodrow Wilson) that nations were to be recognised based on ethnic or language “self-determination”, the only peoples permitted to exercise such political will were granted their “patent” by the British Empire after the Great War. This was consistent with British policy of dismembering all its competitors; e.g., Austria-Hungary and the Ottoman Empire. The October Revolution seemed to offer Britain and its US partner the opportunity to redesign the Russian Empire too.

In order to defeat those forces, a brutal war had to be waged and the system of soviet republics was created both to endow many non-Russian populations with elements of self-determination and to defend the territorial integrity of the Russian Revolution. We know that Ukraine emerged as a modern state in this context. War, civil war, and negotiation created a state out of the eastern remnants of Austria-Hungary, Poland and Russia. Such configurations have always benefitted British (today Anglo-American) imperial interests. Precisely those qualities were to promote the use of Ukraine against Russia, in the way Croatia has been used against Serbia but on a far greater scale.

In the entrance to the museum at the Invalides in Paris there is a quote attributed to Charles de Gaulle, “France was made with the sword.”

British objectives have always been to use “cultural” weapons to create or maintain internally fragmented states which can be manipulated through federal structures dependent upon external arms and finance. All of the white dominions of the British Empire were created as federations ruled from above. There was clearly legitimate fear among those who supported nationalism in the US that the British would subvert the federal system to their advantage, especially during the Civil War. In fact, they obtained this goal in 1913 and consolidated it by 1918 through the “Bank of England” model of public-private partnership. But that is another story.

A major source of confusion in the debate about Ukraine and Russia’s incursion is the question of Ukrainian sovereignty, on which a wide range of people oppose Russia’s actions because it should not attack a sovereign state (naively drawing on the prohibitions of the UN Charter). Moreover, the claim that Russia should not have violated Ukrainian sovereignty is based on the erroneous belief that Ukraine was invaded. This assertion is based on ignorance. Quite aside from the international-law issues posed by the sovereign claims of the Donetsk and Lugansk People’s Republics (DPR and LPR), and hence whether they could exert sovereign rights to conclude treaties and hence invite military aid, there is the long-standing original threat and active aggression of NATO in and through Ukraine’s governments. The recognition of sovereignty does not outweigh the right of self-defense. The fact that the Russian Federation has not engaged in military retaliation for multiple violations of its territory does not mean that it has waived or forfeited those territorial rights.

That is the ultimate premise upon which most of the critique and attack on Russian military action has been based. There is a principle of English common law by which the convention of traversing private property can create a prescriptive easement – a right of way – which the titular owner of the property can no longer obstruct. Title must be actively and conspicuously asserted to remain enforceable. This is augmented by the concept of adverse possession whereby a party may assert title to land occupied for a given period and have that title sustained against the original owner by virtue of that owner’s failure or neglect to challenge the possession. In other words, there is no such thing as absolute title: it must always be effectively asserted.

Common law, while not necessarily enshrined in statutes, can be seen as an expression of the underlying social and psychological conventions prevailing in a regime. Although a nation-state would not appear comparable with a private home or farm, the material beliefs held and practiced in daily life do shape the prejudices of those who debate politics and political concepts. That is what makes this kind of law “common” – as opposed to the details of statutes or treaties.

The Anglo-American view of sovereignty is implemented by people for whom such fluid ideas of property, title and boundaries are conventional. This can be seen throughout the 19th and 20th centuries in every aspect of international-law practice. Even the so-called international judiciary has been formed or deformed by such assumptions, with some contradictory concessions to continental jurisprudence. The extremes to which disputes in Britain and the US lead to litigation are also an indication of the operational instability of legal conventions and norms – and of the level of aggression in everyday violation of whatever norms may be created by statute or courts.

NATO often appears absurd because its continental European bureaucrats utter pronouncements wholly at odds with their own cultural and legal traditions in order to articulate the policies generated by their Anglo-American principals. On the other hand this is part of the Anglo-American sleight of hand: framing their imperial designs in the alien terms of continental European politics. No amount of fealty or obsequy can conceal the fact that neither Stoltenberg nor Von der Leyen are natural “common law” politicians. That is one reason their insincerity is so blatant. They both try to present essentially Anglo-American imperial objectives as if they were continental peninsular. Their statements are incredulous and can be dismissed on their face. The real issue — which they are employed to conceal — is the anti-Russian policy of the Anglo-American Empire. To rectify the name of this policy and the actions derived from it would openly deny any pretense of sovereignty in occupied Germany and the vassal monarchies that comprise the core of NATO.

So to return to the debate about the war that continued with Russia’s military response in the Ukraine, the issues ought to be described in the way the antagonists actually see them and not using the distorted language of professional propagandists.

The world has been at war no later than when behind the pretext of a constructive “emergency of international concern” — an asset of the Anglo-American international organisation cartel — presented the fictive requirements for a global state of martial law. Let us call it what it is. Martial law is imposed for a state of war. The enemy in this case was the world’s ordinary population — the 99% some would say. As I wrote two years ago, the WHO exercised implied authority to empower the Anglo-American Empire to commence a global counter-insurgency. Like similar counter-insurgency wars fought by that Empire, the focus of operations has been the global drug-weapons-energy cartel. This cartel is managed by the espionage organisations and organised criminal gangs shielded by US-UK forces and those of their closest allies.

Under these conditions of global counter-insurgency, the Anglo-American Empire has intensified its operations (war) against its historical enemies/competitors Russia and China. The guiding principle by which this war is fought in the saturation propaganda of the biggest psychological operation since the founding of the Roman Catholic Church can be stated simply: Use it or lose it. There are no human rights, civil rights or sovereign rights which the Anglo-American Empire is obliged to respect. The only rights anyone has are those that the person or nation actually exercises. That exercise must be “open and notorious” (the words comes from common law meaning generally known and as such undeniable).

Beginning in March 2020 most of the world’s citizenry was tricked and bullied into surrendering all their natural rights. Now, two years later, they are finding just how difficult it is to counter adverse possession of all they surrendered under martial law. At the same time, “astute” observers have failed to take seriously the trespass of NATO and other forces of the Anglo-American Empire’s cartels. They have willfully ignored the conspicuous assertion of sovereign rights and privileges by Russia (and China). They have downplayed or ignored – when not apologising for – the violations committed since 1991 (at least).

The Russian Federation, pursuant to the decisions of its highest legislative and executive bodies, ordered deployment of military force to actively and conspicuously assert its sovereign rights against a government controlling a territory adjacent to it which has collaborated in attacks on its territory and people, violating those sovereign rights. Thus, consistent with the more general (as opposed to Anglo-American) concepts of international law, it is engaged in the right to self-defense. This claim is not diminished or forfeited either by failure to so act earlier or by the refusal of the opposing party to acknowledge violations committed.

The end of the military operations by forces of the Russian Federation in Ukraine can only be considered in the context of a resolution (dare anyone say “end”) of the world war commenced by the Anglo-American Empire in 2020. Threats by agents and assets of that regime to continue guerrilla war against Russia in Ukraine only amplify the necessity of grasping the Russian actions in Ukraine as a response to Anglo-American aggression. Until the subjects of that Empire are capable of grasping that and accepting responsibility for that aggression (not only against Russia) and reasserting those human rights they forfeited to their criminal oligarchs two years ago, (not only) central Europe will remain a very messy place indeed. 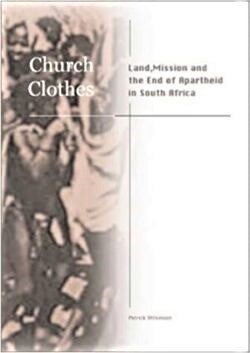 U.S. shouldn’t be invited to Summit for Democracy, let alone be its host

Against the manufacturing of impotence, communism alone offers humanity a perspective