Now is definitely the best time for James Bond to die 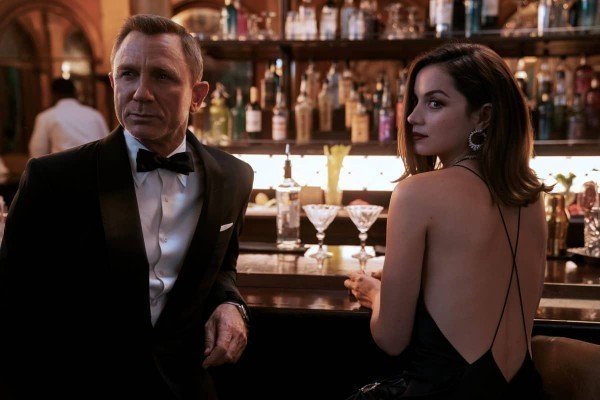 Sexism and spies is starting to get old

Happily, James Bond dies at the end of the latest franchise outing No Time To Die. But unfortunately the formulaic advertising behemoth probably isn’t dead yet.

The Spectator magazine claims, “No Time to Die matters to Britain. There’s never been a more opportune time to deploy Bond and all the soft power he affords.

“If the latest Bond movie is a box office hit, when Liz Truss next calls a foreign leader chances are the phone will get picked up in two rings, not four.”

The British state sort of agrees with this tosh. No Time To Die received £47 million in tax credits on a production spend of £200 million.

But the help does not stop there. MI6 torturer in chief Sir Alex Younger gave his personal green ink pen to his fictional equivalent on the set of No Time to Die “during a top secret visit” according to the press releases.

In No Time to Die, Bond sits on a beach in Jamaica, the label on his can of Heineken pointing to the screen.

The first Bond movie —1962’s Dr No—was released as Jamaica emerged as an independent nation away from the British Empire. It’s where Ian Fleming wrote the books.

When his first Bond novel, Casino Royale, was published in 1953, Britain was still at the centre of an empire, but it was collapsing fast.

The sexual attitudes were part of the reactionary wish fulfilment in which Bond basked. It is a world in which KGB agents disguised as English gents expose themselves as impostors by ordering red wine with fish. And tough lesbians called Pussy Galore secretly long to be converted by the cruel but handsome rapist hero.

The initial anti-Communist politics of the books were intended to be serious. In 1956 Prime Minister Sir Anthony Eden spent a month at Fleming’s home after Eden’s health collapsed in the wake of the Suez Crisis. Fleming met John F Kennedy in 1960 to provide advice on assassinating Fidel Castro.

Bond perpetuated this, creating a rogue’s gallery that exemplified a wide variety of stereotypes about people of mixed heritage —such as Mr. Big and Dr No. And anyone who did not share Bond’s brand of heterosexuality. Rosa Krebb is the psychopathic lesbian communist while Scaramanga is gay because he can’t whistle!

Fleming gave his villains various physical impairments, injuries and disabilities. Hugo Drax has an overbite and scars, Oddjob has a cleft palate. The Craig era has been keen on the tedious trope and the baddies in No Time To Die both have facial disfigurements.

Each movie incarnation, from Sean Connery to Roger Moore and up to Daniel Craig, reacted to the changing climates to make cash. Not always positively. To Live and Let Die was cashing in on the success of Blaxploitation cinema and was a racist response to the growth of black politics.

Fleming’s reactionary politics would not have created the scripts of later Bond films, which water down much of the right wing politics implicit in the character. The imperialism is lowered a notch. But the spooks are the line of defence against “the other”. Since the 1980s the bad guys are usually white.

The end of the Cold War meant Bond and the context around him—his relationship with women and the nature of the threats that he faces—changed to maintain the franchise’s appeal. And to keep the cash flowing.

The villains have lost most of their more overtly racist and homophobic elements.

When Daniel Craig became Bond, the emphasis was shifted to redefining Bond with a superficial questioning of his place in the world.

The alcoholic assassin has always carried world‑weariness and melancholy along with his 70 cigarettes a day. So this element is not as new as the current franchise holders like to make out.

But the sexual politics retained their essential creepiness throughout. Until now—sort of.

The Sun has bemoaned the “woke” Bond and moaned that it wanted “him shooting baddies and getting laid—and I don’t want him apologising for it afterwards—for the sake of men everywhere.”

That the women aren’t there for Bond to have sex with is progress of a sort.

But women remain simply plot devices. No Time to Die has removed sex, if not all the sexism, but the Bond universe is as it ever was.

Time to put it out of our misery.