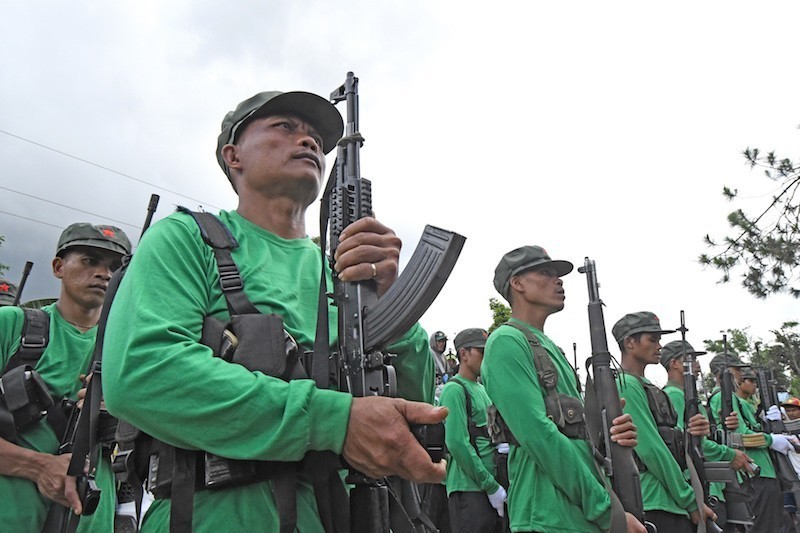 Red fighters of the LPC-NPA fired at a military detachment on November 21, 2021 around 4:30 PM in Sityo Mamballo, Barangay Quintin Remo, Moises Padilla, Negros Occidental province. Reactionary troops fired back as the NPA maneuvered to safety, unharmed. The AFP incurred an unknown number of casualties after the harassment.

Military troops of the said detachment continue to perpetrate human rights violations against hapless civilians in their futile attempt to weaken the mass base of the NPA. The recent action is in line with the demands of the masses for justice.

Meanwhile, on the same day around 11 PM, troops of the military detachment in Sitio Kasingan, Barangay Trinidad, Guihulngan City, Negros Oriental province indiscriminately fired while being stationed in their camp. As the detachment is surrounded by several households, residents feared for their safety as the trigger-happy yet cowardly soldiers wasted bullets out of fear of being attacked by the NPA.

In this regard, the AFP/PNP/NTF-ELCAC combine under the whims of their ailing commander-in-chief Duterte can no longer hide under the false pretense of decimating the revolutionary movement in 2022, a feat no reactionary regime was and will not be able to accomplish even with the support of the US war machine. As long as hunger, poverty, injustice, landlessness, joblessness, and oppression remain, more and more will be enticed to take up arms against the state and wage revolution.

The NPA will continue to staunchly defend the well-being of the Filipino people.

Guided by the CPP and supported by the masses, it will continue to steadily advance and grow as the socioeconomic conditions worsen under the status quo and become even more fertile ground for the flourishing of the armed revolution and the people’s war.

NPA Carry Out 2 Successful Offensives Against AFP On Negros Island