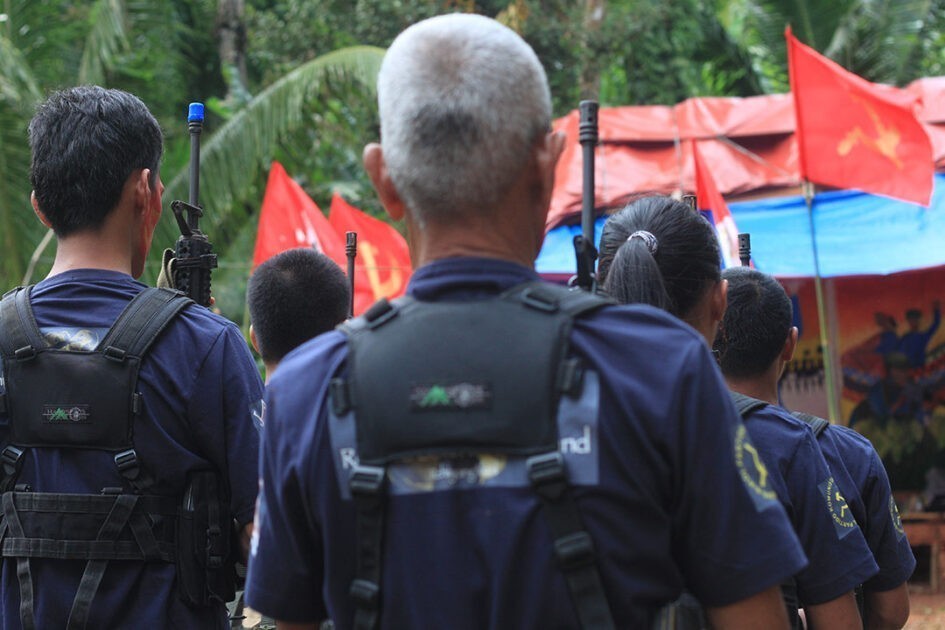 NPA fighters executed the death sentence handed down by the Sorsogon Provincial People’s Court to Jonatahan Escolano alias Marvin, 37, on August 10 in Barangay Sangat, Gubat. The revolutionary court ordered his punishment on charges of treason and espionage to the revolutionary movement.

Escolano was a former member of the NPA who surrendered to the reactionary state in 2019. Since surrendering he has been an agent of the 96th Military Intelligence Company (MICO) and has been active in intelligence operations against the revolutionary movement especially in the towns of Gubat and Barcelona and in Sorsogon City. He was the main mobilizer of the 96th MICO and 31st IBPA to intimidate and force his civilian neighbors in Sangat and the neighboring villages of Gubat to be accused of being members of the revolutionary movement. He planted the evidence of the gun and grenade used as a pretext to arrest former NPA Ruel Escullar in Barangay Herrera, Gubat last March. Escullar had long since left the Army and lived as a civilian.

Escolano made it his business to hunt down any alleged NPA. He told the drinkers the amount he could collect from each one he arrested or “surrendered”. The latest operation by the 96th MICO and Gubat PNP in which he participated was the arrest of Nilo Enconado, a former Red fighter, in Alabang, Muntinlupa City last month. Enconado was charged with eight fabricated charges.

The punishment of Jonathan Escolano is part of the NPA’s ongoing efforts to achieve justice for the Sorsoganon masses who are being harassed by agents of the Duterte fascist regime.