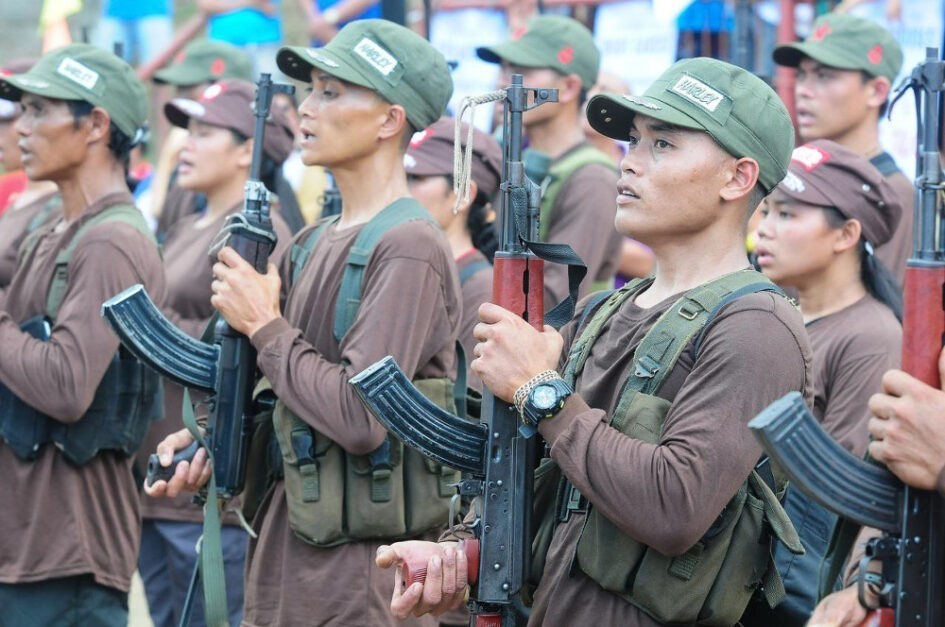 Bariga was responsible for leading the AFP towards NPA camps in 2009 and November 9, 2014. Prior to the 2014 encounter, Bariga was also involved with the brutal murder of Ka Jaguar who was tortured and burnt alive by the fascist troops. Meanwhile, Sombito also actively monitored NPA movement, in the guise of buying chili leaves in Guihulngan, Vallehermoso, and other suspected NPA areas despite living in Canlaon, a place rich in chili. He was later seen guiding AFP operations after ‘buying chili leaves’, most recently in December 24-25, 2021 in Sitio Payao Dako, Barangay Malansa, Vallehermoso. Both Sombito and Bariga also are responsible for red-tagging civilians as NPA, resulting to various human rights violations (such as illegal detention, intimidation, torture) and military hamletting. As active intel agents, they are legitimate targets of the NPA.

The AFP’s network of spies should take this as a warning. They should seriously consider quitting being pawns of the US-Duterte regime’s counterrevolution, or risk being targeted by the NPA. Like the AFP, PNP, and NTF-ELCAC’s budget, their meager rewards as assets are taken from the money of the people and are dwindling as the regime’s grip on the reactionary government is loosening and their mastermind Duterte’s reign is coming to an end.

As proven many times over, once the AFP is done using their assets, they dispose of them immediately or leave them behind as they hurry to corrupt loot for themselves. This shameful audacity of the AFP and its officials continue despite the pandemic and calamities affecting the people, like their forcing of civilians in Guihulngan to help in the rehabilitation of their military detachments while the masses are hungry and homeless absent proper assistance. After the reparation of their detachments, the AFP continue military operations that victimize the masses as they grow more impatient to wage decisive battles to destroy the NPA, to the point of disregarding international humanitarian law. This is evident in a recent interview of 3rd ID commander Arevalo’s threat to the NPA in Negros to surrender or else face what happened in their overkill through aerial bombing of 500 pound bombs in Miag-ao.

Moreover, just recently, troops of the 62nd IB open fired at civilians Macario Fat and Yoling Landisa in Sitio Anahaw, Barangay Trinidad, Guihulngan City, Negros Oriental province last January 5, 2022 in the evening. This strapping incident is yet another addition of their huge pile of human rights violations in the area, insensitive and ignorant to the plight of the people affected by the aftermath of Supertyphoon Odette. While collective rehabilitation efforts of the NPA along with local Party committees and revolutionary mass organizations continue, there is truly no rest for the wicked as military operations that result to crimes like these continue.

The desperate and brutal anti-insurgency campaign of the AFP/PNP/NTF-ELCAC combine under the whims of their ailing commander-in-chief Duterte will not falter the revolution, but instead intensify it. With the semicolonial and semifeudal crisis worsening amid the Covid-19 pandemic, natural disasters and little government aid with blatant corruption, and the despair of Duterte and his alliance to the infamous Marcoses, Arroyos and Estradas to cling to power either through a fraudulent 2022 elections or the postponement of such election by a so-called ‘force majeure’ excuse, the broad masses of the people along with their NPA and guided by the CPP, are compelled to boldly resist and intensify the revolution to overthrow the ruling class of big landlords and comprador subservient to imperialism.

NPA Carry Out 2 Successful Offensives Against AFP On Negros Island