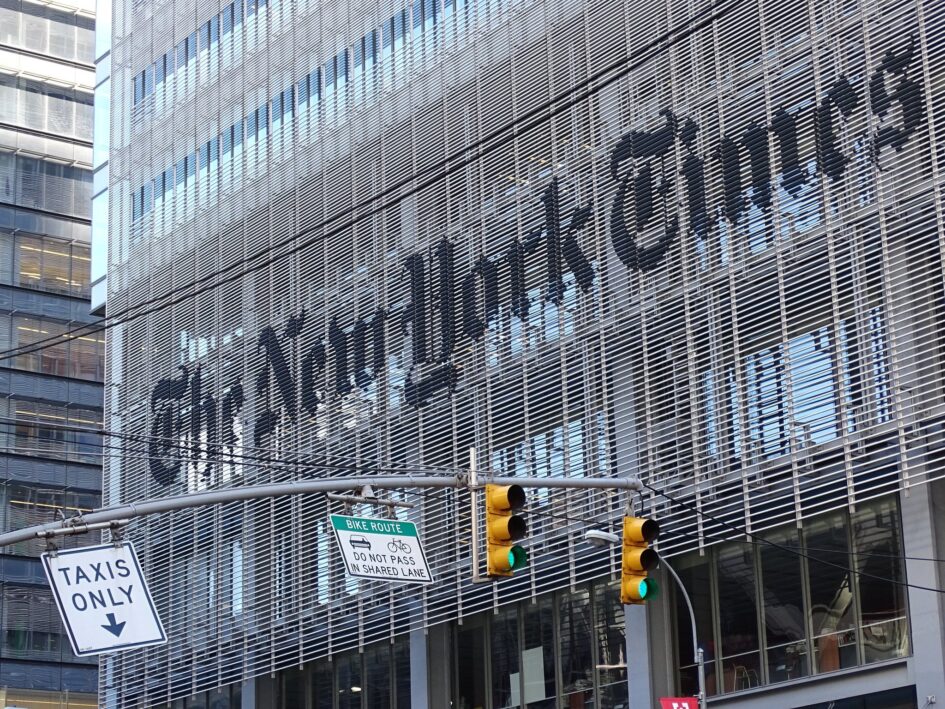 On March 3, New York Times tech workers voted to unionize with the Communication Workers of America in a landslide victory of 404-88. The 600 member New York Times Tech Guild is now the largest tech worker union with bargaining rights in the United States, a historic jump from previous efforts to organize tech workers.

Overworked, mistreated and underpaid in relation to the profits they produce, tech employees are often employed by large, high-revenue companies with little-to-no history of union struggles within them.

Tech workers joined the New York Times News Guild. The NYT News Guild was organized by workers during the Great Depression, winning recognition in 1940. At one time, workers at all different points in the process of producing the Times were unionized; now, this is not the case. NYT tech workers represent an important sector of journalism workers in the internet age, and their unionization is a major development.

The presence of organized tech workers within an established company like the New York Times, which has been regarded as the national “newspaper of record” with over $65 million in profits each year and nearly 8 million subscribers, will be monumental in raising consciousness about unionization among the tech industry more broadly. The NYT has built its success, ranking as the 3rd most popular newspaper in the United States and 18th in the world, off of the backs of workers who have written, edited, published and distributed information to many people.

The NYT Tech Guild will form a unit within the existing Times-Guild of New York. The unit will have its own bargaining committee and contracts, but will work within the Guild to consolidate unionized workers within the NYT. The overarching demands of the NYT-Guild center around five different points: pay, healthcare, career development, remote work and inclusion.

NYT Guild conducted a study that found that women on the staff earn around 6 percent less than male staffers do, with Black workers earning $10,000 less than white workers. They are calling for the promotions of women and people of color at the NYT and demanding raises for long-term workers with a guaranteed annual review of salary parity and meaningful raises on their base pay that reflect their contributions.

The workers are also calling for NYT to provide workers with affordable healthcare plans that cover workers and their family members as well as other employees who work for the New York Times, including temporary workers. Additionally, NYT workers say that career growth, access to remote work, and the annual publishing of the company’s diversity statistics need to be reflected in efforts to hire, promote and retain workers of color.

While the New York Times spokeswoman Danielle Rhoades Ha says that the company looks forward to negotiating a contract with the union, behind the scenes the NYT has engaged in relentless union-busting methods. In January, the chief executive of the NYT, Meredith Kopit Levien, circulated a memo titled “Why a Tech Union Isn’t Right For Us” among staff members, discouraging them from voting to unionize. The memo claimed that although Levien “wasn’t anti-union,” the development of a union among tech workers would be “an unproven experiment with permanent consequences” that would drive a wedge between employees and managers.

The claim that unions are “unproven experiments” ignores the extensive history of unionization as an effective tool for working-class people to wield power and demand better working conditions, higher wages and build long-term community and labor power.

The company began to offer non-unionized employees new paid time off in an effort to try to turn tech workers away from unionizing. Other workers were interrogated about their union status and if they supported the drive. NYT also attempted to split the tech workers into multiple bargaining units that each would have needed to independently vote for a union, and attempted to remove nearly 100 workers from the bargaining unit. The National Labor Relations Board ruled against these moves by the Times, in favor of the workers — but in the end, the huge vote in favor of the union would have won out in any case.

The NYT repeatedly held anti-union meetings with the workers unionizing, and falsely informed them that they were not permitted to publicly show support for their union. In June 2021, the News Guild filed an unfair labor practice claim when management told some tech workers that they couldn’t support the union, using their supervision of interns as a way to try to intimidate the workers from expressing their support in May, 2021.

On Dec. 29, the National Labor Relations Board filed a formal complaint against the company, stating that the Times’ management has “interfered with, restrained, and coerced its employees,” which is a violation of federal labor law that states that workers have the right to unionize their workplace without interference.

The NLRB offered the NYT an opportunity to cease their anti-union activities and only face minimal penalties so long as they no longer continue, which the Times’ management has refused to do.

On March 18, the NYT settled with the NLRB, stating that they will discontinue the policy. Workers stated that the settlement reiterates their rights to openly organize.

The actions of the NYT illuminates the extent to which the company can and will defend its priorities rather than yielding to the workers who have made the NYT the company that it is today.

It is clear that despite all efforts of the Times to shut them down, NYT workers have remained strong and organized, building the stage for the new wave of tech worker unionization.

New York Times Tech workers Benn Harrnett and Kathy Zhang stated in a CNN article last year that, “through a union, we can ensure all workers have a voice in our workplace. Individuals who raise concerns at work often face an uphill battle. But when workers come together, in a union, we bring democracy into the workplace. We can win better working conditions and promote transformative change.”

The Times Tech Guild will join with the 1,300 editorial and business workers who are already New York NewsGuild members of TNG-CWA Local 31003. The Tech Guild’s next fight will be to bargain their first contract. The Times Tech Guild’s organizing committee wrote in their statement following the election, “We look forward to working with management to win a strong contract that will not just ensure equity and respect for tech workers, but will also set industry standards across the board.”

This victory is contextualized in a time where labor unions have the highest approval since 1965 at 68%. Workers are organizing across the country and winning fights against their bosses despite extensive repressive union-busting tactics: Starbucks workers, nurses, graduate student workers, ski-workers and currently Amazon workers in Bessemer, Alabama are voting in their second union election that’s already been rife with union-busting. The boss’s extensive repressive tactics being employed across the country against workers attempting to unionize shows that the threat of worker consciousness and strong unions haunts the ruling class. Our collective worker struggle remains crucial to band together as a force that can take on the ultra-rich.

The tech fightback: An Interview with United Tech and Allied Workers (UTAW)

Exposed: the plot against left-wing president of Britain’s largest union

Exposed: The Plot Against Left-Wing president of Britain’s Largest Union