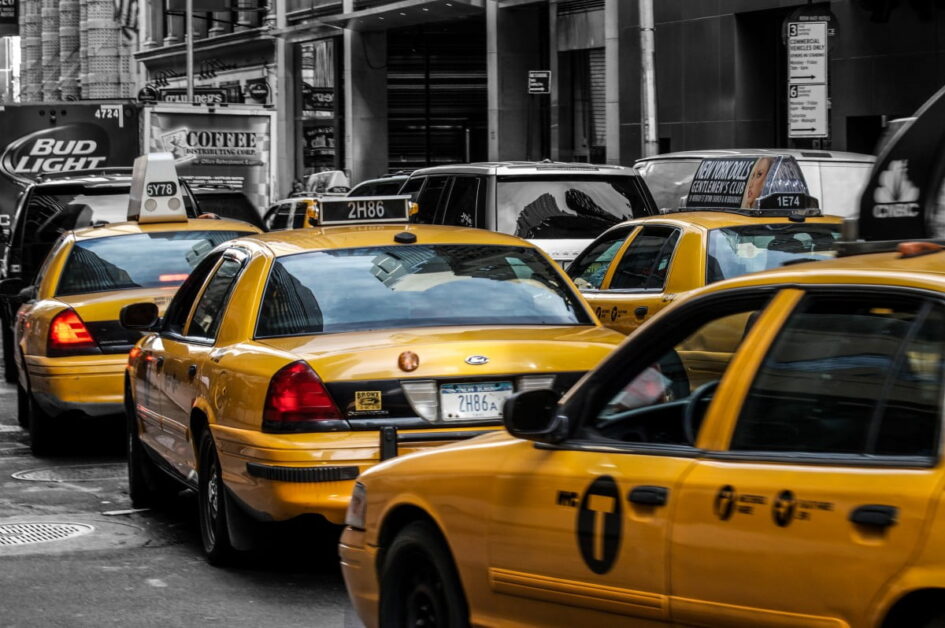 With their hunger strike and shutdown of the Brooklyn Bridge last month, New York City cab drivers have gained a significant amount of media attention. The Yellow Cab debt crisis confronting them is the culmination of years of snowballing crisis and exploitation due to collusion between the city government and predatory lenders.

October 15 was not the beginning of protests by NYC taxi drivers, nor was it the first bridge shutdown they organized. However, this was an escalation of the New York Taxi Workers Alliance’s (NYTWA) weeks-long protest of Mayor Bill de Blasio and the NYC Taxi and Limousine Commission (TLC).

For decades, drivers were told that acquiring a taxi medallion was the best investment they could make since driving a yellow cab was a sure path to living the American dream. But as is so often the case, that dream gave way to the nightmare of capitalist reality. According to the NYTWA, taxi drivers have an average debt of $600,000 and monthly payments as high as $4,000 a month. As a result, huge amounts of their driving consists of collecting fares to pay interest on what they owe to the banks. For most, this is an unpayable debt, forcing many drivers into high-pressure lives of twelve-hour workdays and six-day workweeks, leading at least nine of them to commit suicide.

Although the city government has collected $850,000,000 by auctioning off taxi medallions, the de Blasio administration merely offered drivers a maximum of $29,000 in so-called “debt relief.” This plan did nothing but further enrich lenders at the expense of city taxpayers. Additionally, the TLC has baselessly claimed it has distributed an ever-increasing amount of debt relief money to drivers. Yet, no such plan had been implemented, and the rules of the city’s plan had not even been decided yet. And since the September 27 public hearing on this question, the TLC had continued to delay this decision in hopes of waiting out the protests of these drivers.

For its part, the NYTWA’s primary demand was a restructuring of these loans down to a principal amount of $145,000, with monthly payments capped at $800. The city was to become the guarantor, assuming the rest of the debt if drivers are forced to default, and their medallions are repossessed. However, even this modest demand, which minimized costs to the city and guaranteed continued profits for the lenders, was entirely rejected by the TLC.

Eventually, on November 3, after weeks of protests and negotiations, a compromise deal was announced between the NYTWA, City officials, and Marblegate Asset Management, the largest holder of taxi loans. Under the agreement, drivers’ debt would be reduced to $170,000, and the monthly debt payments will be capped at $1,122. The city will also give the lender $30,000 per driver and guarantee the loan if the driver defaults.

The NYTWA is hopeful that this will lay the basis for a long-term resolution of the crisis. Yet, both the total debt and the monthly payments assumed by the drivers are significantly higher than the NYTWA had demanded. And although Marblegate is the largest single debt holder, about 60% of drivers’ debts are held by other corporations and were not covered by the deal.

Origins of the taxi medallion

To understand the recent worsening of the crisis, it is essential to understand its origins and genesis. The right to drive one of NYC’s iconic yellow cabs requires both a special driver’s license and a medallion to pick up fares. These medallions, which are bolted to the vehicle’s hood, are sold by the city in limited numbers, and it is legal for their owners to resell them on to a higher bidder.

This system was put in place in 1937, when the then-unregulated taxi industry had created a crisis of overproduction, and the government stepped in to regulate the total number of taxis in NYC. The reforms of the 1930s also transformed the yellow cab industry from one in which many drivers worked for taxi companies to their current precarious position as self-employed owner-drivers, ruined by mountains of debt. Adding to the pressure, they are now competing with loosely regulated mega-corporations such as Uber and Lyft.

By the early 2000s, the price of a taxi medallion had risen to over $200,000. Rather than regulating these prices or abolishing this exploitative and abusive system, then-Mayor Michael Bloomberg’s administration chose instead to begin auctioning off medallions at whatever price they could get.

These auctions, and the speculation surrounding them, created a full-scale bubble in which drivers had no choice but to take out predatory loans. In 2014, the price of taxi medallions peaked at $1 million, with thousands of drivers trapped in high-interest loans. To avoid touching the interests of the lenders, Mayor de Blasio and the TLC claimed they had no responsibility to regulate such loans.

Like all bubbles, this inevitably burst, with medallion prices falling as low as $70,000 after the emergence of rideshare corporations like Uber and Lyft, which the city exempted from the taxi medallion system. Through regulations such as these and on the basis of abysmal wages, every sector of the economy is increasingly concentrated in the hands of massive corporations while ruining small proprietors like yellow cab drivers.

With excessive working hours to pay off ludicrous debts, a renewed threat of losing their homes and livelihoods to debt-collectors, and competition with a massive new industry over a pool of customers vastly reduced by the COVID-19 pandemic, it’s no wonder that yellow cab drivers were driven to collective action. Although these drivers have no clear “boss” to strike against to demand better conditions and wages, they are clearly at the mercy of the Democratic Party-controlled city government. The unelected Taxi and Limousine Commission has every interest in serving the big bourgeoisie whose interests they represent while ignoring the plight of these drivers.

How drivers can fight together and win

Despite winning some modest concessions for some drivers, the new agreement is hardly a resounding victory. With its 20,000 members and the support of other drivers, the NYTWA could have gained even more as a result of this battle—the fight over NYC’s yellow cabs is far from over.

The NYTWA should hold meetings about the recent deal with its members and strategize a way to achieve their original demands. The drivers should understand that the agreement is a step in the right direction, showing the value of fighting back. But some 60% of drivers remain uncovered, and only on the basis of unity and solidarity can the drivers make meaningful gains for all. With an educated, mobilized, and united membership, the NYTWA could announce that until its full demands are met and all holders of taxi medallion debt are included in the deal, it will call its members out in a rolling series of strike actions, targeting those times when taxis are in highest demand.

Although we understand the desperation of those drivers who went on a hunger strike, and although this brought media attention, this is not usually a tactic that leads to victory for workers in struggle. The strength of workers and associations of small proprietors in proletarian-like conditions like the NYTWA is their power to withhold their labor and shut down production, which hits the capitalists where it counts: their profits.

Imagine a mile-long cab picket line at the entrances to LaGuardia and JFK! If announced ahead of time, many tourists and business travelers would seek to avoid traveling to NYC. This is the kind of pressure that could force de Blasio and the city government to back down.

The NYTWA should also appeal openly for support from the broader NYC labor movement, making the case that workers throughout the five boroughs should support their fight. Labor is always stronger when various sections win their battle against the bosses. A victory for taxi drivers can only inspire confidence for workers in struggle across the city.

NYC’s population and concentration of capital are higher than most countries in the world. The only way forward for all workers in the city is the establishment of a workers’ government. In sharp contrast to the capitalist state, whose purpose is to serve the wealthy few, the tasks of a socialist government would be to serve the interests of the overwhelming majority of society. This again shows the need for a mass working-class socialist party.

As revolutionary socialists, we believe that the entirety of the taxi drivers’ debts should be forgiven, with no compensation to lending capital. The competition between rideshare companies and taxicabs should be ended, with Uber and Lyft nationalized or municipalized under democratic workers’ control. The taxi cabs and the rest of the transportation network, including the MTA, should be integrated into a single coherent entity under public ownership as part of a vastly improved and affordable public transportation system.

Capitalism offers no future to cab drivers or anyone forced to work long hours to pay the bills. Reformist attempts to square the circle of capitalist exploitation and crisis led to the medallion system being created in the first place. Only the revolutionary overthrow of capitalism by the workers and the socialist restructuring of society can offer a real and lasting solution to this crisis. Only socialism can lay the basis for a society in which each works according to their ability and receives according to their needs.