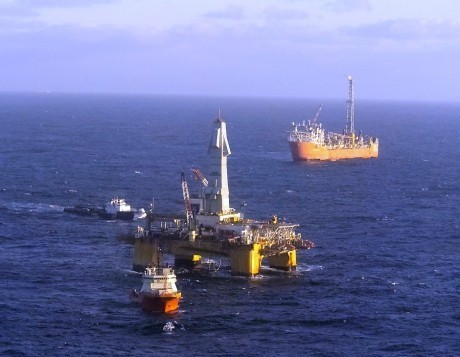 October 6, 2021 – From International Socialists
64 views
In March of 2020 federal Liberal Natural Resources Minister Seamus O’Regan announce a $320 milliontransfer to the Newfoundland and Labrador government of Liberal Premier Andrew Furey. The fund was to be used to create jobs and reduce carbon emissions in off-shore oil extraction.
Furey’s government’s call for proposals to access the fund had three eligibility requirements: support employment, generate environmental benefits or co-benefits*, and support existing oil and gas installations. The asterisk leads you to the definition of co-benefits, “Co-benefits can be any additional benefits that are generated through the implementation of the project. (e.g. safety, socio-economic, gender equity and diversity, etc.)” The Liberal definition of reducing emissions is reduce emissions, or do anything else.

Just before the election we found out where most of that money was going when the provincial government announced that two thirds of it was going to Suncor Energy and Cenovus Energy to restart oil production at the failed Terra Nova off-shore oil field. Located 350 km off the coast of Newfoundland this oil field was first exploited in 2002. Two years later it was closed for maintenance and it has never been profitable enough to re-open over the intervening 17 years.

But $205 million in Federal cash advertised as a fund to reduce carbon emissions, plus $300 million in reduced royalties are enough to coax this defunct oil field back to life. The oil companies expect to extract 11 billion litres of oil from the project over the next decade.

This is the true meaning of Liberal climate plans. Feel good announcements for the public as a cover for a pipeline of subsidies to ramp up oil production when nobody is looking.

Bhima Koregaon and the “Powers of the Other Shore”