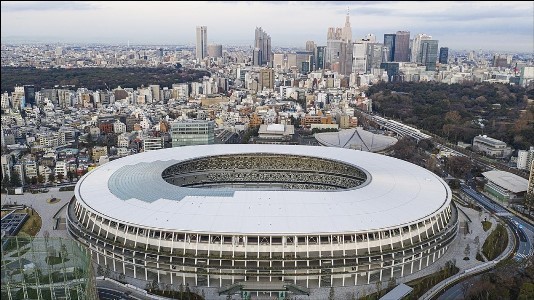 Every Olympics reflects the sad contradiction of the world we live in, but Tokyo 2020 took this to a whole new level.

On the one hand, millions of people enjoyed and were inspired by the exhilarating displays of speed, skill, elegance and endurance of Kipchoge in the men’s marathon, British BMX rider Beth Shriever powering to gold, and Charlotte Worthington becoming the first woman to land a 360-degree backflip.

But on the other hand, the games took place against the backdrop of protests in Japan. The games went ahead purely to preserve the mega-profits of exploitative companies. Meanwhile, Covid infections and deaths in Japan continue to rise rapidly. While all Olympic athletes and team staff were sure to get vaccines, roll-out has barely got going in Japan.

And there is another aspect still, Team GB’s success in the medal table, hides a rapidly growing crisis of access and participation in sports and exercise.

This reveals serious problems with how sport is funded and organised – who controls the funds, and what objectives sporting organisations seek to achieve.

Millions, young and old, will have been inspired in the last two weeks, but the opportunities for working-class people in Britain to take part in basic sports – let alone those requiring equipment and facilities – are worse than ever.

In May, a report highlighted how one third of children now leave primary school unable to swim, with 40% not given swimming lessons even though it is part of the national curriculum.

This is a consequence of years of cuts, austerity and attacks to school and public swimming facilities. A similar fate has met most other public sports and exercise facilities.

Previously, the Sports Council, with its motto ‘sport for all’, directed and governed sport in the UK. In 1994 the Tory government replaced it with UK Sport, which concentrates funding on top-end professionals.

The idea behind this came from former Olympian and Tory, Sebastian Coe. He saw financial support for elite sport as the overriding priority, putting local authorities in charge of grassroots sport.

But over many years of Tory and New Labour attacks on public services, funding for mass participation has been one of the first victims. This has excluded the majority from ever getting the opportunity to try out many sports.

Sports funding elitism has even reached a stage where some athletes were denied selection for Rio and Tokyo, despite having qualifying times, because they weren’t deemed ‘medal winners’.

The Socialist Party campaigns for the funding, facilities and time for everyone to take part in sports. Reverse cuts and sell-offs of school and community facilities, we call for the nationalisation of all sport and exercise facilities for the benefit of everyone and for investment in free, high-quality sport aimed at participation at every level.

Throughout recent history the ruling class has attempted to block working-class people from sports. The infamous ‘mechanics exclusion clause’ was adopted by many early amateur sports bodies in the 19th century, including rowing and even athletics. Its job was to keep out the successful new breed of working-class professional athletes.

These rules excluded not only those who made a simple living from sports, but also anyone “who is or has been by trade or employment for wages a mechanic, artisan or labourer.” Later these sports, predominately Olympic, allowed workers to take part – but banned ‘professionals’, allowing those with the luxury of an independent income, and not having to work, the time to train and travel to compete. This gave these ‘amateurs’ huge advantages over working-class athletes who toiled each day at work.

Despite this, many workers throughout the 20th century continued to pursue their chosen sport to the highest level. This often involved training multiple hours a day around full-time manual work.

Many working-class athletes smashed the obstacles the ruling elites put before them, and many still do today, as has been shown over the last two weeks. BMX rider, and gold medal winner, Beth Shriever had her funding withdrawn, unlike the male BMX riders.

Today, low wages and long working hours are still an insuperable barrier to many aspiring athletes.

A socialist society could see a complete change in how sport is organised and run. All sports and facilities could be opened up, and hugely expanded, for enjoyment by everyone. This could be run democratically by fans, athletes, coaches and the local community.

It could be based around workplaces, schools, communities, and local clubs, as part of a nationally planned set-up sharing expertise and resources.

This would allow everyone to play and take part to whichever standard they wish – just for fun, to keep fit or to become a professional athlete.