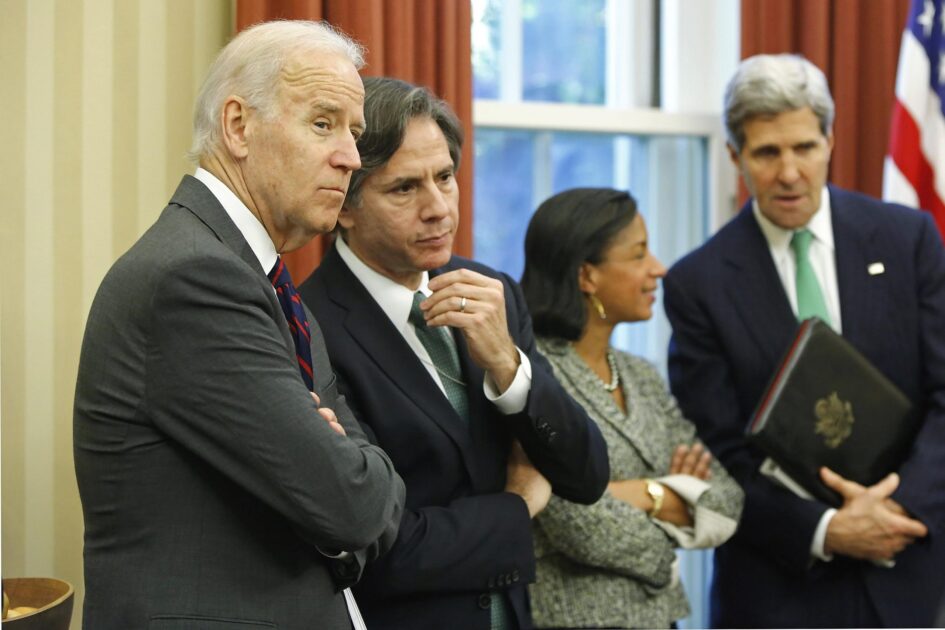 “We went to Afghanistan almost 20 years ago with clear goals: get those who attacked us on Sept. 11, 2001, and make sure Al Qaeda could not use Afghanistan as a base from which to attack us again. We did that. We severely degraded Al Qaeda in Afghanistan. We never gave up the hunt for Osama bin Laden and we got him.

First of all I hate that nationalistic jingoism “homeland,” but that’s what y’all’s president said yesterday in his speech about the inevitable unfolding chaos in Afghanistan, and the man was belligerent in saying the quiet part about US imperialism in Afghanistan out loud. He might as well have stood at the podium and said, “We went into Afghanistan for payback against the terrorists we helped create when we used the Afghan people to fight the Soviet Union in the 80s, and that’s all we cared about. We did that and to hell with them people and their country!”

Then Biden had the unmitigated and repulsive gall to blame the Afghans for not fighting for their country, for their future. He said those words and I can’t even say what i really want to right here, but let’s never, ever forget that by the time Osama Bin Laden was found – in PAKISTAN by the way, not Afghanistan – ten years after the US invasion into the country, Afghanistan had been ravaged by the war, and US operations that were supposed to include reconstruction efforts weren’t because the US didn’t seriously plan for it. Not with the requisite manpower, nor with the proper understanding of the politics of the country, not with the proper planning, not with the concern for the people in Afghanistan at all. It’s Charlie Wilson’s War all over again.

Instead, the CIA, Washington politicians, US military “experts” decided to centralize a US-fashioned government in Kabul instead, and threw duffle bags and suitcases full of money at those corrupt leaders who had as little in common with most of the people in Afghanistan as the US military and contractors and mercenaries manipulating them did.

And then the despicable arrogance of Biden dismissing the Afghan people as cowards, or as too stupid to fight by saying that ‘We gave them every chance to determine their own future. What we could not provide them was the will to fight for that future” is horrifically devoid of any historical accuracy whatsoever! I told you yesterday that the Afghan people WERE struggling for their own self-determination, but the US had to seize on that internal struggle to wage a proxy war against the Soviet Union. Biden said that they don’t have the WILL to fight? The Afghan people have fought every interloper that came into their country that thought they would have a say in Afghanistan’s affairs and the Afghans sent all of them packing. They didn’t have the will to fight? The ahistorical white supremacist nerve of that man.

And remember that the US threw together an Army in Afghanistan pretty much like they threw together the government. They pulled together the literal survivors of foreign wars, the war weary people whose cultures and beliefs the US mocked, derided, dismissed, and had no interest in truly learning about, and instead of providing regional material support to people to rebuilt their communities, the US in its infinite wisdom armed those folks and told them to fight against the enemy that the US pointed them toward. Which was the enemy the US helped created in the first place. And the military brass and super-smart consultants and CIA spooks and highly paid government hit men, aka mercenaries and the slick politicians in Washington thought the Afghan people in that army were too stupid to know this.

So of course Biden’s speech oozed with the hateful contempt that US military brass had for the Afghans that were exposed The Afghanistan Papers published in 2019. In those documents it was revealed that US officials “depicted the Afghan security forces as incompetent, unmotivated, poorly trained, corrupt and riddled with deserters and infiltrators.” Do we seriously believe those Afghan people didn’t know how much the US military absolutely loathed them?

This man stood at that podium and said that he told Afghan officials that “…Afghanistan should prepare to fight their civil wars after the U.S. military departed. To clean up the corruption in government so the government could function for the Afghan people.” The civil war the US helped fuel after the US-armed mujahideen pushed the Red army out of the country? The corruption the US government enabled by propping up greedy leaders who the US paid with suitcases full of US dollars?

And then he said, “The events we’re seeing now are sadly proof that no amount of military force would ever deliver a stable, united, secure Afghanistan, as known in history as the graveyard of empires.” Graveyard of empires – there’s that despicable dehumanizing phrase again, but of course Biden would say it without thinking that he’s relegated the whole country to a place where nothing lives, as if it were not the people living in that country who sent empires running from their borders with their tails between their legs. And for the millionth time, IT IS NOT THE JOB OF OUTSIDE MILITARY FORCES FROM OTHER COUNTRIES TO MAKE ANOTHER COUNTRY STABLE OR UNITED. The ARROGANCE of American imperialist exceptionalism is just too much!

Listen, I am not at all arguing here that Biden should keep troops in Afghanistan. We need to be far more mature in the way we have these discussions, not resorting to ridiculous comebacks when US imperialism is criticized like, “Oh so you WANT the troops to stay???” No I do not. What I want – what every real anti-imperialist wants – is for the crimes of this empire to be exposed, and for the figurehead of the empire to not get away with those crimes by blaming the people in the cross hairs of the empire, in this case, the Afghan people. The truth is, there was no failure in Afghanistan. This was the only conclusion to the US policy that was explained by Biden in the beginning of his speech – to protect the US from the threat of terrorism on our shores.

And the empire did that knowing full well that they created terrorists and were terrorists on someone else’s shores. Biden just carried on the tradition of the being US Imperialism’s Defender In Chief at the expense of the Afghan people that US imperialism has terrorized for more than 40 years.