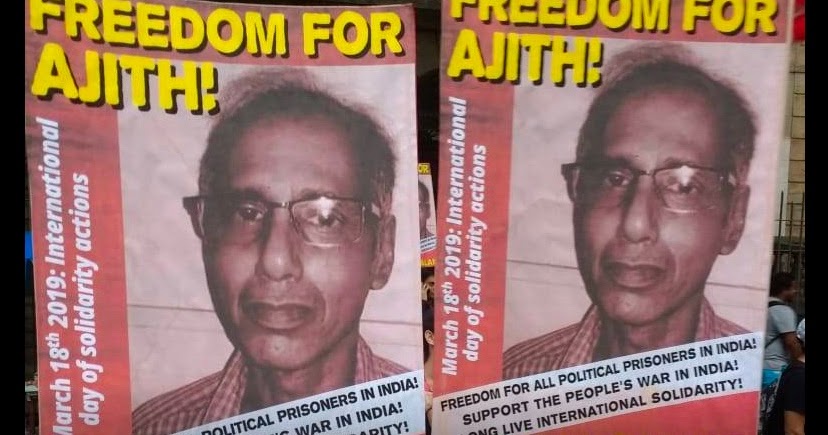 As I have argued and asserted for a long time, Ajith is one of the important thinkers of the modern Maoist movement. His Against Avakianism, though it is largely concerned with the deviation of Avakian’s “New Synthesis”, uses this debate within the ICM to establish significant principles just as Engels’ Anti-Duhring established similar principals against Eugen Duhring who is now a nobody. Just as we don’t read Anti-Duhring to learn about the thoughts of Eugen Duhring, we shouldn’t read Against Avakianism as a historiography of Bob Avakian’s thought: it is what is established against this deviation that matters. This is not to say that Against Avakianism has the same theoretical status as Anti-Duhring; the analogy, here, is meant to indicate that it possesses the same function––it theoretically “spills” beyond its polemical target.

For those outside of the Maoist International Communist Movement (ICM), it might seem a bit strange that an entire book (the Foreign Languages Press version of Against Avakianism is 222 pages) is ostensibly about Bob Avakian’s “New Synthesis”. The fact that the RCP-USA has become a small organization in the US known for cultish behaviour (remember that time they took Avakian’s image to Burning Man?) would seem to imply nobody should waste their time engaging with the bombastic proclamations of their chairperson. Within the ICM, though, such an engagement was necessary. At one point of time the RCP-USA was a significant anti-revisionist organization. Even when it began to contract significantly at the end of the 70s (Leonard and Gallagher’s Heavy Radicals examine the events that brought the RCP-USA’s degeneration about, which included serious FBI infiltration) it still used its resources and contacts to establish an international body, the Revolutionary Internationalist Movement (RIM), wherein multiple revolutionary organizations around the world could meet, establish the basic notion of contemporary Maoism, and support each other. The fact that it established the basis of the RIM, however, did not mean it was in control of the RIM since organizations such as the PCP and the CPN(Maoist) were emerging as the organization’s political leaders. It did, because of its position within an imperialist country, maintain control of the CoRIM and thus used this to attempt to shut down debate and in fact liquidate the RIM when it could not longer agree with the political line of its members. Moreover, it used its influence to spread Avakian’s particular post-Maoist ideology to numerous other organizations, which is why Ajith (and others) believed it was important to wage an ideological line struggle against the RCP-USA’s Avakianist dogma. Not because the RCP-USA mattered anymore within the terrain of class struggle in the US, but because it had the assets and resources to export its ideology to other groups in the ICM. Similarly, it was not Eugen Duhring himself that mattered to Engels when he wrote Anti-Duhring; it was the possible affect Duhring would have on the working-class movement that mattered. And what was established in that text about historical materialism is now historically more important than Duhring’s pompous and useless philosophizing. Indeed, within Against Avakianism we discover multiple aspects of MLM worked out and grasped scientifically, so as to be asserted against Avakian’s supposed “New Synthesis”. The book concludes, after all, with the insight many criticisms of the “New Synthesis” have made––that “Avakianism is neither new nor in any way a synthesis” (176)––but has grounded this insight in a demonstration about what makes Maoism the current stage of revolutionary communism and why claims about successive stages cannot be made prematurely. Hence, Against Avakianism functions, in its own words, “to put stress on Maoism in order to sharpen the struggle against revisionism and all other alien thinking.” (Ibid.) Such a stress is the book’s main focus, and a lot of ground regarding dialectics, revolutionary science, and categories of dialectics and science is covered in the process.

Rereading Against Avakianism now, years after the line struggle against Avakian’s “New Synthesis” was first waged, brings home my contention that Ajith is one of the important thinkers of modern Maoism. There is so much in this book that I synthesized into my own thought that was foundational to Continuity and Rupture. While it indeed the case that I cited Ajith in that book, I did not cite him as much as I could have. Largely because I had synthesized his insights with other Maoist theory I was reading at the time, and thus to my own thought and my own organizational experiences, there was much in that book that was directly influenced by Against Avakianism but I didn’t consciously realize it at the time because it had become assimilated to an understanding developed through multiple sources. Actually, we can go back a bit earlier to The Communist Necessity, completed and published just a year after Against Avakianism first appeared, and Ajith’s fingerprints are all over that book as well. “The possibility of humanity becoming extinct through the same contradictions that make communism possible is real,” Ajith writes: “Capital’s endless drive for self-expansion that lies at the root of these contradictions could very well lead to an environmental catastrophe making human life impossible.” (153) But he asserts this possibility while still asserting that this does not change the fact that communism is historically necessitated––precisely the point of The Communist Necessity. I really wish this influence hadn’t been pushed into my unconscious and I was consciously aware of it when I wrote that book so I could have properly cited my influences. As a side point, this is a perfect example of how, despite our best attempts at indicating our influences, we often forget some of the influences on our thought. We are not unique, all of our thinking is derived from what we study, and if we study a lot then some influences might be temporarily forgotten.

When I wrote Critique of Maoist Reason I tried to make these influences more evident, especially the influence of Ajith. I think anyone who reads Critique but who hasn’t read Ajith should go back and read him just to get a sense of the genealogy of thought. I wanted that book to be an encouragement to read the contemporary thinkers of the Maoist movement, and the work produced under the name of the main MLM organizations around the world. Reading these thinkers and organizations––rather than reading, for example, the thoughts on Maoism put out by small US and European organizations––is more meaningful for thinking Maoism as Maoism. Ajith was influential here, largely because he has been doing for a long time what I think we all need to be doing, rigorously thinking Maoist thought and thus the meaning of MLM. He has been, for a very long time, an organic intellectual who understands philosophical practice within the terrain of revolutionary science.
Hence, I am super-excited that Ajith has a new collection of essays coming out with Foreign Languages Press. I am delighted that I have been asked to host the virtual book launch. Here we have a chance to listen to an organic intellectual and engage with his thoughts in real time.