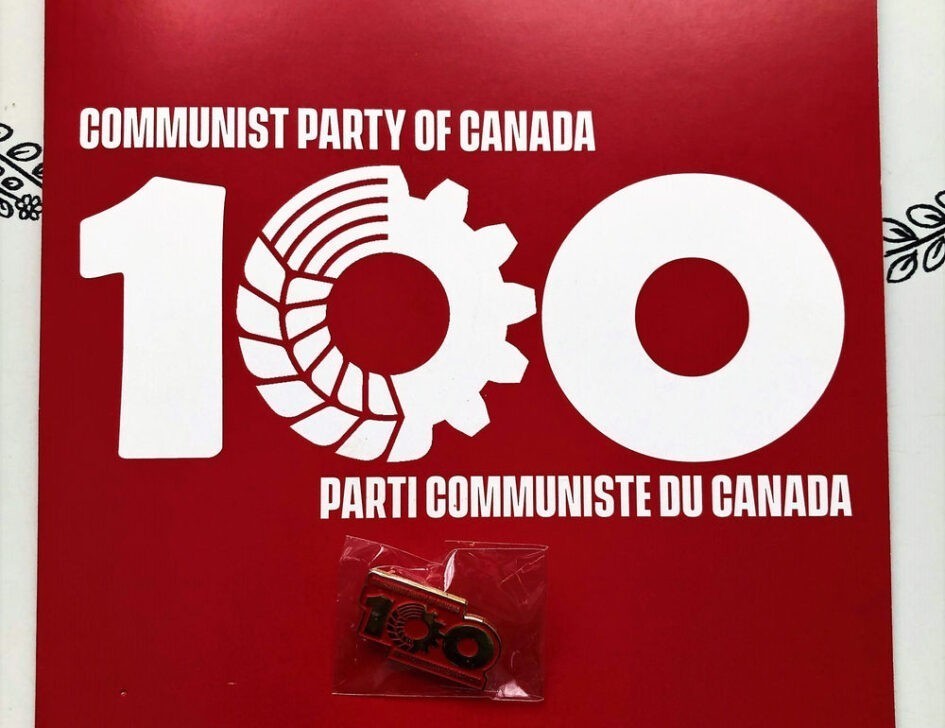 In the midst of an election campaign in which the party is running 26 candidates on an avowedly socialist and anti-capitalist platform, the Communist Party of Canada has released a retrospective of their 100 years of struggle. In May, 1921 the Communist Party of Canada was formed in Guelph, Ontario. Over the course of this centennial year, the party has been celebrating and honouring their past in various ways including online events and a documentary.

Now they have released an illustrated history of the party — with text in French and English — that you can order with an accompanying limited edition enamel pin for $20 tax and postage included. (Order at: 100 Years of the Communist Party of Canada | (peoplesvoice.ca)) It is full of vintage and current photographs and follows the party from its origins, through the Great Depression, illegality, the war and the Cold War. It then looks at the party’s fight to survive the counter-revolutions in the USSR and Eastern Europe and their stances today. One of many photos from the booklet

The CPC’s fight continues and the party is fielding 26 candidates in the current federal election on an avowedly socialist and anti-capitalist platform under the slogans FOR A PEOPLE’S RECOVERY FROM CAPITALIST CRISIS and PEOPLE & THE PLANET BEFORE PROFITS.

For a full list of the Communist candidates in this election see: Candidates – Vote Communist

The party election website is at: Vote Communist – People and the Planet Before Profits We Need Socialism, Not “Woke Capitalism”

Book your tickets to Socialism 2021 (England & Wales and Germany)