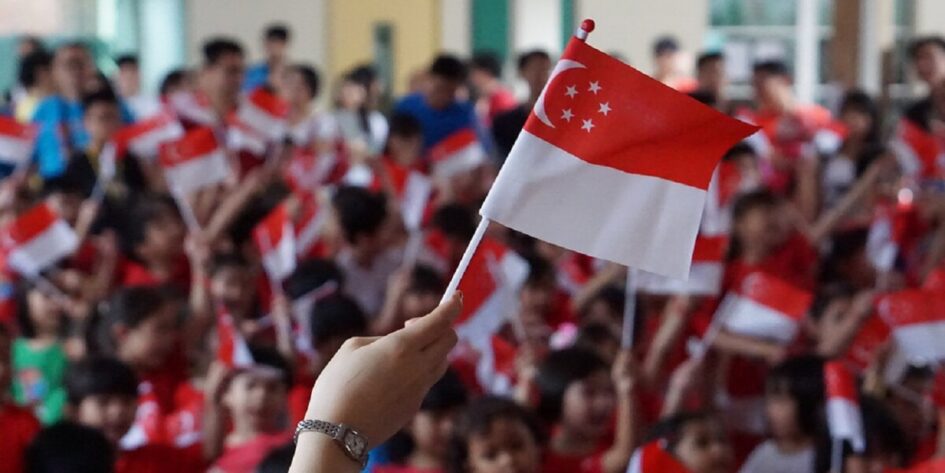 Singaporean elections are a curious beast to describe to outsiders. On the surface, everything looks above board. There aren’t any accusations of cheating or corruption, and politicians (especially opposition ones) take care to assure citizens that their votes are secret and respected. In the July 2020 general election, Singaporeans elected 10 opposition MPs, out of a total of 93 elected seats. That’s the highest number of opposition MPs we’ve had since independence in 1965. Given this, one might conclude that the ruling party, which has won an overwhelming supermajority in parliament time after time, is simply devastatingly popular. The reality, though, is much more complex.

The main player’s rise to power

The People’s Action Party (PAP) is the main player in Singaporean politics. It first came to power in 1959, after the city was granted full internal self-government by the British. It has won every subsequent election – but it hasn’t always been a fair fight.

In the 1960s, its main challenger, the Barisan Sosialis – a left-wing party born out of a schism within the PAP – was greatly weakened by the government’s use of internal security laws. The most notable example was Operation Coldstore, launched in February 1963, in which more than 100 union workers, activists and politicians, including 24 key members of the Barisan, were arrested and detained without trial. This severely affected the party’s leadership and organising capabilities. In 1966, after Singapore’s separation from Malaysia, the Barisan decided to boycott elections, in protest at the PAP’s ‘undemocratic acts’ and what it called Singapore’s ‘phoney independence’. This led to a complete PAP domination of parliament, which was only broken in a by-election in 1981.

Historically, the PAP has often been left unchallenged in multiple electoral wards. The 2015 general election was the first time every seat was contested.

The PAP’s dominance over the Singaporean socio-political landscape has allowed it to frame issues to its own benefit. The effective outlawing of demonstrations and strikes, for instance, is widely seen as necessary in the interests of public order and the Singaporean economy. Political opponents have been demonised in the mainstream press – also under PAP influence, if not control – or bogged down by ruinous defamation suits. Many independent organisations, such as student unions, have been defanged, while trade unions have been entirely co-opted into a ‘symbiotic relationship’ with the ruling party under the umbrella of the National Trades Union Congress. A climate of fear has kept many Singaporeans away from opposition politics, activism or anything that might be perceived as ‘anti-government’.

Election campaign periods are also notoriously short, usually kept to the legal minimum of nine days. Opposition parties – which tend to be under-resourced in almost every way, from finances to manpower – must therefore scramble to reach as many people as possible within a very tight timeframe. Sometimes, this is made worse by the fact that the electoral boundaries have shifted under their feet, making pre-election outreach efforts meaningless.

Singaporean elections work on a first-past-the-post basis. In 1988, the PAP government introduced the group representation constituency (GRC) system, whereby political parties put up teams of candidates to contest mega-constituencies in a winner-takes-all framework.

Ostensibly, this was to ensure minority representation in parliament: each team is required to include at least one minority candidate. Practically, however, the GRC system has made it more difficult for opposition parties to compete; some smaller parties have struggled with putting together teams or having enough resources to canvass a mega-constituency.

The existence of large GRCs also means that smaller single member constituencies (SMCs) where the opposition has done well can be wiped off the electoral map completely. This happened before the 2015 general election, when Joo Chiat SMC — where the opposition Workers’ Party had lost by a whisker in 2011 — was absorbed into the larger Marine Parade GRC.

Change on the horizon?

Against this backdrop, the 2020 election was a breakthrough for Singapore. It led to prime minister Lee Hsien Loong officially granting role of leader of the opposition to the Workers’ Party leader, Pritam Singh, acknowledging that there is now a large enough contingent of opposition MPs to warrant a recognised leader.

The relative openness of online spaces – especially social media platforms – for political expression has partly eroded the pervasive climate of fear, normalising publicly expressed support for opposition parties. People are also more willing to volunteer for opposition parties, particularly during elections, or even put themselves forward as candidates.

The recent results suggest that voters have begun to value political plurality in parliament. The call by the successful Workers’ Party candidate, Jamus Lim, not to grant the PAP a ‘blank cheque’ appears to have resonated. The opposition seized its second GRC win (the first came in 2011), despite commentators previously predicting that a ‘flight to safety’ mentality during the pandemic would benefit the incumbent.

But such shifts in the popular mindset can only push the needle so far. Even the 2020 breakthrough should have been much more significant, were it not for the pitfalls of first-past-the-post, exacerbated by the GRC system. While the PAP won only 61 per cent of votes, that translated to 89 per cent of seats.

Singaporean elections are free enough that their results are generally seen as representative of the people’s will. But ultimately, the system remains skewed to ensure that one party continues to enjoy an unfair advantage.

Kirsten Han edits We, The Citizens, a website and newsletter covering politics, rights and social justice in Singapore.

#TWT21: Socialists and the Labour Party