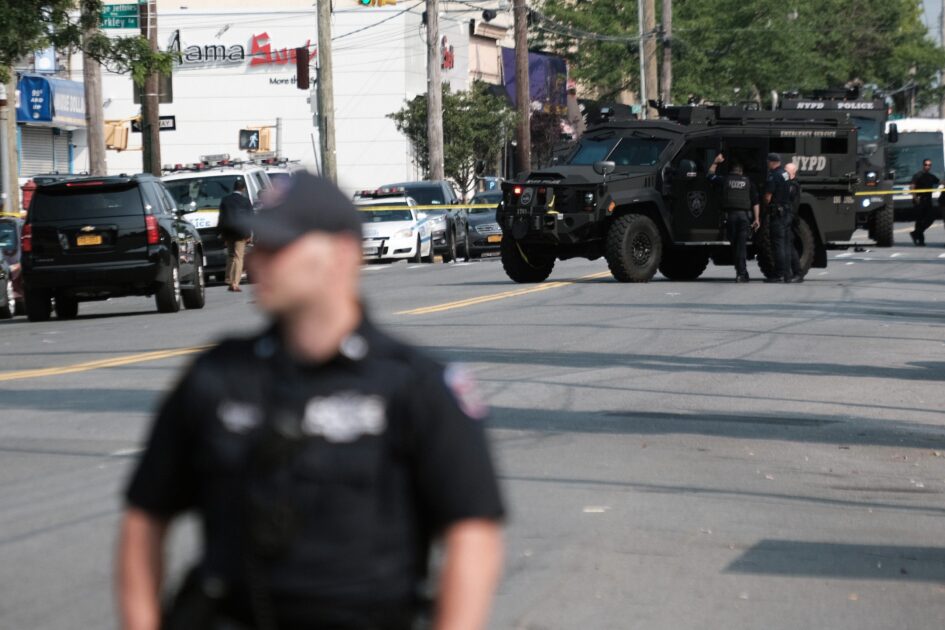 This story originally appeared in the Garrison Project on Oct. 26, 2021. It is shared here with permission.

Policing has an amazing ability to fail up.

Last week, sexual assault victims told New York City Council’s Women and Gender Equity and Public Safety committees about the New York Police Department’s Special Victims Division’s dreadful handling of their cases. One woman said that despite providing investigators with a “comprehensive 13-page document detailing the incident,” the detective didn’t interview witnesses and her case was closed twice without her knowledge. Another woman told the council that a sergeant dismissed her sexual assault claim because she was sleeping when it happened, explaining “he has sex with his wife while she’s asleep and she’s not reporting him for rape.” Despite such testimony revealing the NYPD’s profound misogyny and a deeply rooted disinterest in solving sexual assault cases, the problem is routinely framed as an issue of resources, staffing, and training.

While such scandals and high-profile cases of police brutality cause people to recognize the harms of policing, the public still views them as remediable failures of an institution designed to “serve and protect.” Perhaps it is time to view them not as failures of the system but as part of the system itself.

Policing in the United States was never mainly about fighting crime: It was meant to manage people and communities to serve the interests of the powerful. Police forces did not originate to fight crime, they did not expand in response to crime spikes, and it remains contested whether they fight crime at all.

Police forces emerged in the early 19th century and became the norm by the Progressive Era.

In the Reconstruction-era South, organized policing emerged as part of the effort to maintain postwar social and economic White supremacy. “Black Codes,” with their broad definitions of vagrancy, rendered freed people perpetually subject to state detention and forced labor.

An 1865 column in the Lynchburg Virginian explained that these “stringent police regulations” were “necessary to keep [freedmen] from overburdening the towns and depleting the agricultural regions of labor.” The police forces created to enforce these regulations included former slave catchers and patrollers, and as historian Sally Hadden notes, they “kept blacks off city streets, just as patrollers had done in the colonial and antebellum eras.”

In the North, wealthy industrialists organized police forces to control factory workers. In Buffalo, New York, industrialization exploded in the late 19th century, and along with it, the Polish migrant population. The Buffalo police force grew substantially from its inception in 1871 to 1900, but this growth, according to historians, “had no direct relationship to either the growth of the population or to an increase in crime.” Instead, the police department, whose commissioners were the manufacturing barons themselves, existed and expanded to thwart workers’ demands for decent labor conditions. As in the South, these police forces relied on vagrancy laws to prevent worker assembly and arrest labor organizers.

Policing expansions served political interests, but commentators often describe them as reactions to a crime wave. In the latter half of the 1980s, well after pro-policing politics had ascended, there was an increase in the violent crime rate due to a rise in homicides of and violence against young Black men, which researchers attribute to the urban crack cocaine trade. Media narratives of the crack epidemic incorporated longstanding tropes of Black criminality and whipped up fear, providing a boon to police departments, despite crack’s geographic specificity. But it appears there was no overall crime wave.

A 1993 study sought to put numbers to the “widely held belief that the level of serious criminal activity increased during the 1980s, particularly among the urban underclass.” Examining crime data from 1979 to 1992, the researchers concluded that “statistics do not support the notion that there [was] any overall rise in the level of criminal activity.” Instead, “there was a large increase in the incarceration rate, primarily attributable to an increased probability of incarceration . . . and a sizable increase in the number of arrests and incarcerations for drug law violations.”

A caveat on research is warranted here. For every study, one can likely find another with a different conclusion or spin on the data. I leave it to empiricists to battle over methodological and interpretive superiority. What is clear is that the data on crime in the ’80s paint a very different picture than one of an America under siege.

In fact, when President Clinton signed the Crime Bill in 1994, crime rates were already in decline. They continued to decline for the next quarter century, while policing continued to expand. In 1990, there were, on average, 12 violent crimes per 1,000 people, and cities spent an average of $182 (in today’s dollars) per resident on the police. By 2017, the violent crime rate had decreased by 56 percent to five crimes per 1,000, and budgets for police increased by 59 percent to $292 per resident.

Did the expansion in policing cause the crime decline? Probably not. A study on police deployment and crime rates from 1991 to 2000 found “increases in police strength during the 1990s [had] little to do with changes in all measures of the crime rate after controlling for other demographic factors.” A comprehensive 2014 study found “police manpower levels” had no effect on deterrence. The study’s authors concluded that policymakers should “reconsider whether increases in police manpower bring sufficient crime reduction benefits to justify their costs” and consider “alternative investments that are more likely to reduce crime.”

The findings casting doubt on whether police expansions reduce crime should not be surprising.

The police deployment study also revealed that every one percent increase in Black population in a neighborhood correlated with an increase of 5.54 police officers per 100,000 residents.

Contemporary research continues to challenge the presumption that policing is more about catching criminals than controlling communities of color. Policing experts report “a consensus that the standard model of policing, which focuses on random preventive patrols and rapid response time, does not significantly reduce crime or even fear of crime.”

Studies also undermine the claim that “proactive policing”—including racially biased broken windows and stop-and-frisk practices—decreases crime, leading criminologists to comment, “there is a substantial lack of evidence in favor of proactive policing having any substantial effect on crime.” New research questions the efficacy of so-called “hot spot” policing that uses data and technology to target certain geographic locations, and scientists warn that the tech often replicates the biases of human police decision making. All the while, cold homicide cases pile up and rape kits languish.

After 150 years of policing being a daily fact of American life, we still cannot proclaim with certainty that it has ever actually fought crime. And yet the cop-as-crime fighter trope is intractable, drilled into the American consciousness by decades of sensationalist news, politics, and TV shows like Law & Order: SVU—what critics call “copaganda.”