Opinion polls and a United Ireland – 1 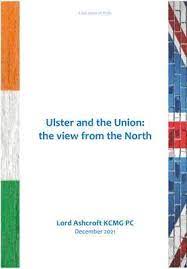 Everyone loves an opinion poll on the potential result of a referendum on a united Ireland.  The media has something to report and its commentators have something to comment on.

Nationalists in particular like them – they are a good fit with Sinn Fein policy of being in favour of a united Ireland while not actually being able to do very much about it.  It keeps the pot simmering with the promise that someday soon it will come to the boil.  Nationalism repeats that there needs to be a conversation about what a united Ireland will be like, as if talking about it brings it closer – giving the impression of doing so – at least to its supporters.

The Dublin Governing parties don’t mind since their policy of sometimes expressing support for a united Ireland tallies with the general view of the Southern population that it would be a nice idea, although without much evidence of it exercising itself to bring it about.  A perfect fit for the Southern establishment and its political representatives.

The British government doesn’t mind because it has said it will do whatever the people want, once again demonstrating its good offices, while it can be confident that it will not be required to do anything very much.

Only Unionists seem not be enamoured with them, even though they should, since they usually show there being no realistic chance of the majority in the North voting for unity in the foreseeable.  This might be a result of their normally dour political outlook in which seventeenth century politics seems by far the most attractive, and among whom some think flying the union flag for Prince Andrew on his birthday is the honourable and righteous thing to do.

Of course, they have an aversion to seeing the little enclave carved out for them being anything other than as British as Finchley, and nobody asks this North London district if it wants to leave the union. They are also concerned that opinion polls may show them winning most of the time, but that they only have to lose the real thing once to have lost definitively, which is progress of a sort, since the last time they lost such a vote they changed the rules to ensure that they couldn’t.

Two opinion polls were reported at the end of last year, one in the North and one in the South, and the issue will become more excited as the results of the March 2021 census in Northern Ireland begin to be published in March this year, although with full results only by next year.

These polls are attractive because they allow for various interpretations.  As we have seen in the vote for Brexit, some on the left still see it as a great idea even if it rallied a reactionary vote around Boris Johnson and split the Labour Party.  If only, they say, the Party had supported Brexit it could have stolen Johnson’s thunder and won over all the pissed-off working class voters available to a progressive sovereignty politics!

Fortunately, opinion polls can rule some claims out, including the idea of Brexit powered by progressive politics, as the Lord Ashcroft poll showed. It demonstrated that it was primarily an English nationalist vote with strong anti-immigrant content that would supposedly have expanded the Labour Party vote by pissing off the 63 per cent of its supporters who voted Remain.  Very convincing, I don’t think.

The Ashcroft poll on Irish Unity reported that ‘The news that Northern Ireland voters would choose to stay in the UK – by a majority of 54% to 46% in my poll, once undecideds are excluded – is a welcome early Christmas gift for unionists. In a similar survey two years ago, I found a wafer-thin margin for Ulster to join the Republic in a united Ireland.’

It then said that ‘My latest research, published today, shows a clear swing back towards remaining in the United Kingdom . . . But as I also found in my survey of over 3,000 voters and focus group discussions throughout the province, it is the nationalists who feel things are heading their way.’

When I first heard this previous poll result, I didn’t believe it to be accurate and in discussion with a colleague in work he didn’t believe it either. It wasn’t consistent with what I knew and with other polling results.  There has also been no political development in the past two years that could explain an increase in support for remaining in the UK or a fall in support for a united Ireland.

The latest poll has recorded that ‘Nearly two thirds (63%) of voters thought that in a border poll tomorrow, Northern Ireland would vote to stay in the UK. However, by 51% to 34% they thought that a referendum in 10 years’ time would produce a majority for joining the Republic in a united Ireland.’

‘While 90% of self-described Unionists thought voters would choose the UK in an immediate border poll, only 64% thought this would be the outcome ten years from now,’ while Nationalists belief that the vote would be for a united Ireland increased from 47% to 91%.

Nationalists overwhelmingly (93%) expected Northern Ireland to be out of the UK within 20 years, two thirds (67%) of unionists thought they would still be part of the Union at that stage. However, fewer than half (47%) of unionists thought the status quo would still prevail in 50 years; 23% said they thought Ulster would have left by then, and 30% said they didn’t know.

This reflects a certain pessimism of unionists, consistent with their reactionary and generally paranoid politics where ‘Lundies’ and traitors are a constant threat, but also reflects for some a nagging unspoken acknowledgement of the illegitimacy of their position, which doesn’t however extend to shifting from it.  I recall my not very political late Aunt from the Shankill Road in Belfast saying that there would be a united Ireland, but not in her lifetime.  That, it appears, continues to be another largely unacknowledged view.

Whether the pessimism of unionism collapses into resignation and the optimism of nationalism becomes a spur to action is yet to be determined.

World opinion: U.S. is no model of democracy

Opinion | Nurses unions around the world mobilize against Big Pharma

Opinion | The embarrassingly banal fall of a university president