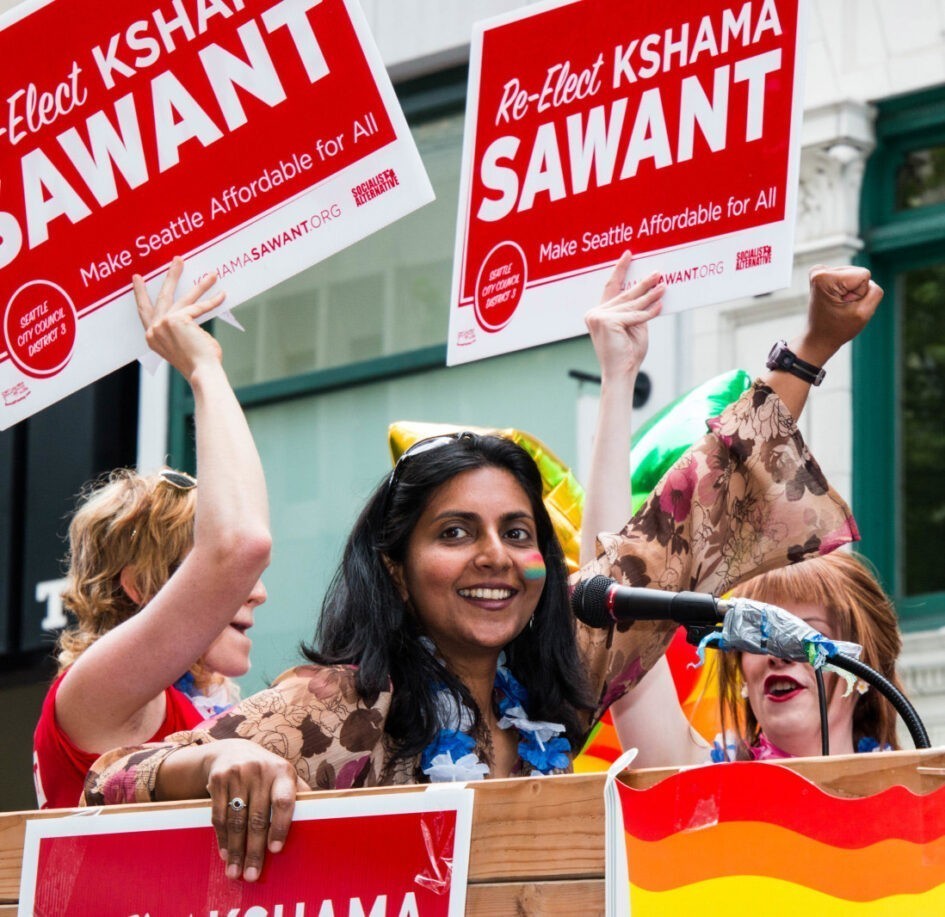 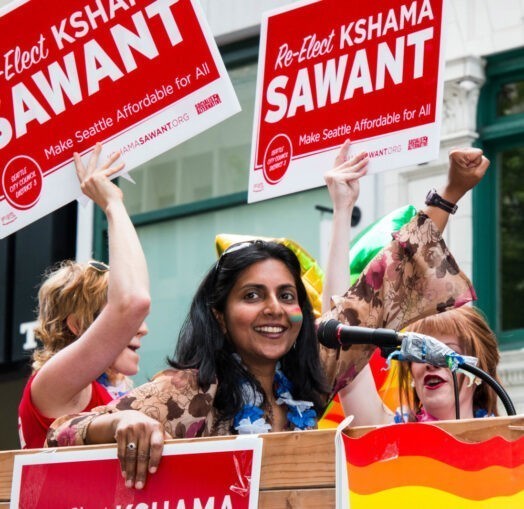 The ruling class from Seattle and beyond is trying to get rid of socialist City Council member Kshama Sawant in a recall election Dec. 7. They charge she supports the Black Lives Matter movement and opposes policies of big business and big real estate.

Sawant is an immigrant from India and was formerly a community college economics teacher. She was voted into office during a wave of working-class support for raising the minimum wage to $15 per hour in 2013, and she has been recognized for being instrumental in winning that fight.

Sawant has built a coalition of working-class supporters, who oppose Mayor Jenny Durkan’s policies, and has pushed the City Council to reluctantly support many of her progressive initiatives. Significantly, she spearheaded the successful campaign to impose a $250-million-a-year “Amazon Tax,” to be used to fund affordable housing, homeless programs and a Green New Deal.

The pro-tenant Council member has helped win renters’ rights, including a law to limit residential move-in fees, and bans on winter evictions and school-year evictions for families of students and school staff members. She is a leader in the fight for rent control, a policy that is very popular among tenants in a city where rents are overpriced and out of the reach of workers.

In relation to policing, Sawant has promoted the passage of a first-in-nation ban on the use of teargas, rubber bullets and other so-called “crowd-control” weapons by the Seattle Police Department.

The recall campaign has filed three charges against Sawant, which are racist and  have to do with her being a pro-working-class activist and not a typical bureaucrat or “pro-boss” politician. The first charge against her is that she led a march to Mayor Durkan’s house, whose address is protected. Other forces led it; she did not.

The second charge is that Sawant threatened public safety by opening City Hall to Black Lives Matter protesters during a pandemic. However, the rally was very COVID-safe. And the final charge is that Sawant allegedly misused public funds to support a ballot initiative named “Tax Amazon.” In fact, this was a small sum, which was spent months before the initiative was even filed.

Members of the ruling class are falling all over themselves to get Sawant out of office. The Recall Sawant campaign has raised nearly $1 million, and more money is coming in. These corporate heads, big real estate developers, Trump donors and other right-wingers were able to get a recall vote set for Dec. 7, a time when there is usually a very low turnout of working-class voters.

But Sawant has allies. She is backed by 21 labor unions; Socialist Alternative, of which she is a member; Rev. Robert Jefferey Sr., of New Hope Baptist Church; Rebecca Saldana, Washington state senator; Noam Chomsky, author and activist; and Nikkita Oliver, community leader and City Council candidate. Sawant also has the support of over 1,500 workers and students, who have volunteered for the Kshama Solidarity Campaign. They all say “Vote NO” to the recall on Dec. 7.

Defend Kshama Sawant and the Right to Protest — Reject the Recall

Kshama Sawant: We Must All Back the Courageous Carpenters’ Strike!

Kshama Sawant: Solidarity with Union Carpenters in Their Fight For a Good Contract!