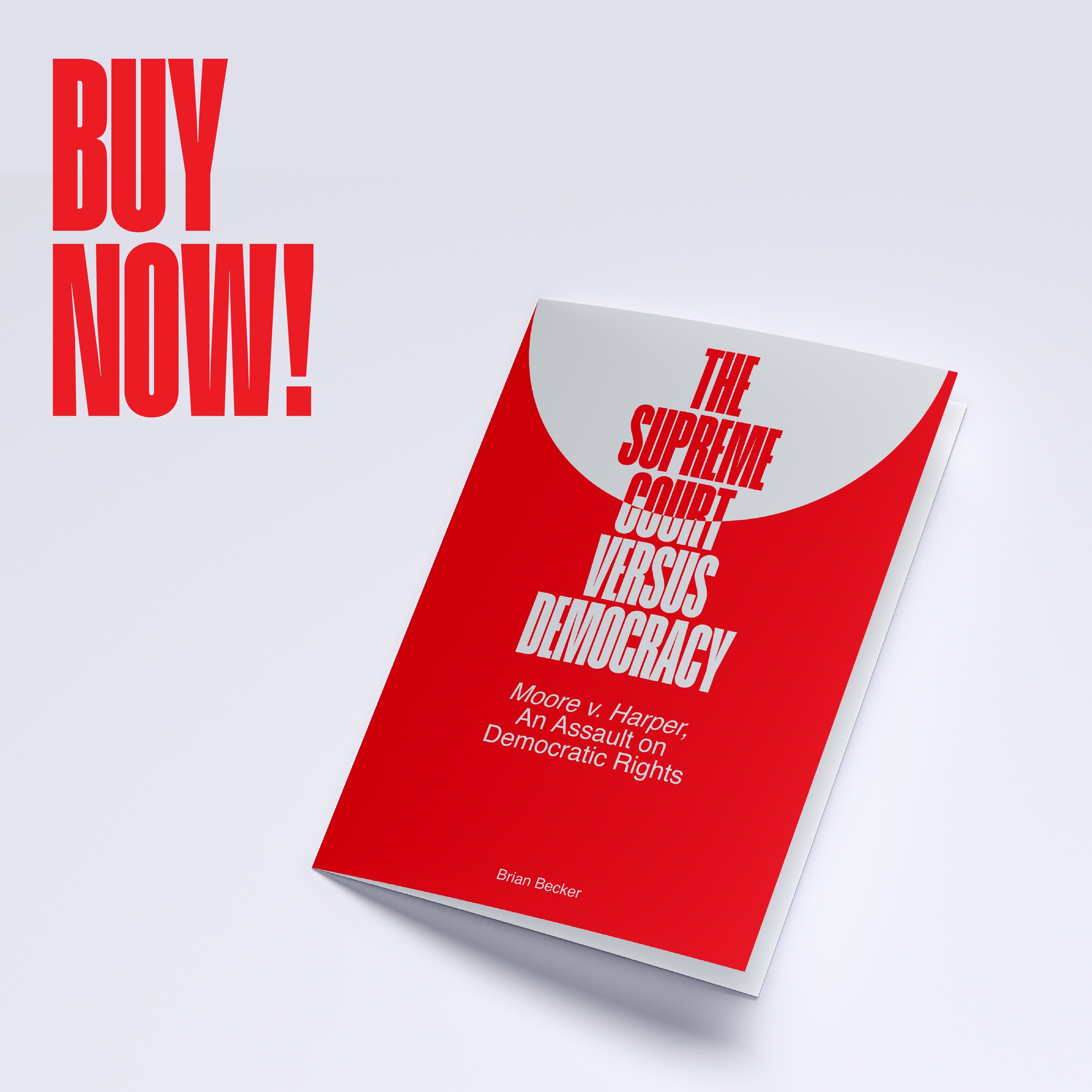 The newest pamphlet from the Party for Socialism and Liberation exposes the attempts of the right wing of the capitalist ruling class to alter the form of the political system in the United States to destroy core democratic rights. It focuses on Moore v. Harper, a Supreme Court case that could pave the way for a new form of government permanently dominated by the ultra-right that dramatically reduces Black voting rights.

The pamphlet is based on a speech given by Brian Becker at the Fifth Party Congress of the Party for Socialism and Liberation in July 2022. Becker is a founder of the PSL and the National Director of the ANSWER Coalition — Act Now to Stop War and End Racism. Becker is a co-author of the PSL’s recent book titled Socialist Reconstruction – A Better Future for the United States. He is a regular commentator on domestic and international affairs through his podcast, The Socialist Program.

This pamphlet, The Supreme Court Versus Democracy: Moore v. Harper, an Assault on Democratic Rights, outlines key tasks for progressive people in the coming period. The pamphlet argues that the efforts by the ruling class to negate democratic rights could lead to the opposite outcome — a revolutionary explosion — if the socialist movement is politically prepared for the new situation.

Buy the pamphlet NOW on the Liberation Store!