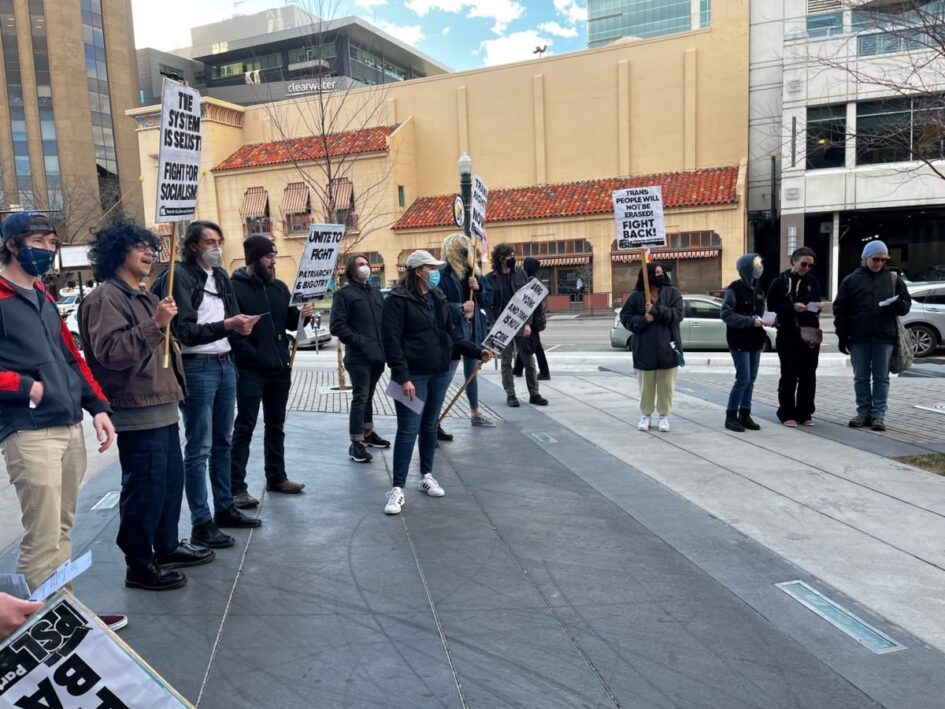 The state of Idaho has seen a wave of hateful bills. On March 23 Idaho Gov. Brad Little signed into law Idaho senate bill 1309 which allows families to file civil lawsuits against abortion providers. Effectively this bill divides families and adds an additional roadblock for women seeking abortions. HB 666, which did not pass in the state senate, proposed to make libraries liable for distributing “harmful” materials, effectively criminalizing librarians for letting minors check out books. House bill 675, which also failed to pass in the senate, would have made it a felony for doctors to provide medical treatment to transgender youth, with the punishment being up to life in prison.

On March 16, members of the Idaho Party for Socialism and Liberation organized an event protesting Idaho house bill HB 675. The protest was well attended with dozens of people gathering on the steps of Boise City Hall speaking out against the transphobic bill and bills like it being pushed across the country.

Ostensibly, the bill’s sponsors said HB 675 would prevent young trans people from transitioning and regretting it later. Detransitions are not common in the trans community, accounting for only 13% of trans people. Eighty-two percent of transgender people who detransition don’t do so because they regret their transition, but because of a lack of support from family and the stigma against trans people. It is well-known that gender-affirming care is life saving for trans kids, having been proven to reduce suicide rates in the trans community. So what exactly was the point of this bill? To inflame transphobia and divide the working class against itself.

In Idaho, our fight is just starting. Although our task is daunting, it is great to know that people will come together in solidarity on a windy March afternoon. It is up to us to organize strong opposition to the incessant barrage of the discriminatory bills of the ruling class, and fight back against transphobia and all other attempts to divide the working class.

A huge step forward for trans protest in Britain

What Is the Florida Anti-LGBTQIA+ Bill and How Can We Fight Back?

In San Diego, our comrades leafleted and spoke with organizers…