Each week new evidence emerges that U.S. capitalist institutions mismanage society and sabotage any actions that might aid the working people — who create all of society’s wealth. 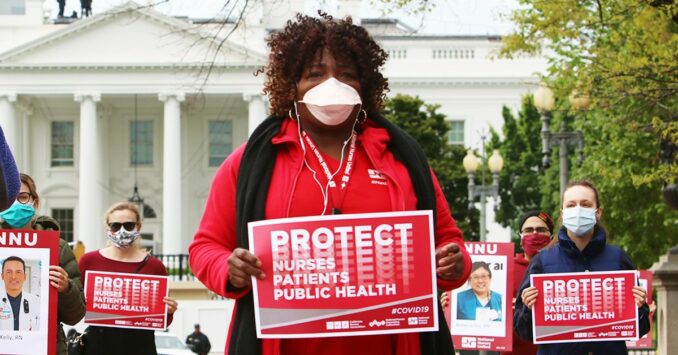 In mid-January the Supreme Court reaffirmed its historic role as servant of profiteering monopolies, a role it has played since it assumed the position of arbiter of the Constitution when the U.S. was still a slavocracy. Appointed for life, SCOTUS members answer directly to no popular institutions. SCOTUS has conserved the property of the rich, whether these rich be enslavers of humans or information technology centibillionaires.

The Supreme Court is not only a pro-property institution, it is currently dominated by ultrareactionary individuals. Its right-wing majority includes those who earn the revulsion of every worker and oppressed person in the United States with each decision they make.

With its Jan. 13 decision, SCOTUS blocked the Labor Department’s Occupational Safety and Health Administration from enforcing a mandate on large employers aimed at protecting workers from COVID-19. OSHA had previously told these big corporations they must ensure that their employees who worked together with other workers or the public were either vaccinated or would be regularly tested.

OSHA was founded in 1970 as a concession to workers, with the stated goal of preventing fatalities, injuries and sickness on the job. It is part of the capitalist government bureaucracy. Nevertheless, OSHA provides an opening for workers, in unions or not, to resist the bosses’ neglect of safety measures in their inexorable drive to maximize profits.

While there are many dangers on the job, the current overriding danger is from the COVID-19 pandemic. U.S. corporations, following their drive to produce maximum profits for their shareholders, have rushed to bring their workforce back on the job with little-to-no consideration for their safety.

The corporations’ existence as profiteering institutions depends on their willingness to sacrifice their workers. That this choice is inevitable and legal under capitalism makes it no less of a crime against the working class. Those who make the decision should face judgment from the workers whose lives they threaten.

Neither the last administration, which sabotaged public health, nor the current one has shown competence in combating COVID-19. By imposing a safety mandate through OSHA, however, the Biden administration attempted to pressure all the big corporations to act together to increase worker safety. Many bosses refused to sacrifice profits and sued to stop the mandate.

The message from SCOTUS to the working class in the U.S. is clear:

Either form unions that can directly impose safety requirements on the bosses and corporations, under workers control, or sacrifice your health and life.

Organize in the long term to replace the capitalist system — which not only exploits workers but kills them — with a system that puts human safety before profits — socialism.

The struggle over COVID safety in universities

Capitalist World Leaders Are To Blame for COVID Nightmare