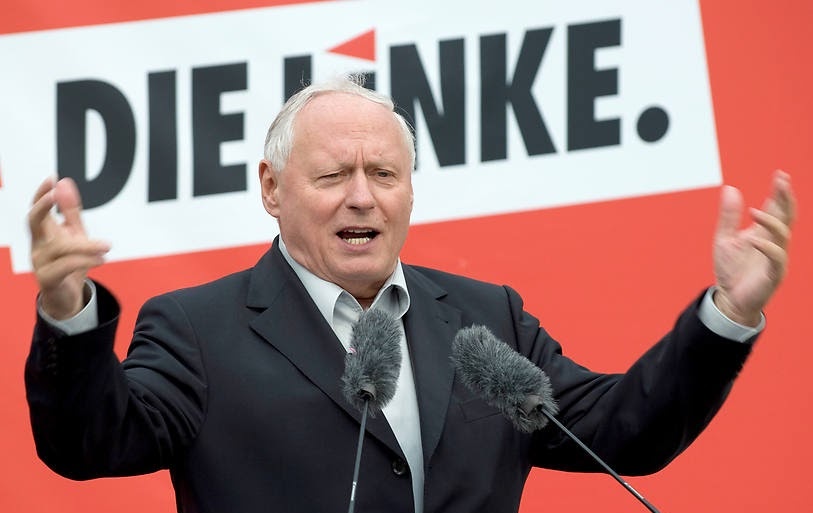 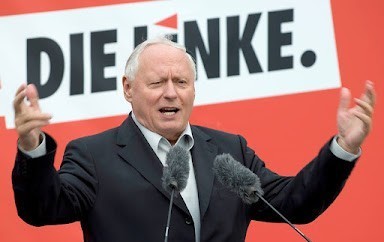 Oskar Lafontaine, one of Germany’s prominent social democratic politicians, has left Die Linke, the party he co-founded in 2007.
“I wanted there to be a left-wing alternative to the politics of social insecurity and inequality on the political spectrum, which is why I co-founded Die Linke. Today’s left has given up that claim” the 78-year-old politician announced on Thursday in Saarbrücken.

According to Lafontaine, the background is “the gradual change in the political profile of the left” from 2015. It has become a party “in which the interests of employees and pensioners and a foreign policy based on international law and peace are no longer the focus”.

In March 1999, in a dispute with Chancellor Gerhard Schröder, Lafontaine resigned as chairman of the SPD. In 2005 he left the SPD and in 2007 he co-founded Die Linke.

Die Linke: A party of the bourgeoisie

A member of the “Party of the European Left”, alongside other social democratic and opportunist parties, such as Greece’s SYRIZA, France’s PCF, Spain’s United Left, Die Linke has been a bourgeois party deeply committed to serve the capitalist system.

Back in 2013, MEP Helmut Scholz, a cadre of Die Linke, organized in the European Parliament on the 12th and 13th of November an anti-communist, anti-soviet event with the title: “I traveled to your country as a guest – German opponents of Hitler as victims of Stalinist terror: Family histories 1933-1956”.

We also remind that in July 2021, Die Linke had supported the initial decision of the Federal Election Commission to prohibit the German Communist Party from participating in Bundestag election.