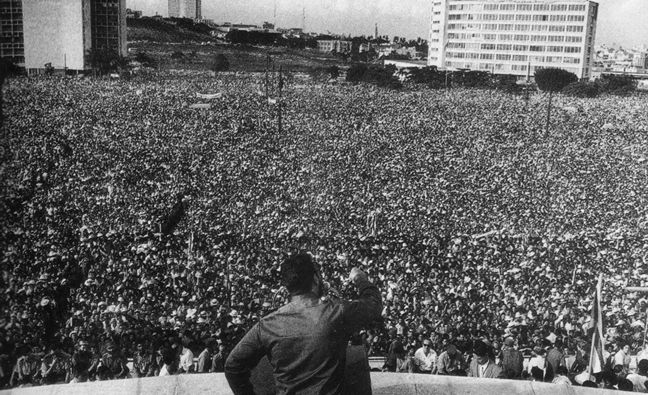 Today is the anniversary of the speech Fidel Castro gave before a crowd of one million people announcing the First Declaration of Havana on September 2, 1960.

As the Great Soviet Encyclopedia outlined in 1979:

The Havana Declaration of 1960, or the First Havana Declaration, was adopted by the First National General Assembly of the people of Cuba on Sept. 2, 1960, in Havana. The declaration was the response of the people of Cuba to the Declaration of San José, adopted in August 1960 at the seventh conference of foreign ministers of member nations of the Organization of American States (OAS) in Costa Rica. The aim of the San Jose Declaration was to create a legal basis to justify the aggression of the USA against revolutionary Cuba.

Full speech and declaration: Speech delivered by commander in chief Fidel Castro Ruz at the great popular rally staged by the people of Cuba at the Civic Square of the Republic on 2 September 1960

‘Fidel belongs to the working people of the world’ – The Militant

The US Isn’t Done With Afghanistan