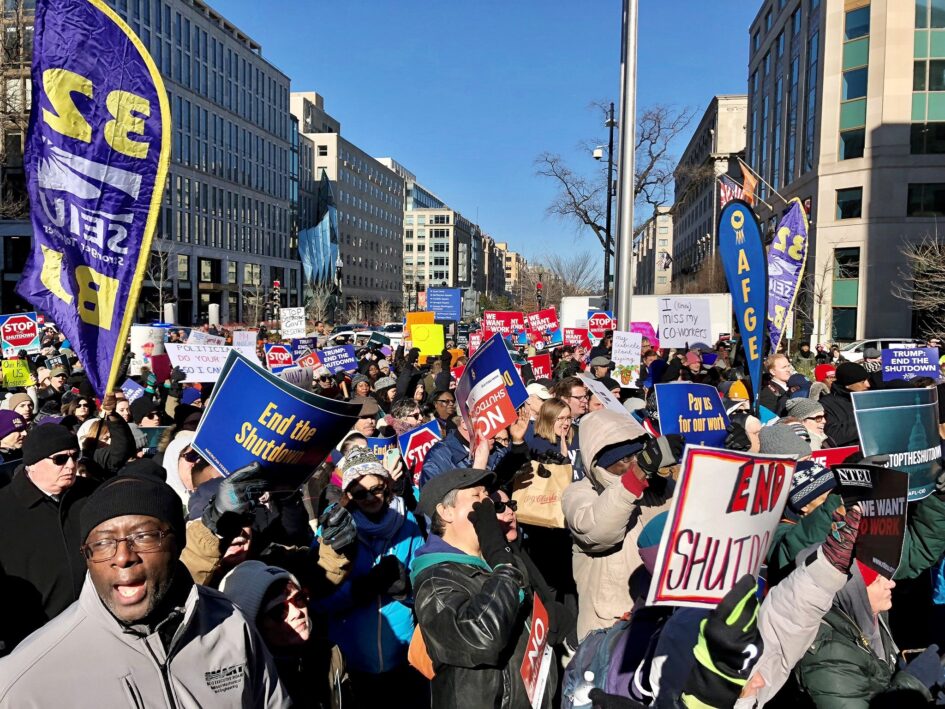 Across New York State, over 1.2 million residential gas and electric customers are 60 or more days behind on their utility bill. The total debt owed—nearly $1.8 billion—has more than doubled since the start of the pandemic. These households are all at risk of having their utilities shut off April 15, as New York’s utility shutoff protections expire.

The Public Utility Law Project (PULP) estimates that there is over $1 billion of debt in telephone, internet, and water services each. Combined, this amounts to almost $4.8 billion in missed payments for utilities during the pandemic that residents are liable for with the end of this moratorium.

In spring of 2020, New York passed a utility shutoff moratorium, protecting access to heat, water, gas, electricity, internet, and telephone services during the beginning of the pandemic. New York lawmakers allowed this COVID-19 protection to quietly expire on Dec. 21. Despite the program ending in December, current state regulations urge utility companies to continue services until the end of the “cold weather season,” which ends on April 15.

This could set off the largest wave of utility shutoffs the city has ever seen. In response, state officials have encouraged residents to apply for the statewide Home Energy Assistance Program (HEAP). This program can provide up to $751 towards heating assistance. However, this program is only available to households that are already receiving government assistance and/or with an income at or below 130% of the federal poverty line.

New York City and Westchester are home to over 400,000 of these vulnerable residents, who collectively owe almost $820 million just in utility bills. Low-income communities, communities of color, and the elderly will be the hardest hit by utility shutoffs, just as they have been amongst the most impacted by the pandemic since it started.

In November, PULP along with the American Associations of Retired Persons (AARP), the Asian American Federation, the Hispanic Federation, and other groups sent a letter to Gov. Kathy Hochul and state lawmakers warning them of the impending crisis.

“[H]ouseholds statewide have been plunged into intractable debt that might take a decade or more to resolve,” the letter states. “This debt will impair credit, require New Yorkers to choose between medical, food or utility arrears spending, and reduce economic activity that is essential to preserving the viability of New York’s communities and small businesses.”

The organizations then urged state lawmakers to allocate a portion of federal pandemic aid to bail out these residents. Specifically, advocates call for $1.25 billion for unpaid energy bills, $400 million for water bills, and $200 million in tax credits to forgive water, telephone, and internet bills. Gov. Hochul’s current budget proposal includes $2 billion in COVID-19 relief, but the details of how the money will be allocated have not yet been determined. The deadline for lawmakers to set the budget was April 1, only two weeks before the potential shutoff.

Utilities shutoff another attack on the working class

The risk of a utility shutoff is only the most recent attack on New York City’s poor and working class. The city’s COVID-19 eviction moratorium lapsed on Jan. 15, leaving hundreds of thousands of residents at risk of eviction. Residents can still apply for ERAP today, since having an open application barrs them from eviction regardless of funds available.

Even more recently, New York City Mayor Eric Adams has authorized over 240 street sweeps across the boroughs, destroying the shelter and belongings of the city’s houseless population. Adams does this because he claims that the efforts are meant to push the houseless into shelters providing “health[ier] living conditions,” despite numerous reports to the contrary.

This crisis also comes soon after New York gas and electricity providers came under fire for skyrocketing bills this past winter season, seeing prices rise as much as 121% in a month. In response to the outrage of their customers, Consolidated Edison executives say that they are currently “reviewing their billing practices.” Residents impacted by this price gouging are eligible to apply for HEAP.

Across the country, politicians and lawmakers are ending pandemic-era protections, leaving the working class with billions of dollars in debt during a time of rising rents, hyper-inflation, and food shortages.

Organizers, however, are determined to fight back against these nationwide shutoffs.

“The lack of adequate social and financial support over the course of the pandemic, and now the inflation crisis, has left communities in desperate need of relief,” Sameena Rahman stated in a recent article for Liberation News. “It’s time that these temporary relief programs be cemented into permanent social programs, and remove the power of greedy landlords, utility companies and banks to enact widespread suffering in communities across the country.”

Enough is enough! We must stand together and demand that these utility debts be canceled!