Overcoming climate nihilism and the duty of revolutionaries 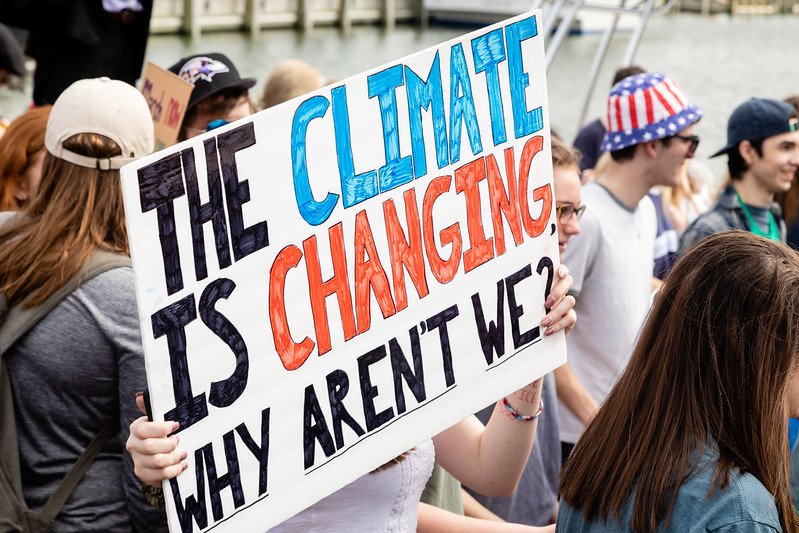 There is no place on the globe at this point that is free from the impacts of climate change. You truly have to disassociate from reality to miss it. But most don’t understand that real solutions exist that could reverse the crisis in one generation, and are unaware of all the work to heal the planet that is already happening around the globe. Without the facts, it is easy to slip into a nihilistic view and think that there is no hope of solving this crisis, and in turn, disengage from the issue.

We are constantly bombarded with heartbreaking and terrifying images in the media of our deteriorating life support system. You rarely, if ever, see reports in the mainstream media on what is really being done to address the problem through projects that are restoring ecosystems, improving biodiversity, or significantly reducing greenhouse gas emissions. And due to U.S. imperialist policies mirrored in the media, you will never hear about the immense efforts happening in communist China to electrify transportation and expand renewable energy, whose energy sector currently has three times the gigawatt capacity from renewables than the United States.

And then there’s Hollywood that keeps churning out more and more post-apocalyptic stories about societal collapse, and most recently, the complete failure of the Biden administration to implement even minor climate actions.

Before I began studying climate change and ways to solve it, I, like most others, had anxiety and fear around the issue. It’s understandable that many tend to avoid what seems an insurmountable crisis coupled with the pain and grief over what we are losing. Humanity does truly face an uncertain future, but much is happening to reverse this crisis, and much more needs to be done and can be done. We are not doomed to extinction.

But a nihilistic view on climate change hinders our collective ability to overcome the crisis. When not only the media focuses on the apocalyptic scenario, but we in our own conversations with each other do the same, we inadvertently weaken our collective power to overcome this very real and urgent crisis. By focusing on the negative, we reinforce a negative outcome.

This nihilistic view on climate that is pervasive in society is not accidental. Six corporate conglomerates controlled by the ruling capitalist elite own the majority of the media in all its forms. Ninety-eight percent of mainstream articles on climate change focus on the negative and are often a sensationalized version of the problem.

When solutions are discussed in the mainstream, it is in a way that only reinforces the overwhelm and disengagement that people feel. The solutions aren’t framed as a need for systemic change — which is in reality what is needed —  but rather as an individual responsibility, i.e., drive an electric vehicle, buy “green” products, recycle, etc. Considering that the wealthiest 1% of society has a carbon footprint equal to 50% of the world’s poorest and that 71% of emissions since 1988 are tied to just 100 companies, these individual choices by the average person cannot affect the change that is needed.

This one-sided narrative that fuels nihilism is a win for the capitalists who prefer continued profits even at the expense of our survival. No matter how tragic an event, they will always find a way to make profits. Vaccine apartheid under COVID is just one example of this “disaster capitalism.”

There were two major issues that led me to write the book “Climate Solutions Beyond Capitalism.” One was the fear I saw in fellow organizers around the issue of climate change.

The other was the complete lack of analysis from a socialist perspective in academia and in most literature. There are lots of informative writings on the problem that point the finger at the corporate plunder of the planet as the cause. Some even explain the real solutions, but there is never an alternative path laid out to achieve this transformation. This leaves the reader at a loss of where to go, further fueling demoralization.

I was incredibly frustrated with my professors in the UC Berkeley program on sustainable management because the only solutions discussed were those that fit within the capitalist free market, i.e., carbon trading schemes, regulatory mechanisms, corporate incentives and consumer choices.

The international scientific community, including the thousands of climate scientists that contribute to the regular UN IPCC reports, convey these real solutions to rapidly transition off fossil fuels, stop environmental destruction and restore ecosystems. Many of these same scientists also point to the nature of the capitalist imperialist system as the cause, but they also fail to provide an alternative.

This limited analysis is largely a result of the long history of anti-communism, particularly in the United States, that to this day creates a misconception of what socialism is. And for those who may believe that socialism is the path forward, this anti-communist legacy often imposes a self-censorship that restricts the discussion safely within the dominant narrative for fear of being discredited in academic circles and never published.

Through my book, I sought to fill a void by providing an accessible resource on the problem and concrete achievable solutions by analyzing the issue from a socialist perspective beyond the restrictions of the narrative of the capitalist world order, and in turn hoped to inspire optimism and action.

The challenge and the way through

Very real and achievable solutions exist. There is no quick fix single solution. We must tackle the problem from many angles. And it will require work. It will take time and sacrifice from all of us. There will be setbacks and there will be losses. There are many things in the natural world that will never be the same again. But we can heal the planet and build a sustainable future for all life.

As organizers, the challenge is how can we lead our class in the struggle for liberation if we at the same time believe that humanity is doomed to extinction in the not too distant future? Climate change is and will continue to increasingly impact the lives of the working class and will exacerbate all the other hardships and oppressions that our communities face. The climate crisis in the near future could very well be the spark for a major upsurge of mass struggle. And we must be ready.

We, as revolutionaries, who have dedicated our time and energy and often decades of our lives to the struggle for the liberation of humanity, for socialism, have to overcome this nihilism if we are to successfully lead our class.

We cannot allow this nihilistic view on climate change to paralyze us. It is counter to the dialectical materialist view of the world that we espouse and it is not based on facts. Humanity does have the tools and knowledge and it is not too late, but many are misinformed. We can reverse climate change in one generation if we begin the transformation now. And if we wait, it will be harder, it will take longer, more will suffer, more species will be lost, but even then, we can still reverse course toward healing the damage and mitigating the impacts for future generations.

I challenge my fellow revolutionaries to face the climate crisis, educate yourselves, read “Climate Solutions Beyond Capitalism,” and seek support from comrades who understand the issue and hold optimism. We must learn about the solutions, be in discussions on the issue, and inspire our class into action as we do on so many other issues.

As revolutionaries, we are visionaries. How else could we fight for a socialist future without having a vision of a better world? Same goes for climate change. We must stop imagining the apocalypse and start imagining the eco-socialist future. It is key to getting there.

Why Black Revolutionaries Must Stand with the People of Nicaragua

Biden, stop the U.S. war on socialist Cuba! End the funding of counter-revolutionaries and…