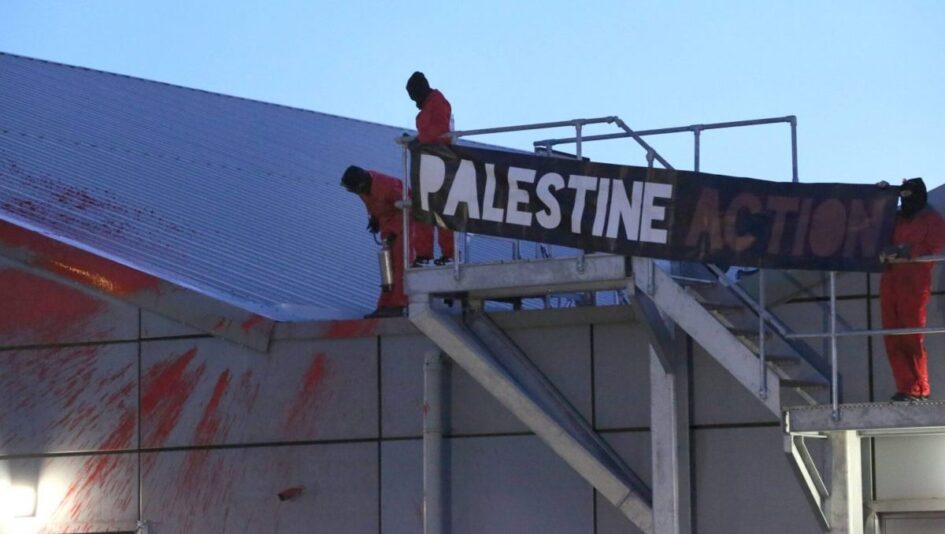 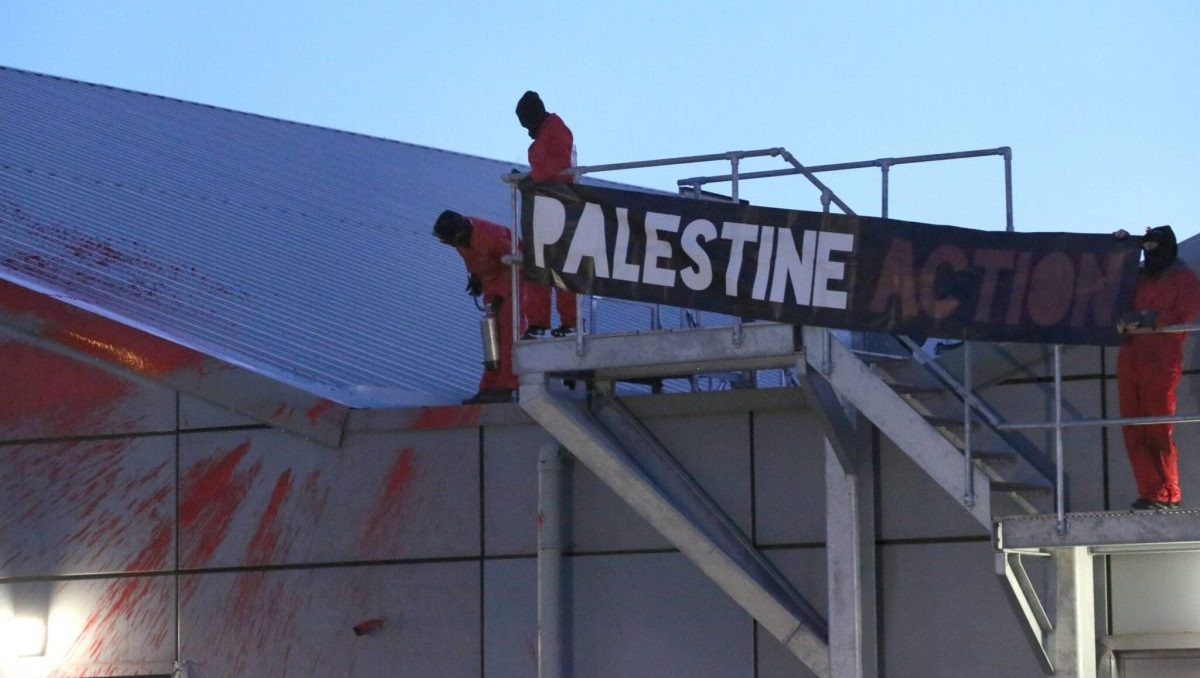 Palestine Action Scotland have shut down the Edinburgh factory of Leonardo UK, occupying the roof of the site forcing its closure and preventing the operations of a company deeply complicit in the brutalisation and murder of Palestinians. At 5:00am this morning, four activists entered the site, despite the high security and double fence, and have begun dismantling the site – taking apart electronic equipment, air conditioning systems, windows, while covering premises in trademark red paint, symbolising the blood spilt with Leonardo weapons. The activists intend to maintain the occupation for as long as possible at the factory of Leonardo UK, 2 Crewe Road North, Edinburgh EH5 2XS, to cause maximum disruption against the company which supplies a range of military equipment and targeting systems for Israel’s occupation forces.

This is the second major action by Palestine Action Scotland, with the group launching in July of last year with an occupation of Thales’ factory in Glasgow, against the French weapons company partnered in the manufacture of Elbit Systems drones [1]. This time, activists took on Italian arms firm Leonardo. Leonardo, one of the world’s largest arms companies, has extensive ties to the Israeli colonial regime, supplying Israel with Aermacchi M-346 aircraft and components for its Apache attack helicopters, all while benefitting from millions in Scottish Enterprise funding [2]. Leonardo even recently completed a merger with Israeli defence company RADA Electronic Industries, in a move that Leonardo hope will give them a “stable domestic presence in the Israeli industrial context” [3]. Operating with the Israeli weapons firm under a “One Company” branding model, the company is deeply complicit with Israel’s war crimes. The same is true of its British offshoot Leonardo UK, which applied for 26 arms export licenses to Israel between 2008 and 2021 [4].

The Edinburgh site in particular is touted by Leonardo as a specialist in ‘high-energy military lasers’. Their laser targeting systems are rigged to F-35 fighter jets, which Israel have regularly used for deliberate attacks on civilian targets [5]. The F-35 is produced by US company Lockheed Martin, who sell these jets to Israel [6] after fitting them with Leonardo lasers and targeting systems [7]. With this being the case – that products are shipped to the US for final assembly before sale to Israel – it is likely that the true scale of Leonardo UK sales to Israel are hidden.

Palestine Action’s campaign of direct action has to-date primarily targeted Israel’s largest arms firm Elbit Systems. Elbit’s range of drones, particularly the Hermes, have caused incalculable devastation in their deployments in assaults on Gaza. The Hermes drones were used in the murder of thousands in intensive bombings in 2014, at a time when these drones had been outfitted with Leonardo’s Gabbiano radars [8].

A spokesperson from Palestine Action Scotland has stated:
“We’ve taken on Thales, and now we’ve taken on Leonardo. Any company supplying Israel should be well aware by now that Scotland is not a safe place for them to conduct their deadly trade. If you assist the ethnic cleansing of Palestine, know that we’ll come and shut you down.”

Stagecoach in Scotland: next stop, strike action – News from the Frontline