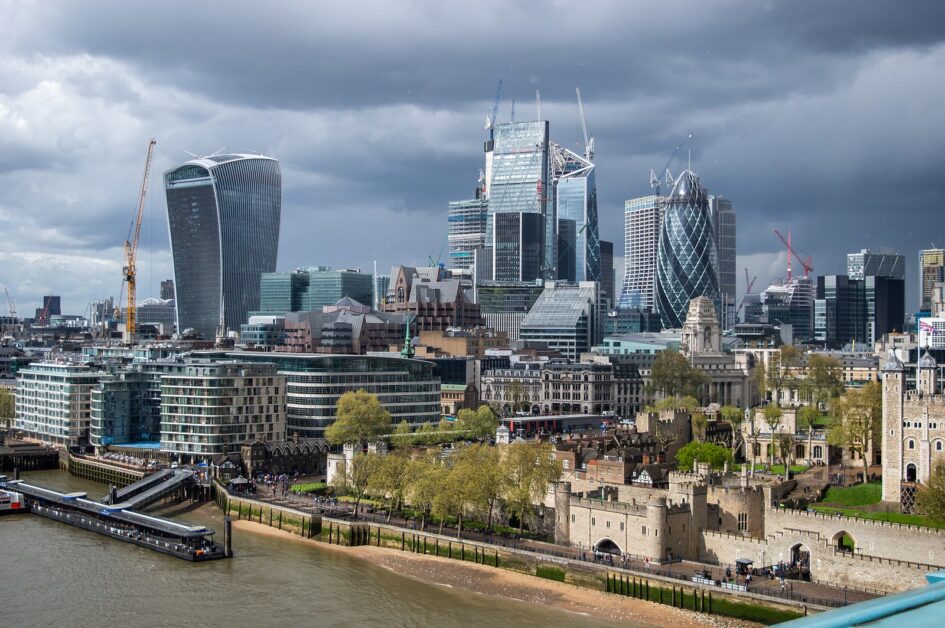 A data leak containing millions of documents amounting to 2.94 terabytes of information has partially lifted the curtain on the offshore deals and assets of more than 100 billionaires, world leaders and public officials. This leak has exposed the tremendous parasitism of the ruling class, totalling anywhere from US$5.6 trillion to US$32 trillion in offshore wealth.

Russian oligarchs are especially well represented in the leaks, with no fewer than 52 appearing in the documents, whose concealed wealth amounts to hundreds of billions of dollars. This includes oil tycoon Leonid Lebedev, who fled Russia in 2016 following accusations of embezzlement. Also named is American private equity magnate Robert F. Smith, who last year copped a $139 million settlement regarding a tax probe.

One of the biggest hoards belongs to Jordan’s King Abdullah II, whose $100m property empire was revealed in the documents. Alongside these tycoons and despots, a number of leading politicians are identified in the leaks. This goes to show that the so-called democratically elected representatives of capitalism eat from the same trough as the rest of the ruling class.

For instance, the Czech Republic’s prime minister, Andrej Babis, came to power after promising to crack down on tax evasion and economic fraud, supposedly to create a country where “entrepreneurs will be happy to pay taxes”. But it seems that Mr Babis must crack down on himself, as this latest leak reveals that he funneled $22 million through shell companies to buy a chateau in the French Riviera.

Meanwhile, Uhuru Kenyatta – President of Kenya, a country with a total poverty rate of 36 percent, and extreme poverty rate of over 25 percent – has been exposed as a beneficiary of a secret foundation in Panama, while his family own five offshore companies with assets worth over $30 million.

The so-called Pandora Papers (named for opening a veritable ‘Pandora’s Box’ of shameless wealth hoarding) reveal what we already know; that those who hold the most wealth and power are also the most corrupt. The lengths they will go to in order to protect ‘their’ money and privileges have been exposed countless times, most recently in the Panama Papers in 2016, followed by the Paradise Papers in 2017.

This rotten capitalist society certainly does constitute a ‘paradise’ for the rich, as they hide their wealth and avoid paying tax, using a combination of exclusive bank accounts, trusts and foundations in offshore financial centres. Notably, many of these measures are perfectly ‘legal’ in the formal sense. The system itself is rigged in favour of the rich, who seek to enrich themselves further still.

In short: these are not isolated examples. The entire upper strata of capitalist society is riddled with obscene wealth and dodgy financial dealings. These revelations come at a time where capitalism has never had anything less to offer with workers and youth being hit with the brunt of the crisis, whilst the rich relax in one of their many multi-million pound homes.

The UK represents a nexus point in this web of secret wealth accumulation. For instance, the leaks detail the sale of 1,500 British properties through offshore firms. Through this mechanism, super-rich investors have been able to hide their wealth, anonymously speculate on property and build up their real estate portfolios. For the rich, the property market in London represents a haven to stash their spare cash. As the leaks demonstrate, the capital city is a playground for oligarchs, money laundering criminals and corrupt politicians.

These include high-profile figures such as members of the Qatari ruling family, who purchased two of the world’s most expensive homes in London through offshore companies, and, of course, saving millions in tax.

Many of these parasites are the very same people funding the ruling Conservative Party. Take Mohammed Amersi: a prominent Tory donor with a mansion in the Cotswolds and a townhouse in affluent Mayfair, London, both acquired through offshore companies. Similarly, Lubov Chernukhin – ex-banker and wife of the former Russian deputy minister of finance – cosied up to the Tories with over £1.8 million in donations since 2012, whilst owning both a house in London and mansion in the countryside.

These donations are not mere generosity, but a quid pro quo arrangement in which the Tories reward their compatriots with policies that assist them in maintaining their ill-gotten gains, such as favourable tax rates and lax financial oversight. Not to mention the opportunity to score lucrative government contracts for their business interests. The capitalist class and their representatives in government are bound by a thousand threads.

Several leading figures in British business appear in the leaks, whose gross mismanagement of their companies has little bearing on their opulent lifestyles. For instance, the Pandora Papers reveal that retail tycoon Philip Green and his wife splashed out on a luxury property, just as their BHS retail chain went bust under the pressure of huge debts and a massive hole in its pension fund. While they arranged furniture in their swanky new pad, 11,000 BHS employees were pushed into unemployment and precarity.

Of course, they made this purchase anonymously through an offshore fund, which the papers trace back directly to the respectable ‘Lady’ and ‘Sir’ Green. A year later, they generously bought their daughter a £10.6 million home around the corner, while the Arcadia group (which owned major retail outlets, including Topshop) was driven into liquidation in November 2020, again due to huge debts and a giant pensions deficit.

The super-rich seem to live in a different universe to the rest of us. Even when their companies collapse – condemning thousands of workers to destitution in the process – these bloated leeches continue to enjoy the lap of luxury.

But it is not only rich Tory donors and decadent business people named in the leaks. Living up to his reputation as a corrupt figurehead of the capitalist class, former Labour Party leader Tony Blair also features in the Pandora Papers.

He and his wife Cherie have stressed they had purchased a multi-million pound property in a “normal way”, and have “never used offshore schemes either to hide transactions or avoid tax”. Yet the papers reveal the Blairs made savings of £312,000 by avoiding stamp duty on their lavish townhouse in Marylebone. They did this by acquiring the holding company of the property, rather than the building directly. To any ordinary working-class person, it is plain that there is nothing ‘normal’ about schemes like this.

The list goes on and on. The scale of this avarice and greed ultimately reflects the deep crisis of capitalism. The bourgeois class are not capable of carrying society forwards. They have become a fetter on human development through their parasitic tendencies: sitting on huge piles of money rather than investing it back into developing production for the betterment of mankind.

Lawyers, judges and so-called ‘respectable’ politicians (i.e., those not directly named in these leaks) all play their part in this economic scandal. The state is not a neutral arbiter above society striving for justice and equality, but bound hand and foot to interests of the capitalist class.

They conceal this with faux outrage. US president Joe Biden, for instance, ‘graciously’ pledged to bring transparency to the global financial system. Unfortunately for him, the US emerged in the Pandora Papers as a leading tax haven, greatly helping the capitalist class by offering them a way to secretly and safely invest their wealth. The state of South Dakota, for instance, allows people to avoid tax by putting their wealth into trust funds, leading to over $367 billion in stashed assets as of the end of 2020. The rule of bourgeois law conveniently makes this process easier by offering a multitude of legal loopholes for what, to any reasonable observer, is clearly economic fraud. Baker McKenzie, America’s biggest law firm, is a major player in driving wealth into tax havens, helping the rich dodge taxes and scrutiny, and even defending them if they happen to be challenged by any authorities.

The capitalist state is certainly a pandora’s box full of corruption and scandal. This is no accident. It is a very conscious decision on the part of capitalists to use all the tricks at their disposal to maximise their privileges. It is clear that no matter what rules and reforms are put into place against offshore tax havens and the like, the rich will always find a way to escape the net.

The hypocrisy on display here is staggering. The capitalist class and its political representatives will continue to attack the poor and working class through cuts, austerity and privatisations, whilst at the same time bending over backwards to protect their own wealth and privilege.

In the UK for instance, the Tory Party Conference is currently underway, with Prime Minister Boris Johnson announcing a £20-a-week cut to Universal Credit coming, and stating it is “only responsible” to raise taxes to fund healthcare. No doubt, the Tories will shy away from discussing the list of their biggest donors revealed as tax dodgers in these papers.

The parasitic rich have egg on their face today, but just like in 2016 and 2017, they will wait for the furore to pass and then carry on as before. This cannot be allowed to stand. This mountain of wealth – the product of workers’ labour, which is drained by the bourgeoisie through exploitation, and accumulated or gambled through speculation – must be expropriated and put to productive use in a society run under workers’ control.

Only by overthrowing capitalism can we do away with the immense corruption and greed of the tiny minority, which goes on alongside the impoverishment and suffering of the majority of humanity.