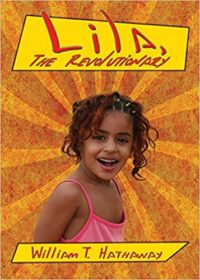 The baby-boom generation is ending its lap in the human race, and the Fridays-for-future generation is beginning its run. Generational shifts of power are symbolized by the image of passing the torch, but now what the older has to pass on to the younger seems not a torch but a time bomb, a legacy of crises.

To find a way out of the disaster, we need to look at how we got into it, the historical context. The economic and social system of capitalism shapes our times and shapes us. It is a system based on power, the ability of one group to dominate another – owners dominate workers, rich countries dominate poor countries. To understand the effects of this, let’s review a bit of history.

At the beginning of the 20th century Britain and France were the dominant powers, controlling colonies in Africa and Asia from which they extracted great wealth. Germany was becoming more powerful and also wanted colonies, but Britain and France were determined to keep them out. This conflict led to the First World War in which Germany was crushed.

During that time, people in the colonies and other poor countries were rebelling, trying to throw off domination. This movement was most advanced in Russia, where it was based on the principles of Marx and Lenin. In the chaos of the First World War, the Russian workers succeeded in overthrowing the government and creating the world’s first true socialist nation.

After the war, though, the capitalist powers tried to crush the revolution through invasion, sabotage, and economic warfare. These attacks weakened the revolution and gave Stalin the opportunity to seize dictatorial control of Russia. He distorted the democratic principles of Marx and Lenin into an oppressive, totalitarian regime. Then he and his followers shaped the communist parties of China, Vietnam, and Cuba in this dictatorial form. True socialism no longer existed and still doesn’t.

During and after the war, the revolutionary spirit spread to Germany. To squelch it, the German capitalists helped Hitler, a fanatical anti-communist and anti-Semite, seize control and become a dictator. He led Germany into the Second World War and murdered six million Jews plus other minorities.

The Jewish Holocaust set off a chain of ongoing tragedies. It led to the formation of Israel, which Britain and the USA supported primarily so they could have a base in the Mideast close to the energy reserves. Hundreds of thousands of Arabs were pushed off their land, and they were outraged at being forced to pay for the crimes of the Germans. This generated violent Muslim fundamentalism and an ongoing war to get their homeland back. Due to global Muslim solidarity and their cultural need to avenge dishonor, their resistance has now spread worldwide. The West has responded with massive violence from Libya to the Philippines to stamp it out and maintain their access to the resources. US-NATO attacks on Iraq, Iran, Afghanistan, and much of Africa have killed millions but have succeeded only in generating determined hatred in the survivors.

Ironically, the USA is fighting for oil, but the world’s single largest user of oil is the US military which is doing the fighting. All this contributes to the growing environmental disasters. Our poor planet is reeling under human assault. Our drive for consumption is reaching the point where we are consuming ourselves. The world is trapped in a ghastly dilemma.

That’s the bad news, but here’s the good news: History shows us 1) the cause of these calamities is capitalism 2) that system can be overthrown 3) the way to build a new society is by holding to the democratic principles of Marx and Lenin, avoiding both liberal reformism and Stalinist totalitarianism. The political party that I’ve found to have the best understanding of these principles is the Freedom Socialist Party. It offers a torch of knowledge worth passing on to the next generation.