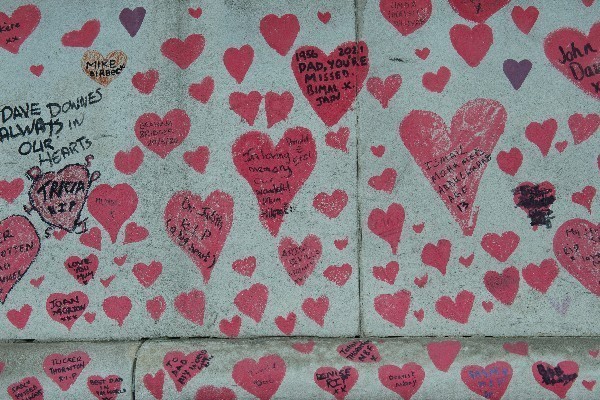 An inquiry into the coronavirus pandemic accuses the government of “misconduct in public office” over unnecessary deaths.

The People’s Covid Inquiry was set up by the campaigning group Keep Our NHS Public at the beginning of this year because the Tories have refused to initiate a formal public inquiry.

Its final report is forensic in the way it demolishes the government’s record. And, it also contains moving testimony from relatives of those who died.

It concludes that that there were “serious governance failures” that contributed to the avoidable deaths of tens of thousands of people.

And, it shows in great detail how health inequalities that predate the pandemic meant that disadvantaged groups were in the Covid firing line.

“I think there’s a clear relationship between what happened in the run up to 2020 and what happened during the pandemic itself,” said Professor Jonathan Portes, who was an inquiry witness.

Inquiry chairperson, the lawyer Michael Mansfield QC, said, “There were lives lost and lives devastated, which was foreseeable and preventable.

“From lack of preparation and coherent policy, unconscionable delay, through to preferred and wasteful procurement, to ministers themselves breaking the rules, the misconduct is earth-shattering.”

Frontline workers added to picture of Tory panic and lack of preparation—especially when it came to protective PPE equipment.

And, former Covid patient and author Michael Rosen told the inquiry that, “The issue with PPE was so appalling, they (the Intensive Care Unit at his hospital) were receiving second-hand PPE, some of which had blood on it.”

The inquiry concluded that:

She said, “So far in Britain 167,000 people have died from Covid. One of the inquiry’s aims is that those deaths are remembered as individual tragedies.

“This pandemic was predictable, and should have been predicted. This death toll was avoidable, as other countries have shown.”

The inquiry also pointed to the huge waste of public money spent on an ineffective system for testing and tracing people thought to have been exposed to the virus.

“The disastrous decision to bypass the NHS and use the private sector to run the FTTIS (find, test, trace, isolate, support) system has thus far cost the taxpayer £37 billion without, according to the Public Accounts Committee, making a measurable difference to the pandemic,” the report said.

As the world moves into yet another dangerous phase of the pandemic, it is vital that governments learn from the nearly two years of Covid.

But Boris Johnson’s refusal to assess his government’s record will surely put us all at risk again.

Misconduct in Public Office—Why did so many thousands die unnecessarily? The summary report of the People’s Covid Inquiry is at peoplescovidinquiry.com