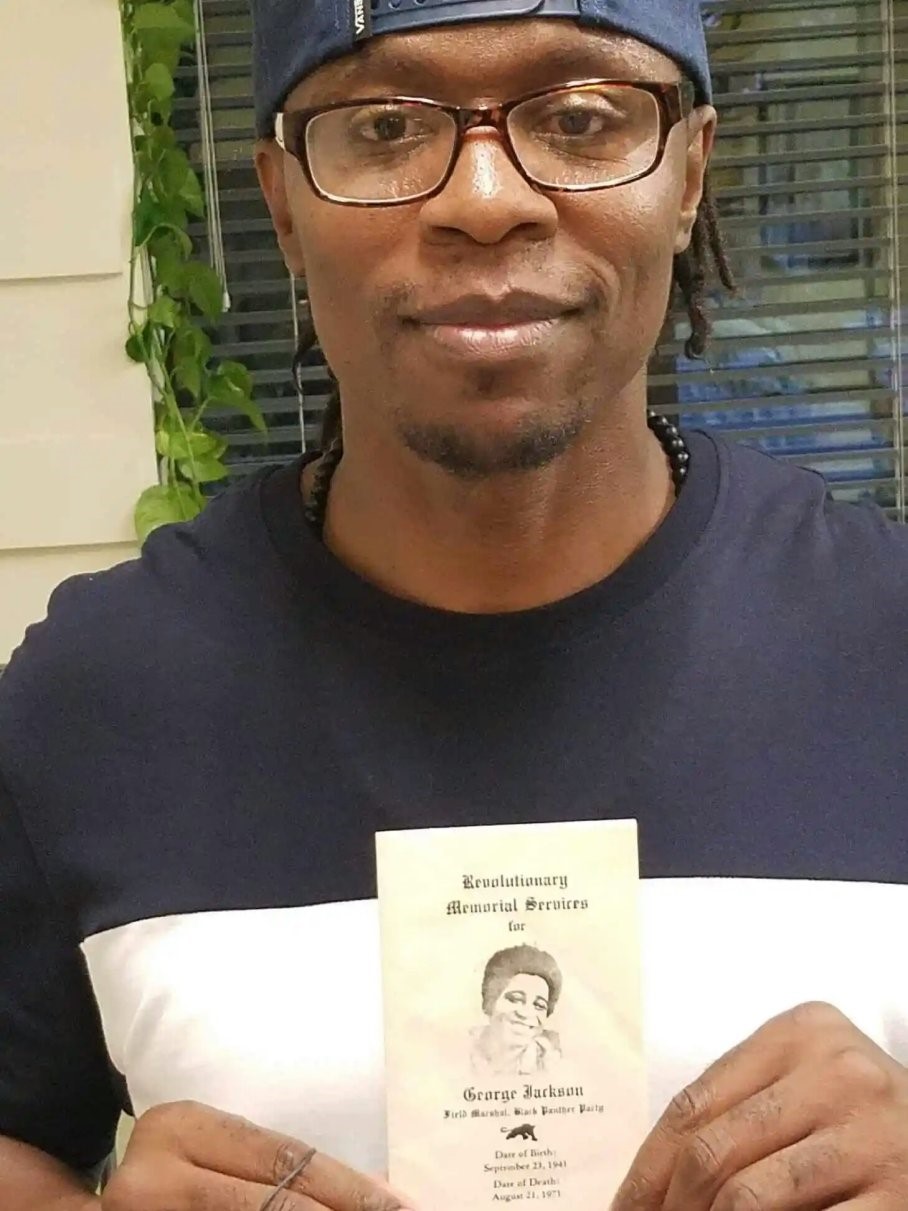 Minister King X speaks out in support of the mass release of elderly prisoners inside.

Aug. 19 — In what can only be described as a real victory for the people, the Solano County District Attorney has dropped all charges against Minister King X this morning. King was released to the community.

A formerly incarcerated person, King has been one of the primary organizers of a series of events taking place in California commemorating both Black August prisoner resistance and the hunger strike of security housing unit prisoners for justice. King, an educator and artist, is a leader of California Prison Focus and KAGE Universal.

The California Department of Corrections police had grabbed King the morning of Aug. 9 and eventually imprisoned him in the Solano County Jail. Police charged him with violating the little-known and rarely used Penal Code Statute 3571, which prohibits anyone convicted of a felony in the state to be on prison property without permission from the warden. They also charged him with a parole violation. (San Francisco Bay View, Aug. 17)

But the real reason behind this felony case was that King dared to organize and educate the movement outside prisons, on behalf of elderly political prisoners and veterans of the early prisoners’ rights movement inside prisons. On July 15, King attended a small gathering near the California Medical Facility at Vacaville, where Ruchell Magee, the longest held U.S. political prisoner, is incarcerated.

Magee, who has been in prison 58 years, is the only incarcerated survivor of Jonathan Jackson’s bold attempt to free his brother George Jackson on Aug. 7, 1970, by seizing a Marin County courtroom. Now 82, Magee had just been turned down again for parole last month. (Workers World, July 27)

The CDC and the state of California have spent the last five decades attempting to criminalize the vibrant, freedom-loving movements of incarcerated people. In language dating to the U.S. conspiracy against liberation and progressive movements known as COINTELPRO, the police report stemming from King’s arrest labeled King a “Black Identity Extremist” and a “Black Supremacist.” The FBI and other police organizations use similar language to attempt to criminalize the current Black Lives Matter movement.

A quick response by organizations including No Justice Under Capitalism, the National Lawyers Guild of San Francisco, Legal Services for Prisoners with Children, EMPACT, Poor Magazine and California Prison Focus brought rapid attention to King’s retaliatory arrest and put pressure on the state to drop the charges. King’s release today is truly a people’s victory.

Richard Tan, one of King’s attorneys and an activist in the prisoners’ rights movement, told the San Francisco Bay View, “Minister King is a peaceful man. He advocates for the Agreement to End Hostilities, an agreement to end violence across racial divides in California prisons. We’re very pleased that the Solano District Attorney elected to dismiss all the charges.”